Book where the memories/lives of adults are implanted into teenagers

I’m so sorry that is really sporadic and may sound like I’m crazy or just had a fever dream. I just remembered this book for the first time in years, and my brain won’t let it go. The details are spotty but I’ve remembered enough random plot points that maybe someone can offer a little bit of help, or a general direction to look in. Thank you so much in advance.

Any help is greatly appreciated. Thank you

This sounds like Daughter of Nothing by Eric Kent Edstrom, published in 2013. It's the first book in The Scion Chronicles Series. 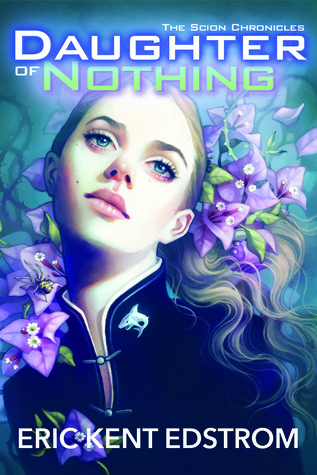 Few people even know that the Scion School exists. Tucked away on a private Caribbean island, the school is host to thirty-six exceptionally gifted students, all orphans. They train and study every day to prepare themselves for an immense responsibility, to lead humankind back from the brink of extinction.

At least, that’s what they’ve been told.

Among the thirty-six is Jacey, 17, one of four Scions in the Eagle class. She is the favorite of the 93-year-old headmaster, Dr. Carlhagen. But when Jacey overhears a conversation between a strange visitor and one of the school’s first graduates, she learns a stunning fact about her future. One that Dr. Carlhagen has kept from all the Scions.

Following the cryptic clues given to her by the school’s AI professor, Jacey races to untangle the truth of who the Scions are, and what the headmaster really means when he says they are bound for a great destiny.

This review from eager-reader.com reveals a bit more about the plot, including a crucial part which I've bolded:

I’m a fan of dystopia and felt that i kind of needed to have something in the YA genre to start off my year. I came across this series randomly and i think that there’s something interesting here.

Like the summary says, we find ourselves on an island where there’s nothing more than a school – made up of in essence a lower and an upper school – the upper made up of found ‘Nines’ 2 sets of girls and 2 boys. Really what these are, are sets of 4 per age group where they are called Scions – and are trained in specific skills, be it math, science, martial arts etc. Each has been given a specific set of skills to learn and the AI on the campus won’t allow them to deviate.

When ‘Birthday’ comes around, we see that things are about to change. Jacey our leading lady and her friend Vaughn go off to listen in on what happens to ‘Graduates’ since this class is the first. Mind you, all 18 years of their lives, they have been taught that the world outside of the island is a wasteland. There’s nothing left out there, and the Scions are being trained for greatness – to be the next leaders and to bring the world into it’s future. So when the two of them listen in on a radio and realize that things aren’t what they seem, life as they knew it would never be the same.

From that moment on, we see the true colors of things come out. Someone reports that Jacey and Vaughn were together, yet Vaughn is the only one who’s punished. Instead, Jacey finds that Dr Carlhagen, the man behind it all has taken a liking to her and lavishes her with things, and refuses to punish her. She tests those boundaries all while trying to find out the truth of things, now that Vaughn’s punishment has left him dying and she’s now paired up with Humphrey whom detests her.

The main bit of this story is really the same that we see in a lot of dystopia. The younger generation has only been taught one POV on the world, and have been forced to believe it. All it takes is for one person to question what’s real and what’s not for things to Unravel. While Jacey isn’t everyone’s favorite since she’s blamed for a lot of what’s happening, she’s strong enough (or hopefully she is) to help guide people to see the light.

The light of course is that once you graduate, a transfer is done. See, the Scions are actually Clones, and their ‘proginators’ or ‘sponsors’ are wealthy folks (as it costs over $100MM to participate) who want to stay young forever. So upon graduation, the elders transfer their minds into the bodies of the Scions and go on living life in a slightly altered way. Of course though, Dr Carlhagen has his own motives, as he’s selfish and power hungry, and he not only wants to be young again, he wants Jacey – the clone of the love that he lost at the hands of another man, and decides to make that happen.

Where the story goes once bits on information come to light is interesting. You can’t really figure out who’s to be trusted and who’s against them at moments, and i think that’s part of the charm. You’re tricked into believing things that may be false, and the question is what will that cost? who’s life will be lost.

So at the very end, we find ourselves in a place of uncertainty. Mr Justin (Dr Carlhagen’s butler) sheds light on a few things that makes where Jacey wants to take things completely impossible. So it’s up to her and everyone who knows to figure out how to change the world or at least the process at the campus on their own. And for that, we can only wish them the best. It’s an interesting idea, and i’m going to track down the next in the series since i’m intrigued. Happy 2017 all!!

4
Children's book about a talking alien baby (who lives on the moon?)
13
Book where RPG characters are portrayed as real
10
Book where a boy and girl are transported into a fantasy video game
7
Help with identifying book about talking dog from outer space?
4
Looking for a childrens/young adult book about children exploring the dark side of a moon
4
Anime/cartoon: Tony and his 2 companions find the gems that fit into the legendary book
6
Young adult horror novel series where a brainwashed girl turned out to be 100 years old and controlled by some ball lightning creatures
4
YA Book about two children who are turned into a manta/sting ray and a large bird
4
Animated film about giants abducting/eating children, and a girl being rescued by a benevolent older giant