Manga where the guy’s fiancée goes out with the hero. He sadly isolates himself in the forest, which is the most dangerous place

I'm looking for a manga where the main character goes to the super dangerous forest when his fiancée goes with the hero. In this forest he almost dies, but is saved by the status card that has a goddess. Then he sees the dragon king, and stays with the dragon's daughter as a mascot/companion. 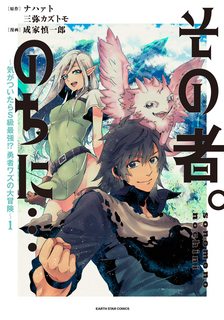 The fiancée of the main character (Wazu) leaves him for the Hero. Devastated, Wazu runs off to a dangerous mountain full of S-ranked monsters. There, he befriends a cute, chibi dragon creature. Also, the voice of a goddess starts speaking to him from within his status card, and informs him that he has a special "Bizarre Eater" skill, which allows him to get stronger by eating anything that is higher ranked than he is.

Wazu gorges himself on mushrooms and other things around him, and shortly after that, he's confronted by an enormous Dragon King, who angrily tells him to get away from his daughter (the small chibi dragon, whose name is Mear). Responding instinctively to defend himself, Wazu grabs the Dragon King's tail and hurls him away, shocking both the Dragon King and himself.

Then we cut to the Dragon King's palace, where the Dragon King has now taken a liking to Wazu, and agrees to allow his daughter, Mear, to accompany him on his travels. This is all revealed in a flashback, as the story begins after all this has already happened.

So the only thing that differs from what you described is that the dangerous place Wazu runs off to is a mountain rather than a forest, but everything else is a perfect fit. Also, Wazu does end up in an elf village in a forest quite early in the story.

Not the answer you're looking for? Browse other questions tagged story-identification manga dragons or ask your own question.