Nasa's Perseverance rover landed on Jezero Crater today. Does anyone know whether this particular area appears anywhere in Kim Stanley Robinson's Red/Green/Blue Mars trilogy? I think is somewhat near the city of Burroughs, which is submerged at the end.

Jezero Crater is located at 18.38°N 77.58°E, right on the Edge of the Isidis Basin, which would become the Isidis Sea in the Mars Trilogy, in which Burroughs is submerged. Compare the topographic Map of Mars 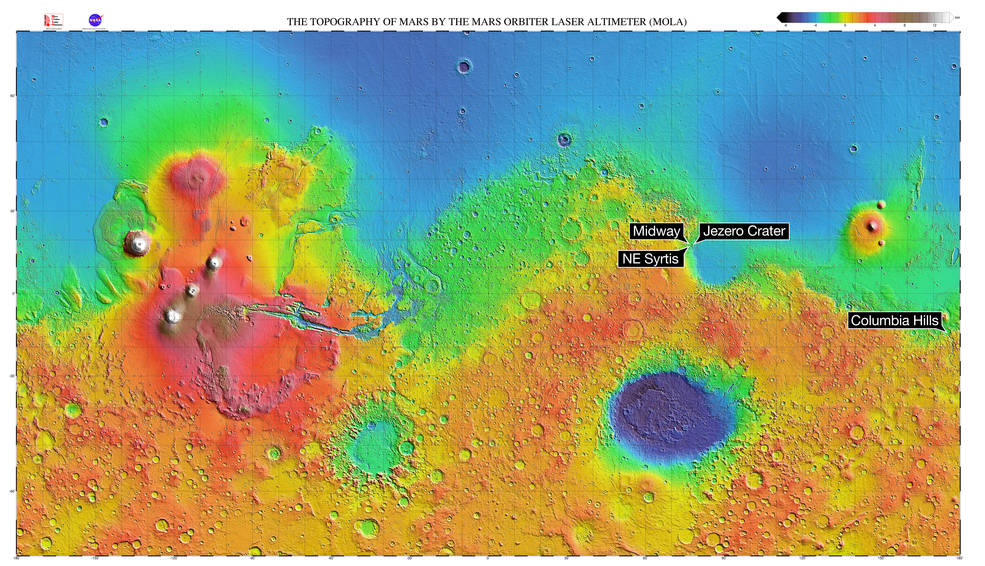 With this map from the Mars Trilogy (sadly the best I could find): 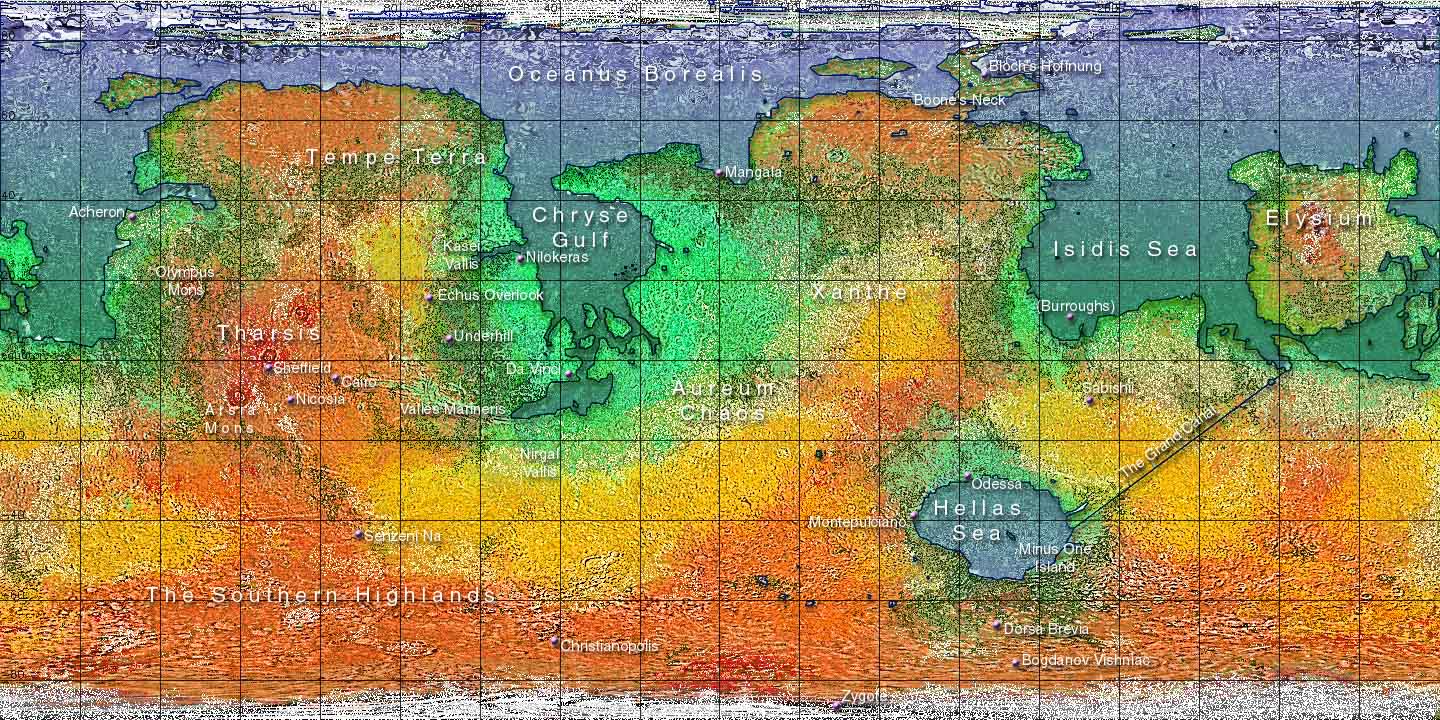 The crater itself doesn't seem to be mentioned (it wasn't even named until 2007, 11 years after the third book). Keep in mind that the surface pictures available at the time of writing were probably not that great in detail (atleast until the Mars Global Surveyor Orbiter, which only arrived one year after the last book was written).

Not the answer you're looking for? Browse other questions tagged kim-stanley-robinson or ask your own question.