My boyfriend is trying to remember a novel series he read in the early 2000s.

He describes the book as jumping through several dimensions of Earth using a portal, and having different amounts of time to stop someone from continuously messing up the timeline in each dimension.

This sounds a lot like Pendragon by D.J. MacHale published from 2002 to 2009. The first point that screamed out at me was the jumping through portals to save the timeline. The protagonist, Bobby Pendragon, was trained to become a Traveler by his uncle, a group of worm-hole travelling warriors who travel between different "Territories". In the book series their job is to prevent the destruction created by the evil Saint Dane, the antagonist, who plans to destroy "what separates order from chaos"—the very fabric and structure of the universe, known as "Halla"[1].

The Travelers were able to use portals called "Flumes" to travel between the 10 "territories" in the Universe. The flumes travel to especially important times and places in the Universe and each territory has a resident Traveler who should look after it, Bobby is resident to the territory Second Earth (set in the Early 2000s in New York City).

Two other territories are made up of different Earth "dimensions". The three Earths are set in different points of history:

The other territories range from the ocean-wide worlds of Cloral to the deserts of Zadaa and the rainforests of Eelong.

The covers can be seen below: 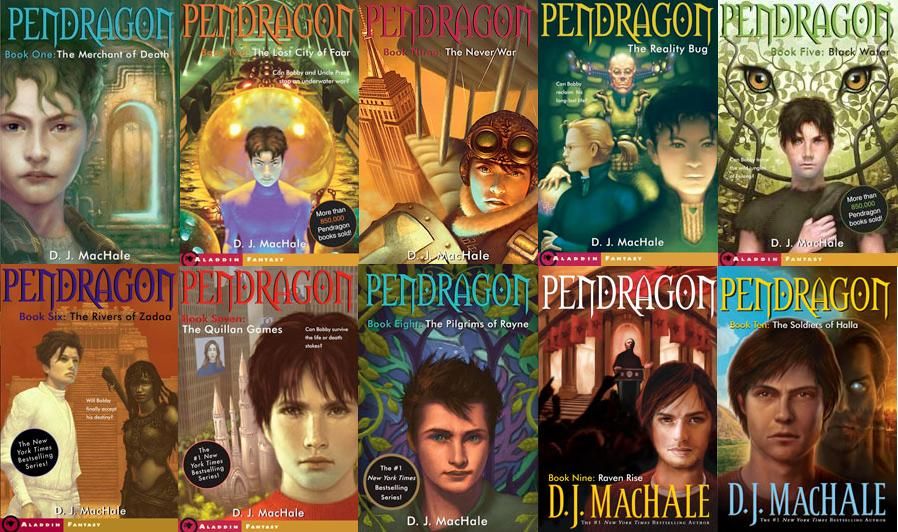 12
What novel has advanced alternate Earth humans trying to escape through portals from horrific inter-dimensional creatures?
5
90s (or early 2000s) scifi (mini)series where a boy and old man chase a black guy in metal suit
7
Story of lost tech but magic manifests
4
EBook (maybe first in a series) where people gain superpowers after an alien falls to Earth, protagonist is a single mother
4
90s-00s novel about a boy with a dimension hopping device
10
Space opera with large cat and discussion about infinite dimensions