I read this story in a sci-fi paperback magazine probably in the 1970s or 1980s, but it might have been published much earlier. It begins with a conversation between two young men (brothers?), the older of whom, it eventually transpires, has taken the place of the younger in serving as a host to insect-type creatures. The insect-types are the main form of life on the planet, and use the human interlopers/colonizers as hosts for the larval stages of their young.

Must have pre-dated the "Alien" movies because when I read it the idea of humans serving as larval hosts was new to me.

Don't remember how the story ends -- whether the emergence of the larva kills the human host.

Sounds like this could be Bloodchild by Octavia E. Butler, originally published in the June 1984 issue of Isaac Asimov's Science Fiction Magazine. 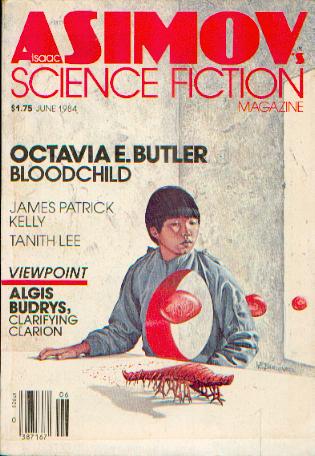 The Wikipedia synopsis is broadly consistent with what you described:

"Bloodchild" describes the unusual bond between a race of insect-like lifeforms called the Tlic and a colony of humans who have escaped Earth and settled on the Tlic planet. When the Tlic realize that humans make excellent hosts for Tlic eggs, they establish the Preserve to protect the humans, and in return require that every family choose a child for implantation. A human thus implanted is called N'Tlic.

The story is narrated by Gan, a young boy chosen before birth to carry the eggs of a female Tlic named T’Gatoi. Gan and his sisters perceive being a host as a privilege; however, their elder brother Qui disagrees, having witnessed an N’Tlic birth when he was young. Gan's own opinion changes when he is forced to help T'Gatoi perform an emergency cesarean section on a pregnant male N'Tlic named Bram Lomas, who, abandoned by his Tlic, is being eaten alive by his hatched larvae. Gan uses an illegal rifle to kill an Achti, a large animal kept on the Preserve, to provide nonhuman sustenance for the larvae.

After witnessing the graphic surgery, Gan has second thoughts about being a host and entertains suicide rather than impregnation. He questions T’Gatoi about the relationship between humans and the Tlic. T'Gatoi, who must begin to lay her first eggs that night, asks Gan if she should impregnate Gan's sister instead. However, Gan consents to impregnation on the condition that T'Gatoi allows the family to keep the illegal gun. As T'Gatoi impregnates Gan, she lovingly promises him that she will take care of him and will never abandon him.

There's a preview of a book containing the story here.

And you can listen to an audio version of it here. (Warning: it's pretty gruesome in places.)

4
Classic (high ick-factor) New Wave story about humans living with insectoid aliens
20
1970s scifi/horror novel where protagonist is used by a crablike creature to feed its larvae, goes mad, and is defeated by retraumatising him

13
Short story, human convicted of a crime on an alien planet is killed by machine
11
40s/50s short story about a mutant family with psi powers
23
ID 1970s/1980s pb sci-fi anthology: Story 1, children use high-tech toys as weapons, hold parents for ransom; Story 2, alien spy falls for Earth girl
35
Short story about a vast, telepathic, amoeba-like creature that covers an entire planet
24
Short story with brother-sister conjoined twins as protagonists?
10
Short story about a young boy who lives alone in a room and is actually under observation by aliens?
2
What is the fictional date range for "The Children of Night" by Frederik Pohl, (1964)?
13
Girl becomes involved with alien neighbours who have three genders