I remember this was an isekai manga but the main character is not reincarnated nor does he remember his past life. He was raised and taught magic and stuff like this by an old elf (the old elf says to him he is weak but in fact he is OP).

He leaves his home and goes on an adventure but soon he meets a noble lady being chased by some goblin chimeras. He saves her and she takes him to her home and after some dialog she says to him to become a magic teacher at her school and after a while he agrees.

The old elf was very powerful and the main character becomes even more powerful. He told him he was weak to not make him arrogant before he left to become an adventurer. I don't remember how he saves the lady (it was magic or a spirt/summon). She wants him to become a teacher because of his strength (to not waste his power/life?) and I classified it as isekai because it is like a isekai world (adventurers, goblins, guilds, magic, etc)

I remember he summoned something and in his chant it referred to Lucifer, but the spirit/demon was a small lady and did not had the name Lucifer.

This is Assistant Teacher in the Magical Girls' School

Lou Brandel, a genius wizard with a talent for thousands of years. One day helped a beautiful aristocratic daughter, Franc and was to be assigned to "Magic Girls' Gakuen" where he acts as a teacher! Now, the "non-standard" teacher life by the strongest wizard opens!

According to the tags, it is not an transmigration or reincarnation story at all. It does take place in another world, but with no relation to our own. It's isekai by a literal definition, but not in how the term is usually used in English.

The description is a solid match for the events of the first chapter. A noblewoman is attacked by some goblin-like chimeras... 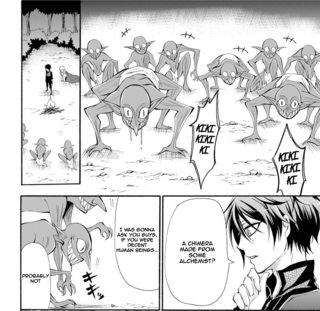 and easily dispatches them by summoning a spirit named Salamander. Afterwards, he tells the girl he was trained by a 7000 year old elf ("Arlv"). He tells her he wants to become an adventurer, and she insists she becomes a teacher instead, despite his teacher telling him he's still a newbie. 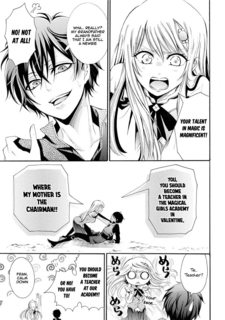 It is this one right? I have been looking for this as well.

The place where the overworked adolescent man was dropped was a different world.
Having been turned into a boy Arito, while playing with monsters, he is led by the old elven man Oost and becomes familiar with the life of the magical forest.