Space novel (trilogy?) with a ship trading with aliens

I think a trade ship of humans, and 3 alien guards who I think the race started with a K. They have 2 arms and 2 legs, armored exoskeleton, and shed their skin. They couldn't fight while shedding, and until the new skin hardened. Possibly mercenary or exploration, but pretty sure it was a trade ship. There was a series of at least 3 books, and probably published before 2000. May have been other aliens, too. I believe they were on the cover of one of the series books by the ramp.

It could be the Space Angel series by John Maddox Roberts , if some of your details are slightly different.

It has a trade ship named the Space Angel. It has two (not three) alien guards. Their race is "Viver", which starts with a V, not a K. They do have 2 arms, 2 legs, armored exoskeleton, and shed their skin. They cannot fight right after their skin is shed, until the new skin hardens.

In the second novel, one of the Vivers sheds its skin, and the other defends it until the new skin is ready.

It was a trade ship, although it gets involved with exploration. There are 2 books in the series, not 3. The books were published before 1989. There were other aliens, a crab-like being. In the attached image of the cover, you can see one Viver standing next to the ship's hatch, which is the ramp. 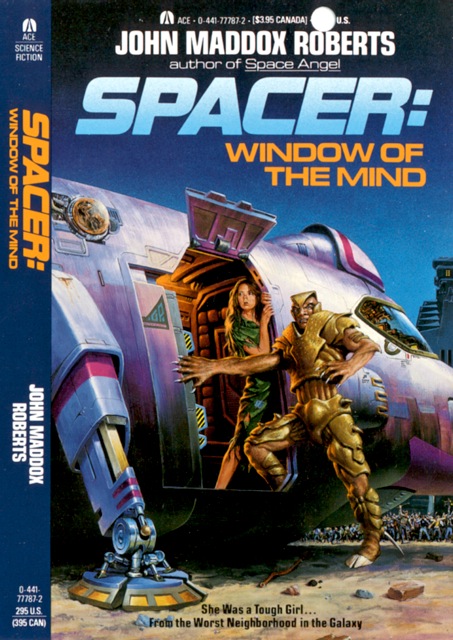