What abilities does the base non-stone Infinity Gauntlet have?

In the MCU, we know Mjolnir has magical properties, such as channeling Thor’s power. And also it gave Captain America the power to control lightning.

Also I think Stormbreaker has also the same feature (without Odin’s spell) because it revitalizes Thor when he was about to die. And also Captain America was able to summon it.

Since the gauntlet is made from the same material as Mjolnir and Stormbreaker, Uru metal, is it possible Thanos gained an ability or something from donning the gauntlet? That is perhaps why he was able to defeat the Hulk. Another related question: Can Thanos summon it as well? If not, can Thor or Captain America summon it instead?

The Infinity Gauntlet has no known extra powers, all we see is that is has the power to channel and control all of the Infinity Stones, either together or separately.

Eitri: 300 dwarves lived on this ring. I thought if I did what he asked, they'd be safe. I made what he wanted. A device capable of harnessing the power of the stones. Then he killed everyone anyway. All except me. 'Your life is yours,' he said. 'But your hands are mine alone.'

That said as the Infinity Gauntlet is made out of Uru, though I can't remember the reference for this, I think it might just be taken as granted so not necessarily true. That means it is an incredibly strong metal so at the very least it gave him armour. In fact even in its weakened form; two universe level events/Snaps we see it's able to stop Captain Marvel's photon blasts. 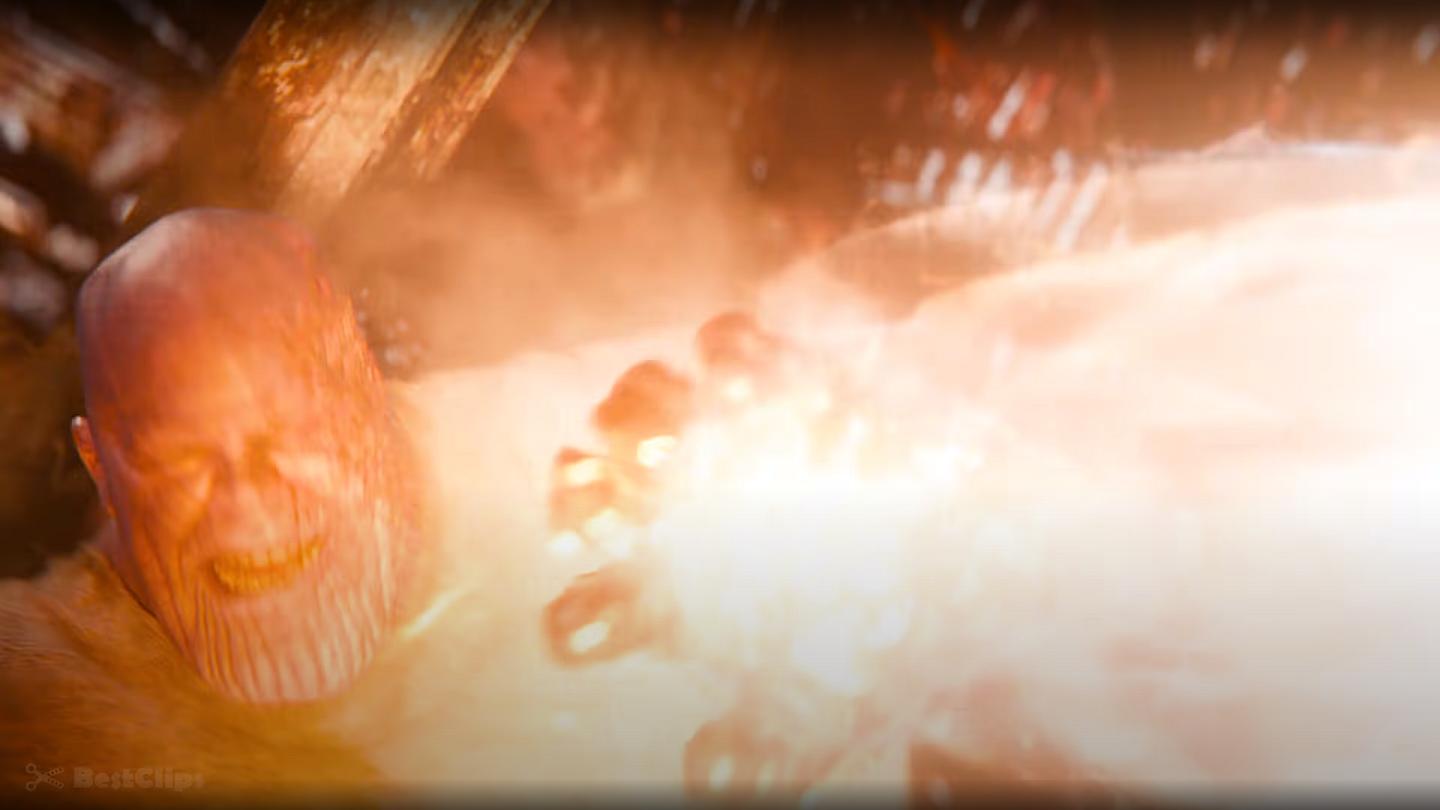 We also don't see the Infinity Gauntlet being able to be summoned. You have to remember that everything Eitri creates isn't exactly the same. We see 3 weapons that the dwarves have made for the Asgardians and each are slightly different: Gungnir can fire energy blasts but we haven't seen it being summoned and Stormbreaker can summon the Bifrost though Mjolnior couldn't. It's not just about what they're made out of but how they are made and what's added to them afterwards.

So whilst the Infinity Gauntlet might have been able to be summoned we never see it so we can't say that it can be and it likely can't.

I also think it's worth noting that the revitalisation and healing has only been shown in relation to Thor, if I'm remembering correctly. It might be possible that some of those "extra" powers, including channelling his own lightning power, might be specific to Asgardians and their relationship to the "sacred" metal Uru.

Note that the Infinity Gauntlet held no place in the fight between Thanos and Hulk, even though he had the Power Stone at that time. Thanos is simply stronger than Hulk and that is why he won.

I also just want to correct a misconception here, you wrote "And also it gave Captain America the power to control lightning." Mjolnir itself did not give Steve this power; it comes from the enchantment placed upon it by Odin back in Thor.

According to its maker, its purpose was to harness the power of the stones.

No other power is mentioned or hinted at.

Eitri: I made what he wanted. A device capable of harnessing the power of the stones.

46
How did Thanos beat Hulk so easily?

53
How does Mjolnir determine 'worth'?
18
Why didn't Thor call down lightning against Thanos?
11
Is Thanos more powerful in Endgame than he was in Infinity War?
13
Did Thanos use the full power of the Power Stone to punch Captain Marvel in "Avengers: Endgame"?
1
How did Loki deduce that Thor was there on Earth?