It's said that Wolverine's Adamantium claws are indestructible. However, when he rubs his claws against each other, it creates sparks. Don't sparks represent damage/chipping?

It should be clarified that there are at least three grades of adamantium in the comics.

Firstly, there's proto-adamantium. This alloy was created by US Government metallurgist, Myron MacLain during World War II, and was bonded with Wakandan vibranium to create Captain America's shield. MacLain never managed to reproduce this metal though, so it only exists in Cap's shield, and is considered the strongest version of adamantium.

Secondly, there's true adamantium (also known as primary adamantium). After creating proto-adamantium, Myron MacLain spent decades unsuccessfully trying to reproduce it. Eventually though, his efforts led to the creation of another alloy, true adamantium, which is considered the strongest reproducable metal on Earth. This is the type of adamantium which was used to lace Wolverine's bones.

True Adamantium is nearly as strong as Captain America's shield, and is, for all practical intents and purposes, indestructible. The degree of impermeability varies directly with the thickness of the Adamantium. A direct blow from Thor's hammer will only slightly dent a solid cylinder of True Adamantium (see Thor). A sufficient mass of Adamantium could survive a direct hit from a nuclear weapon.

For what it's worth, we have seen Wolverine's claws damaged on a few occasions, but always in alternate realities or futures. 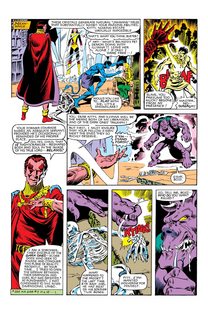 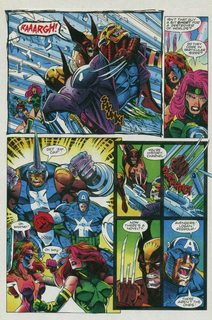 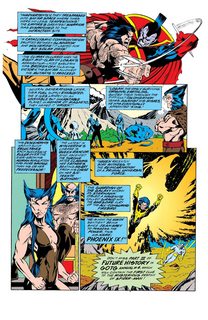 The Earth-616 version of Wolverine has taken blows from Thor's hammer and the Hulk, and as far as we know, the adamantium on his bones wasn't damaged by any of them.

Wolverine's claws were cut off by the Silver Samurai during the climactic fight scene of The Wolverine (2013), so no, they're not invulnerable. They regrew, but only as bone.

72
How to kill Wolverine?
52
Could the Hulk become powerful enough to break adamantium?
27
How could this Adamantium piece be destroyed in The Wolverine?
13
Has Wolverine ever had his claws ripped out?
5
Can Wolverine be decapitated by an Adamantium based weapon?