Is Wanda Maximoff related to Quicksilver in Dark Phoenix?

In the movie, Avengers: Age of Ultron, new characters are introduced that start off as the antagonists, but later on in the story they become protagonists. These character are: Wanda and Pietro Maximoff.

I was watching WandaVison and in one of the episodes, Wanda opens the door to find her brother, Pietro, at the door. Pietro died in Age of Ultron, and her so called, "brother" that knocked on her door, looks completely different from the last movie. I realized that this is the same guy from X-Men: Dark Phoenix.

Here is a picture for anyone who doesn't know who I'm talking about: 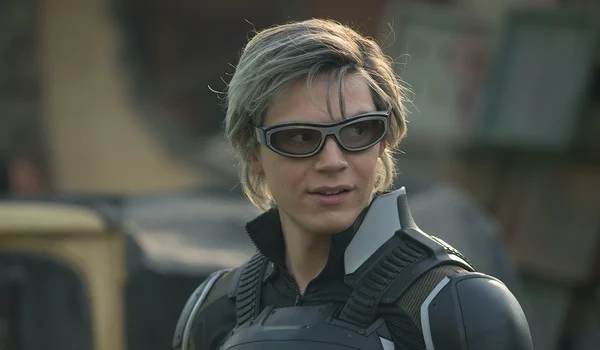 These are both Marvel movies, so it makes me think. Is the Pietro in Dark Phoenix the same one who is related to Wanda in WandaVision? And if so, why don't we see Wanda in the X-Men movies?

It’s not the same person, the one who shows up in WandaVision isn’t even Pietro but someone that Agatha was controlling.

Wanda’s brother in the MCU is the Pietro we see in Avengers: Age of Ultron who died. There’s no further relation to the X-Men Cinematic Universe, it was just an Easter Egg and to throw people in the wrong direction.

Is the Pietro in Dark Phoenix the same one who is related to Wanda in WandaVision?

In WandaVision, his appearance is an Easter egg for fans, but in-universe he is a creation of Agnes to mess with Wanda. There is even a line in the episode of how the agents working outside of Westview notice that the MCU's Pietro from Age of Ultron was "re-cast" in Wanda's made-up reality:

15
Was Xavier's surprise at Magneto's helmet ever retconned?
18
Is Quicksilver in the X-Men movies the same as in Avengers: Age of Ultron?
8
How did Bryan Singer intend to introduce the Phoenix?
11
Have Scarlet Witch's MCU powers been seen in the comics?
3
Is the scepter inherently evil in the Avengers?
9
Why is Clint not entranced by Wanda Maximoff in Age of Ultron?
5
Has Wolverine ever played a major part in an Avengers storyline?
6
What evidence is there that the two Moira MacTaggerts in the XCU are the same person?
32
Captain Marvel vs Ms Marvel clarification