Which DC (or Marvel) comic book HERO has killed the most bad guys? [closed]

Ask Question
Asked 7 years, 10 months ago
Active 4 years, 2 months ago
Viewed 5k times
9
As it currently stands, this question is not a good fit for our Q&A format. We expect answers to be supported by facts, references, or expertise, but this question will likely solicit debate, arguments, polling, or extended discussion. If you feel that this question can be improved and possibly reopened, visit the help center for guidance.
Closed 7 years ago.

Spider-Man seems to have bad luck, or at least some of his opponents like the guy that killed Uncle Ben and the Green Goblin did. There are probably others... Which comic book HERO holds the dubious record for (purposely, or accidentally) ending up with the most dead bad guys? I'm looking for a comic book universe answer, not a movie universe answer.

In my corner of the comic universe, a hero is somebody on the side of law and order. A protector of the weak, a righter of wrongs. To me, someone like Spawn would qualify as an anti hero with heroic tendencies. Venom, Galactus or Thanos, not so much.

It depends on what you really define 'hero' as, but Frank 'The Punisher' Castle has never been shy about leaving a trail of corpses.

He's more of an anti-hero, with his willingness to kill and his mental...issues, but it can certainly be argued that he fights on the side of the heroes.

As far as bodycount, well, it's high. Honestly, he doesn't tend to have recurring villains - his enemies tend to end up with large, messy holes where vital organs used to be. Since his appearance in 1974, he has no doubt racked up a 3-digit body count (mostly mooks, but still).

The most notorious slayer of beings but still considered a good guy in the Marvel Universe is... 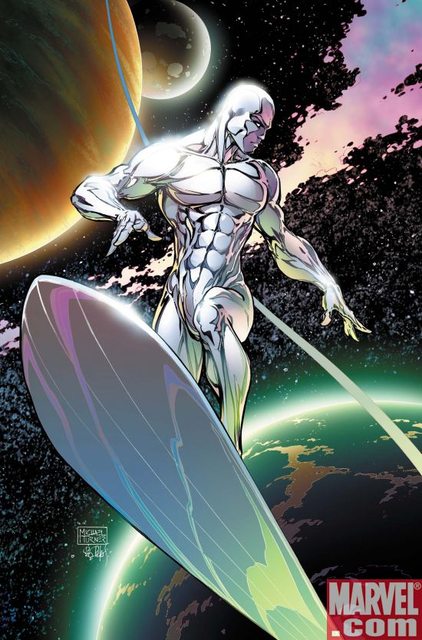 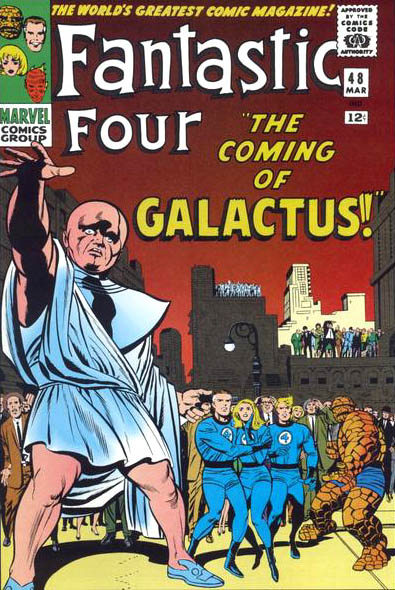 Fantastic Four #48 - "The Coming of Galactus"

I'll say Galactus. That's all he does, he eats worlds. It didn't matter to him whether they were bad or goods to him, it was just food.

Not the answer you're looking for? Browse other questions tagged marvel comics dc kill-count or ask your own question.

11
Which Earth-616 Marvel character has the highest kill count?

7
Who was the first DC/Marvel Comic book Hero character with magic based powers?
17
Who was the first established mainstream hero type comic book character that either DC or Marvel killed off and left that way?
11
Which Earth-616 Marvel character has the highest kill count?
5
Which comic book cover has had the most homages?
9
What comic book super hero/villain has appeared with the most “real life” individuals?
29
Has any Marvel or DC comic ever shown graphic nudity?
4
When or how precisely did Venom (Eddie Brock) turn from villain to hero?