Who is this character and what are her powers?

In the animated movie Justice League Dark: Apokolips War there is a character purple in colour whom I cannot identify. Who is this character and what are her powers? 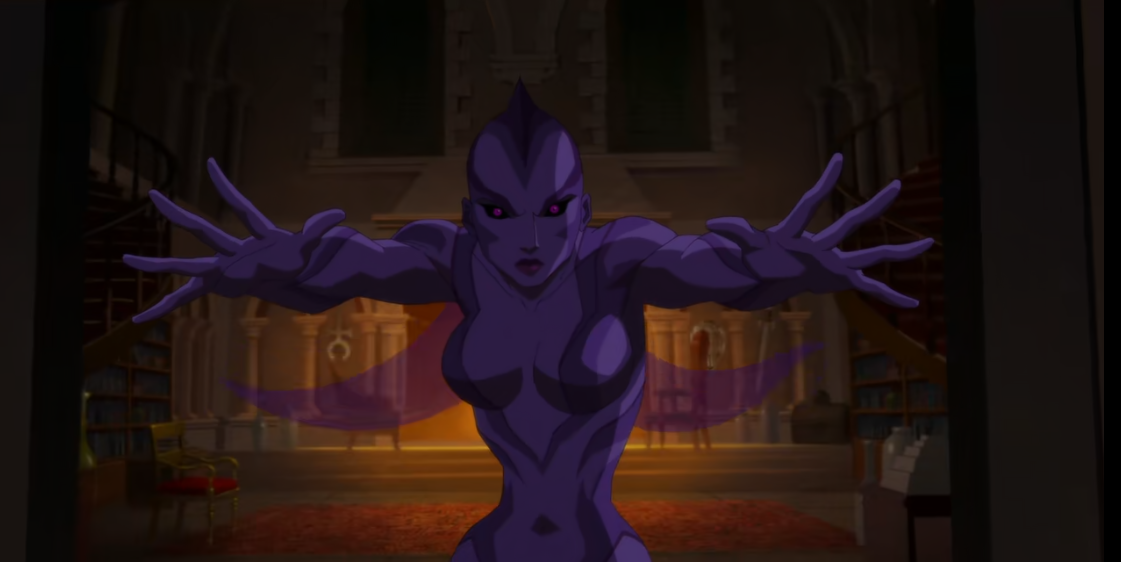 It's because it's a semi-original character for the film series. The character is Black Orchid who has super strength, durability, flight, and is a master of disguise. But in the movies the Black Orchid is a manifestation (a human form) of the House of Mysteries which is a comic horror anthology series. Her appearance seems to be a new design.

The character is Black Orchid.

Not the answer you're looking for? Browse other questions tagged dc character-identification dc-animated-movie-universe justice-league-dark-apokolips-war or ask your own question.