When did the origin of Thor change so he was no longer a doctor?

I've been reading a collection of comics books recently that depict Thor as a mild mannered doctor who is in love with his nurse (Jane Foster). Then he finds a staff and turns in to Thor but if he lets go he changes back after 60 seconds. I've been trying to work out at what time this origin was scrapped and Thor was actually just the God banished to Earth with the powers of Thor (like in the movie).

I know that it was different before the Thor movie as some of the TV Series I've watched have just shown Thor as the God and not the Doctor. In some origins he was a Green peace supporter I believe and was asked to join the Avengers. Was this a new origin story or just a extension of another one.

Any information of the origins of Thor and how these stories have changed would be great. Thanks

Thor lost his ability to become Donald Blake in Thor, Vol. 1, #337 (November 1983) when the magical ability was transferred by Odin to Beta Ray Bill and placed within his weapon, Stormbreaker. Thor returned to time-sharing a body with Donald Blake, as a fail-safe contingency after the Ragnarok saga and the death of Odin. 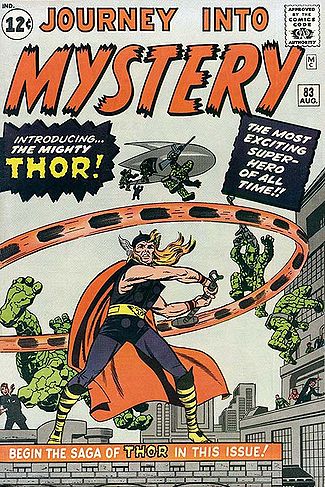 Thor's father Odin decided his son needed to be taught humility and consequently placed Thor (without memories of godhood) into the body and memories of an existing, partially disabled human medical student, Donald Blake. After becoming a doctor and on vacation in Norway, Blake witnessed the arrival of an alien scouting party. Blake fled into a cave after they heard him and began to pursue him. After discovering Thor's disguised hammer Mjolnir, and striking it against a rock, he transformed into the thunder god. 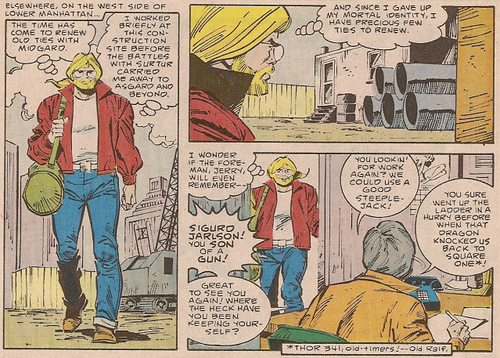 Sigurd Jarlson, secret identity of Thor, for a time.

Tanarus is Ulik, an enemy of Thor in disguise. Thor returns from the Realm of Dead Gods with the help of the Silver Surfer and Loki to defeat him.

Not the answer you're looking for? Browse other questions tagged marvel thor-marvel origins or ask your own question.

51
Was Thor unworthy during "The Avengers"?
16
Why did early Marvel writers change Thor from his legendary red-haired appearance in Norse mythology?
12
How strong are Asgardians?
21
Why was the female Thor not given another name?
24
In what sense are Asgardians "immortal" in the MCU?
7
How Did She Become the New Thor?