What is Thor's armor made of, and where does it originate from?

I'm only familiar with the movies, don't know any comics canon, but either will be appreciated in an answer.
In Thor, after he was banished by Odin to earth and stripped of his powers, he eventually is deemed worthy again. He consequently is able to wield Mjolnir, and it is shown that his scale armor is 'placed back' (over his arms).

If you are new to Thor, this may be the only look you recognize, but Thor has worn a variety of suits of armor, most ornamental, but occasionally providing protection or even augmentation of his already prodigious abilities. 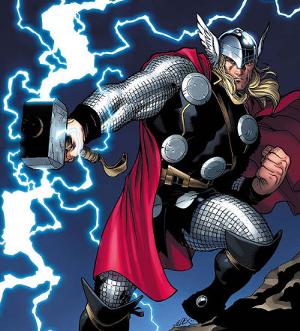 This Thor wears a suit of scale-like mail, knee-high boots, a red cape, a winged helm and several ornamental disks on his upper torso. The only piece of equipment he uses is his mystical short-handled warhammer, Mjolnir. 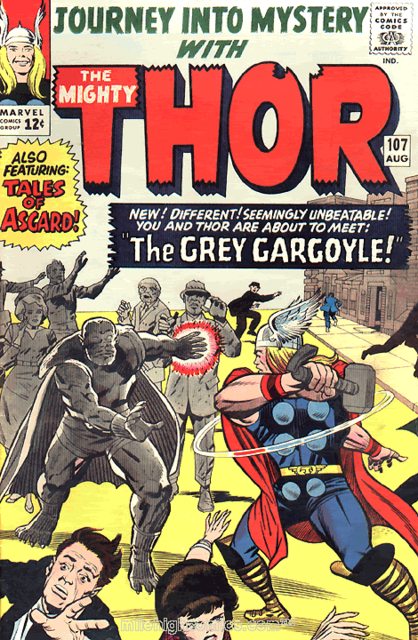 If you are reading older versions of the character, you will find he DID wear a suit of armor designed to protect him from harm. 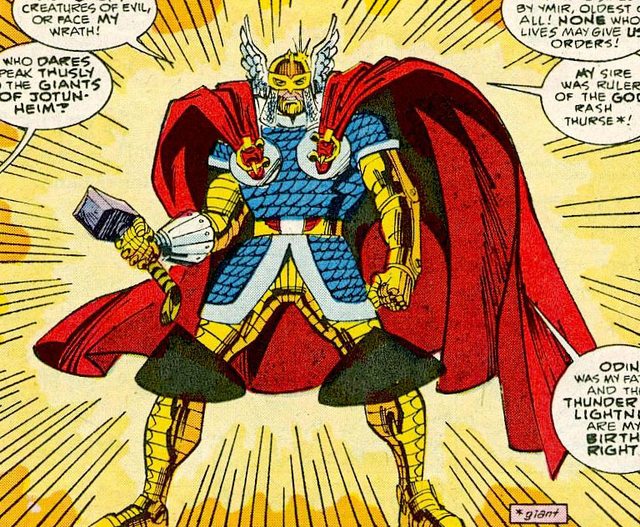 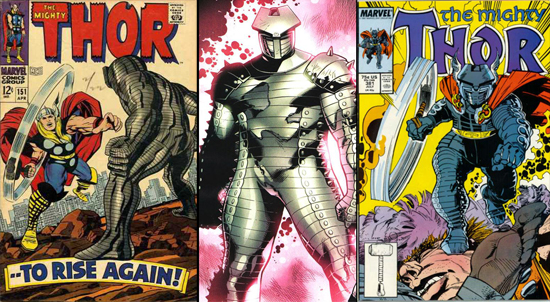 The Marvel wiki has this to say on Thor's armour:

'Forged of Asgardian Steel and enscribed with the sacred Runes of Odin, Thor's Battle Armor helped protect his body while dealing with the curse of Hela1.' He reforged it at a forge called Damascus Steel.

Apparently it is made of Asgardian Steel, which is not the same as Uru (the stuff Mjollnir is made from)

Edit
1.The curse of Hela caused his bones to be brittle and he needed the armour to keep them from shattering in combat. Afterwards, he seemed to have kept the armour, even though he didn;t need it for that specific purpose.

Not the answer you're looking for? Browse other questions tagged marvel thor-marvel composition or ask your own question.

0
What material Thor's clothes are made of?

53
How does Mjolnir determine 'worth'?
42
How much of Thor's power could Rogue steal?
14
When did the origin of Thor change so he was no longer a doctor?
16
What material is Thor's hammer made of?
17
Does being worthy negate the weight of Mjolnir?
6
You can't wield Mjolnir unless you're worthy, but has anyone ever stopped Thor from wielding it?
2
How is Thor's hammer imprinted?
6
In Marvel Comics, what material is the strap on Thor's hammer made of?
6
Can Doctor Strange create a replica of Mjolnir?