Manga or manhwa about someone who woke up in a fantasy world, simultaneously stuck in a girl and a guy's bodies

I need help finding a manhwa/manga about someone who woke up in a fantasy world simultaneously stuck in a girl and a guy's bodies.

I read it when I was just starting to read manga and manhwa, so I didn't really have the thought of bookmarking it. But from what I remember there was a training arc with the guy training with a beast, and the girl trains at an academy, and eventually both bodies fight each other in a tournament. The girl and guy share the same mind and personality. If anyone knows anything about this, then it would help me very much.

Might this be After Transformation, Mine and Her Wild Fantasy...? 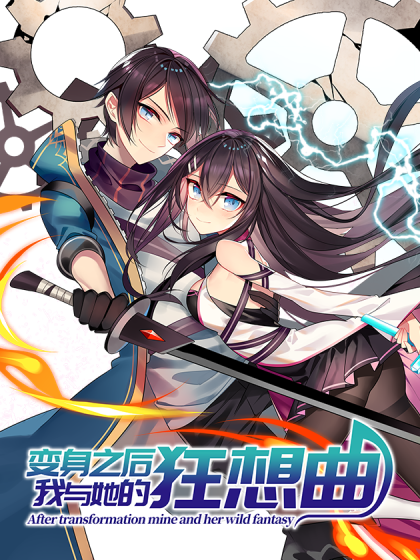 When other people experience a body transformation, it is inevitably either male to female or female to male.

Me? I wake up to find myself transformed into two different bodies.

Both a male body and a female body, one conscience operating two bodies, all sorts of embarrassing moments.

Walking together normally makes other people think that I am sweethearts with my other-self, such sadness.

Also, the entire business of a hero rescuing the beautiful maiden, I call Bull.

I get slashed by a sword and my female body gets abducted, and he wants me to thank him?!?! Can it be less of a tragedy?

This is a manhua, and the story begins with someone waking up inside two bodies; one male, named Tyre, and the other female, named Lunaria. There's an academy in the story, named Avalon Academy, and Lunaria studies magic, while Tyre is trained in swordsmanship by a large crab named Kamin, which could be the beast you mentioned. Both Lunaria and Tyre also take part in a few tournament-style competitions, although I didn't see a match where they fought each other. I wonder if you might be misremembering that part. 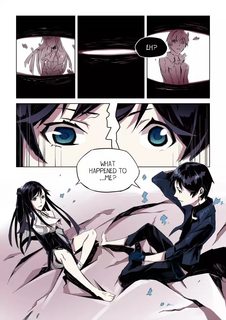 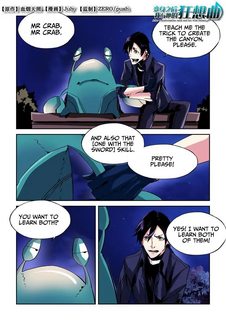 5
fantasy book about a boy drowning in ice and waking up in a fantasy world
13
Book about 4 people stuck in a virtual fantasy game world
10
Sci-Fi/Fantasy Anime about a girl who turns into a world-destroyer
1
A manga about a girl who goes back in time through a door to be with a guy who died
4
Male lead is last human surviving, who gets killed and reincarnated back to when he's a child
5
Manga where a reincarnated(?) young boy has a maid and a wolf girl who he does business with