Which book on a deserted planet with a maze and an insane ancient creature?

I want to identify the author of a book.

The plot: A spacecraft lands, possibly forced, on an otherwise deserted planet where there are ancient ruins of a high-tech civilization. A centerpiece is a great maze. The crew making their way through the maze are subjected to a variety of deadly encounters with fantastical beasts. It turns out that there is a great deal of illusion in the encounters - things are not what they seem. The resolution of all of this is that there is a lone survivor from the ancient civilization that is thousands of years old - it is a black oily creature, large, and rather like an octopus. It has psychic powers. It has gone mad from loneliness. Near the end of the book, someone manages to attack the creature directly with fire, it burns and is killed.

The book is not by Andre Norton. It occurs on an otherwise deserted planet and does not involve any interplanetary intrigue. It is not set on Mars. It does not have parallel worlds. It does not occur on multiple planets. It is a simple story about a the small crew of a spacecraft that lands on this planet and finds an ancient psychic black octopus creature that is the last survivor of its race and has gone insane through loneliness. It dies in a fire at the end of the book.

The style of the book is similar to but less sophisticated than Andre Norton. The black octopus creature is just a small single creature on a single planet. It has gone insane with loneliness and is not the Vom of Dean Foster. It controls only the maze - which is the remains of the city it used to live in.

So far the suggestions have been not really on target. I provide a lot of information here in this post, and have added some. The crucial point is that some of the respondents are insisting on not believing me about the basic plot. I recall many of the details well. What I cannot do is find this book in a Google search - especially since there are so many books with similar titles and with mazes and with ancient civilizations.

The title of the book was "the devil planet" or that with minor grammatical variations. Unfortunately, there are several books with this type of title. And this has misled lots of respondents.

It is not any of the following:

It is certainly dated earlier than 1980, perhaps than 1970. It could be earlier. It was science fiction, of course. I found a copy in a second-hand bookshop in 2004, in New Zealand, which enables me to confirm some of the details. I skim read some of it, and the ending. I regretted not grabbing it at the time - it was gone a few hours later.

The cover of the 1970s book was, I believe, blank - the separate dust cover having been lost. The cover of the book I saw in 2004, which was a small format paperback and less than 200 pages, leaves only a vague impression in my mind, but it was predominantly reddish and showed an image of a couple of people in coveralls.

The planet is unknown and unexplored, and otherwise deserted, and the antagonist is the last remaining member of an ancient race of psychic beings and dies in a fire. It is not a galactic force. These elements are the strongest in my memory. 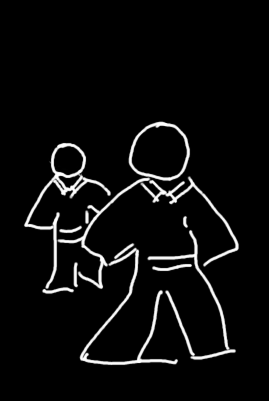 I include here a very rough sketch of the cover - the people were running toward the camera, so to speak. The drawing was a lot better, of course. This just gives the basic configuration. The drawing was done in a realistic sketch style. On the cover there are only two and only two figures (unless perhaps something tiny in the background, but I don't think so). They are wearing practical clothes (no bird-headgear) And there is not much if any background. 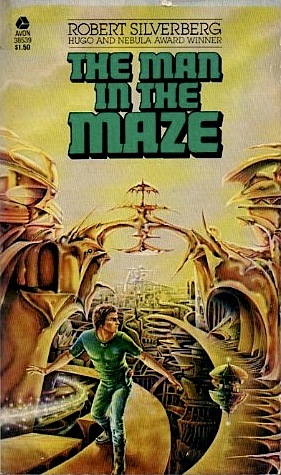 I think I know the book you're looking for cause I've read something similar when I was a child, although it was not a kids book. It was from my grandpa's collection.

It's The Man in the Maze by Robert Silverberg.

I searched for the plot just to be sure. And it follows:

The main character is Richard Muller, a retired diplomat who is forced to hide from the human race on the planet of Lemnos. He lives there in the center of an ancient city-maze, built by a vanished race. The outer zones of the maze are filled with lethal traps to discourage entrance intro the central zone.

As I said, I don't think its a kids book cause it's more centered on the philosophy of the meaning of life and the search for something meaningful. But it may be the one you're looking for, I hope!

(The book has a lot of different covers, cause it was serialized before the whole content was made into a book, so you can find a lot of pictures)

This one is from the May 1968 issue of If and looks quite a bit like the description given ("predominantly reddish and showed an image of a couple of people in coveralls"). 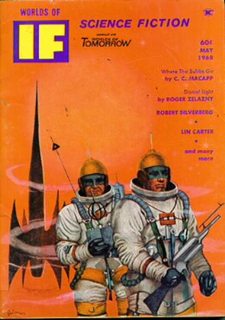 Here is a book which matches the cover and kind of matches the title, but doesn't match the plot. Is it possible that you are mixing up elements of two different books?

Witch World (1963) by Andre Norton has a Portuguese title of Mundo Diabólico. I don't speak Portuguese, but isn't that Devil World?

The cover is also quite similar to your sketch 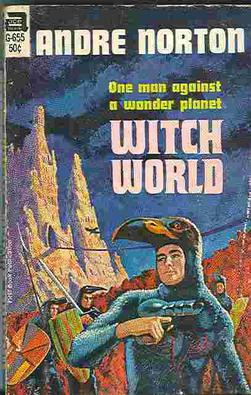 2
Book Identification with an Ice Planet
10
Book about a woman lost in a maze with doors that lead to different living places
6
Dog like alien creature with telepathic and telekinetic abilities
8
Brother/sister and two telepathic cat-like aliens crash land their spaceship in medieval Europe
7
Book about a guy in prison, on a jungle planet, with black light-absorbing walls?
29
Book Identification: Gas Giant with breathable atmosphere and burning core