Novel series about a group of 6 teens with powers (cause-and-effect, metabolism, bacteria, etc.)

I read a book in-and-around the year 2002. It may have been a young adult novel. I believe that there were at least two books in the series. It was about a small group (5-6) of modern-day (for the time) teens with powers. I believe that there was a tie-in to Greek mythology, with the story of Prometheus standing out to me.

I can't remember the overarching story-line, but I do recall a few details:

I don't remember the ending. I thought it was called "the eater of souls" but none of my searches online returns anything like what I remember. I wanted to recommend the book to my nephew, but I can't figure out what it was. Thank you for any help you might be able to offer.

Sounds like the Star Shards Chronicles Series by Neal Shusterman. It's comprised of three novels, published from 1995-2002. 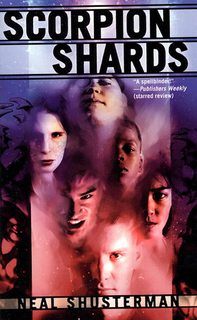 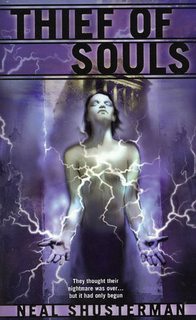 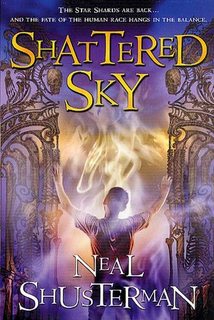 According to the TV Tropes page, the trilogy centres on six high school students who gained powers as the result of a star that went nova at the same instant they were conceived:

The Star Shards Chronicles is a trilogy of novels by Neal Shusterman. It follows the struggles of six Ordinary High School Students who were conceived at the same instant that a star exploded light-years away. The coincidence of their birth caused them to receive extraordinary powers; however, as our story begins, our heroes' abilities have been corrupted and twisted against their true purpose by unknown forces.

One of the protagonists, Dillon, can see patterns:

“I DON’T SEE THINGS the way other people see things,” Dillon told Deanna that night as they dined like kings in their hotel room above Lake Tahoe. “You want to know how I started the rock slide, and how I won that pool game. I don’t know how—all I can tell you is how I see the world—and it’s different than other people do.”

Deanna just looked at him quizzically, so Dillon tried to explain. “Other people, they just see ‘things’—but I see patterns—cause and effect. I can see whole chains of events that other people can’t see. It’s like the way a good chess player can plan ten moves in advance? Well, when I play chess, I can see the entire game the moment the first move is made, not just all my moves—but every possible move—all at the same time. It’s the same thing with pool; all I had to do was look at the positioning of the balls, and I knew exactly how to hit them to make the balls go into the pockets.”

Another, Lourdes, can control people's physiology:

“She’s controlling him like a marionette!” said Michael, staring in wide-eyed disbelief. “She’s controlling every movement of his body!” Each motion Lourdes made was exactly duplicated. She wiggled her fingers; so did he. She rolled her neck; so did he. Was it just the boy’s muscles, or did it go beyond that? Could she control his heartbeat? His breathing? His very metabolism? Until yesterday, she couldn’t control her own grotesque physiology, but now the physiology of others seemed within her grasp!

A third, Tory, has a cleansing touch:

The colony of disease—this ugliness—had once found a place in Tory, but she had no room for such ugliness anymore. Now as she gripped the queen of the swarm, she pumped all of her anger into her clenched fist and drove out her own revulsion, replacing it with determination. This thing had turned Tory’s own unique power against her . . . but now the creature was on the outside, and it had no defense against Tory’s cleansing touch.

The filthy thing writhed in her grasp, the disease draining from it, its flesh fading from sickly gray to jelly-clear. Its swarm fell to the ground one by one, pattering like a fall of rain, until the queen was alone and unprotected. Without her guardians and without her filth, Tory knew this creature in her fist was nothing . . . . So she hurled the thing to the ground and crushed it beneath the heel of her shoe, the way she would c rush any bug that became a nuisance.

And according to this review, the antagonist in the second book in the series, Thief of Souls, is the Greek god, Prometheus, who feeds on human souls, and slaughtered the entire Greek pantheon:

The Thief of Souls is the second installment in the Star Shards Chronicles. In the previous title, Scorpion Shards, six young men and women receive special powers when the radiation from a distant supernova reaches them on Earth. However, they have to overthrow and rid themselves of nasty parasites that turn their powers to evil ends. One Star Shard dies and in this, the sequel, the remaining five are sought out by Prometheus (under the Native American alias Okoya), an evil character bent on taking over the world so he can satiate his vampiric taste for human souls and revenge himself on humanity. In the book, Prometheus breaks the adamantine chains that bind him to the Caucasian Mountains, vengefully slaughters the entire Greek pantheon in typical psycho-killer style, causes the sinking of Atlantis, and when, millennia later, for reasons unknown he escapes from being trapped on the bottom of the sea, he returns to Earth, possesses and fuses the bodies of a pair of Siamese twins into an asexual humanoid with a insane desire for revenge against the human race.

6
Novel about a group of teens who get trapped on a space station and send video blogs to Earth
2
Paperback, probably young teen, published in the 1990s, about a group of teens trapped in a house with a vampire
8
Trying to identify a book about male teen with psychic powers, published before 1995
10
Novel about genetically engineered bacteria that causes hallucinations?
8
Book series about these teenagers with special powers and every book changed main characters
7
YA sci-fi novel with teens given superpowers in order to defend Earth against an alien invasion
4
Science fiction novel about misfit children with different powers living in a communal house
5
British novel about a group of high school teens who develop powers, and are taken abroad to be trained or experimented on
5
Book or series about boy with powers