A military man loses his younger brother, but learns he’s in another world after finding clues from the watch he received as inheritance

A military man loses his younger brother but finds out he’s in another world after finding clues from the watch he received as inheritance. He goes to find his brother but has to level up and beat monsters.

RakeemRakeem
4711 bronze badge
New contributor
Rakeem is a new contributor to this site. Take care in asking for clarification, commenting, and answering. Check out our Code of Conduct.
6
|  Show 1 more comment 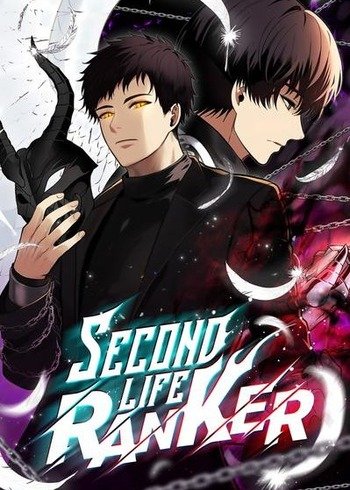 Yeonwoo’s brother disappeared years ago, and he’s devastated to learn of his death. As he copes with his loss, he’s given a pocket watch and learns there’s more to his brother’s death: he was betrayed while competing in the Tower of the Sun God. Now it’s Yeonwoo’s turn to use the knowledge his brother left behind. Can Yeonwoo (call sign: Cain) navigate that world and gain enough power and experience to reach the top of the tower, defeating his brother’s enemies and all those who stand in his way?

The protagonist, Hyung, is a military veteran, having served a tour in Africa. At the start of the story, his mother had been deceased for three years, and his younger brother, Yeon-Woo (possibly an identical twin, since they look the same in a flashback), had been missing for five, when his body was discovered clutching some items, including a pocketwatch Hyung had previously given him as a present.

These items come into Hyung's possession, but when he picks up the pocketwatch, he hears an audio journal spoken by Yeon-Woo, and learns that prior to his mother's death, his brother had entered another world resembling a Japanese role-playing video game, in an attempt to find a special elixir which he hoped could cure their mother of her illness. Yeon-Woo managed to obtain the elixir, but was betrayed by someone in that world, leading to his own death.

Hyung is given the option to enter the game world himself, using his brother's name and player stats, and opts to do so to avenge his brother. Along the way, he finds he must overcome traps and defeat monsters in order to level up his stats and progress through the game.

6
Teen soldier's brother is killed by the military, she goes on the run with the framed killer
4
Waterworld story about religious drowning
12
70's book, man wakes up from hibernation in a wasteland, participates in tournaments used by aliens to pick their slaves
12
Children/ Young Adult Fantasy Book featuring fairies
7
Manga - Girl's parents die in a car crash, and she learns she can teleport between Earth and another world, encounters monsters and mercenaries