Where are the outside cameras located on the USS Enterprise-D?

In Star Trek: The Next Generation, when Picard (or the acting captain at that moment) orders "On screen!" when he or she sees a ship or object of interest, they can zoom in with great accuracy.

But where are these cameras located on the ship? Is it a big array full of high quality cameras, or a big module carrying one high powered camera? If so is it turret based or are there multiple cameras stationed at strategic areas?

The Galaxy Class Enterprise features one of the most sophisticated and flexible sensor packages ever developed for a Federation starship. These sensors make the Enterprise one of the most capable scientific research vessels ever built.

There are three primary sensor systems aboard the Enterprise. The first is the long-range sensor array located at the front of the Engineering Hull. This package of high-power devices is designed to sweep far ahead of the ship's flight path to gather navigational and scientific information.

The second major sensor group is the lateral arrays. These include the forward, port and starboard arrays on the rim of the Primary Hull, as well as the port, starboard and aft arrays on the Secondary Hull. Additionally, there are smaller upper and lower sensors arrays located near Decks 2 and 16 on the Primary Hull, providing coverage in the lateral arrays' blind spots.

The final major group is the navigational sensors. These dedicated sensors are tied directly into the ship's Flight Control systems and are used to determine the ship's location and velocity. They are located on the forward, upper port, upper starboard, aft, and upper and lower arrays.

In addition, there are several packages of special-purpose and engineering sensors such as the subspace flow sensors located at various points on the ship's skin.

See the diagrams below for the precise locations of the sensor arrays. 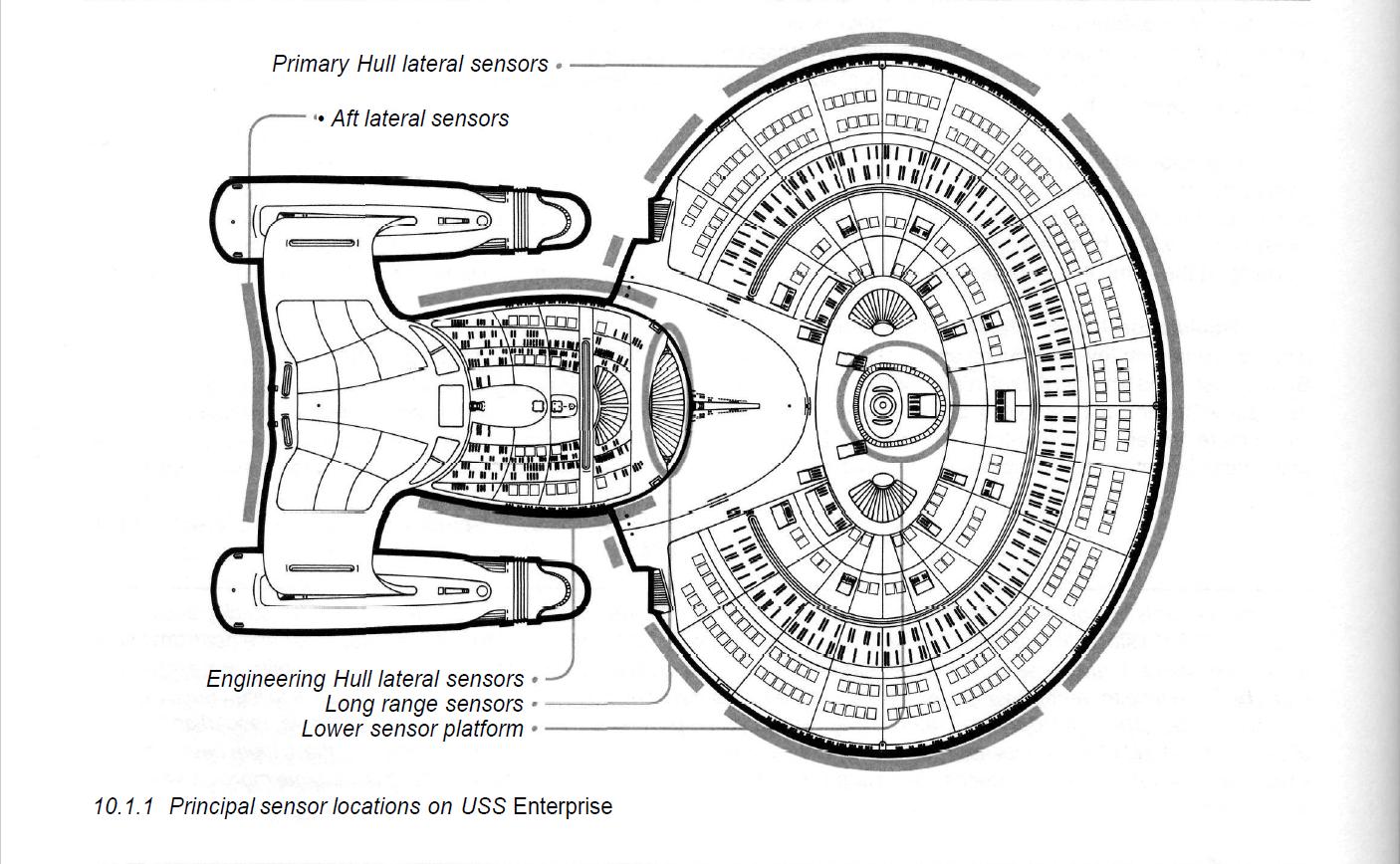 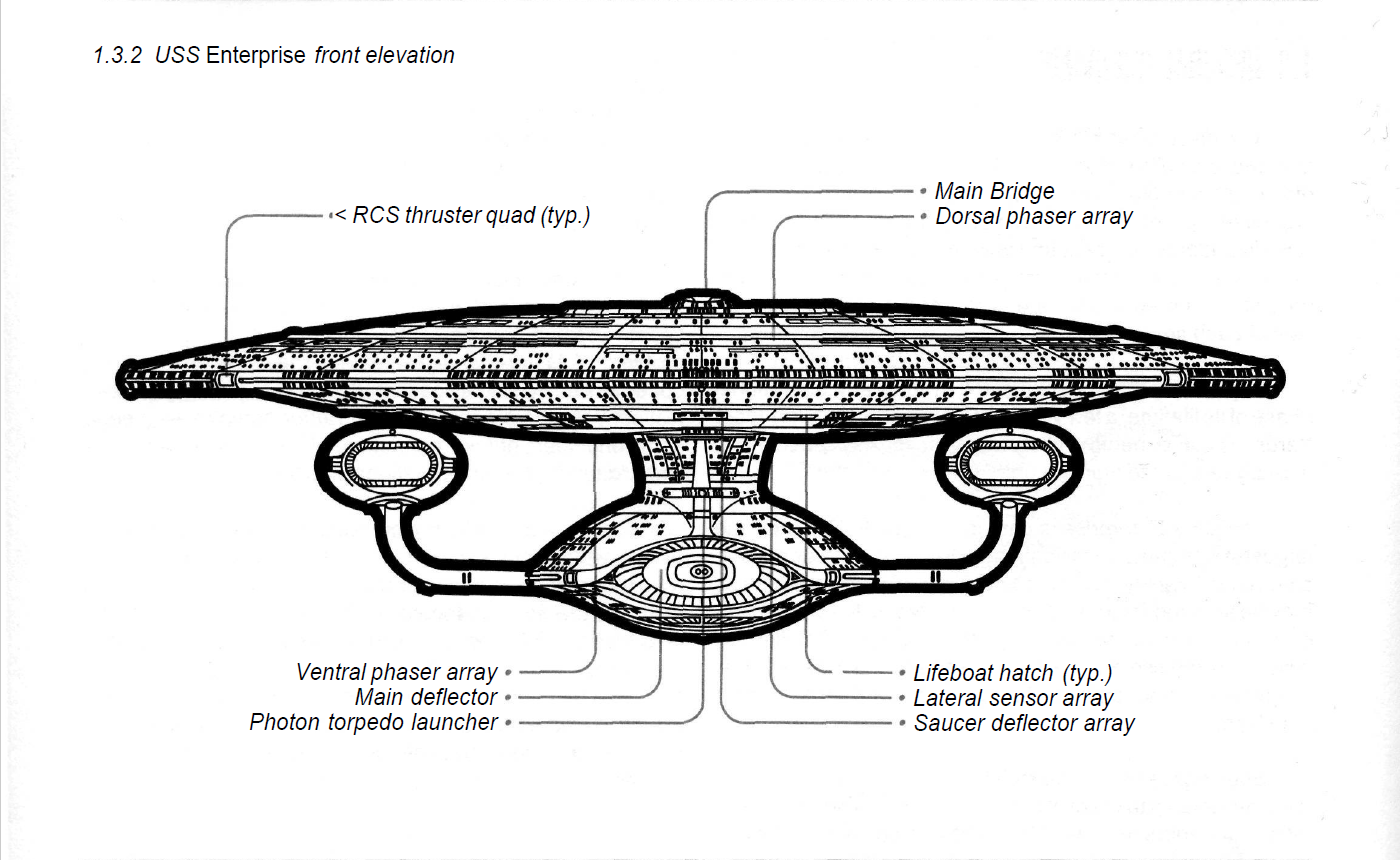 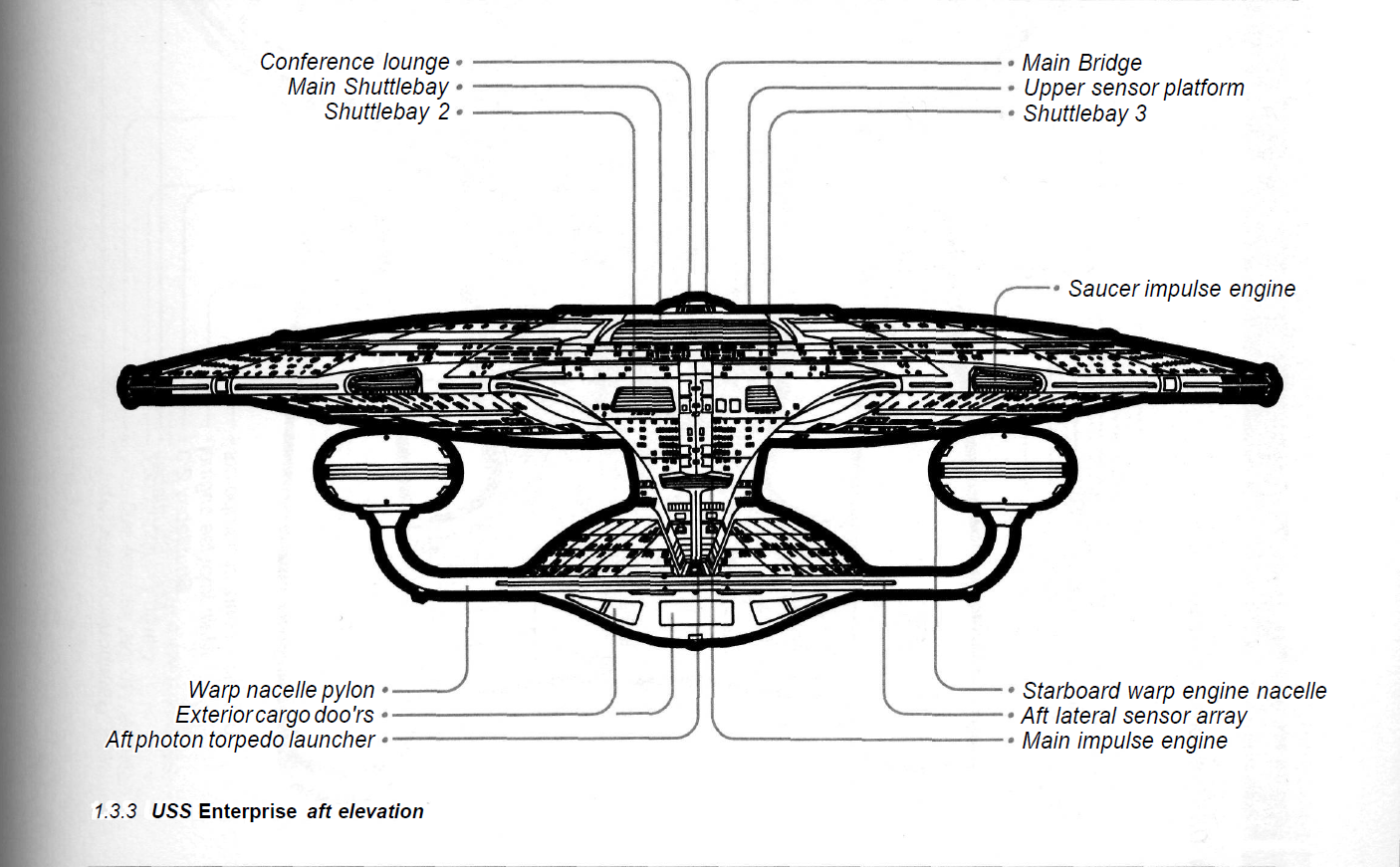 Not the answer you're looking for? Browse other questions tagged star-trek star-trek-tng spaceship uss-enterprise or ask your own question.