How can a Jedi fight without hate and anger?

Anakin and Count Dooku are battling each other:

Count Dooku: I sense great fear in you, Skywalker. You have hate. You have anger. But you don't use them.

How can a Jedi fight without hate and anger?

This boils down to the basic philosophy difference between the Jedi and the Sith. 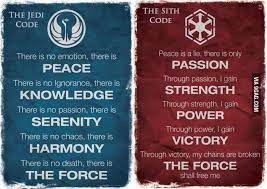 The Sith (correctly) believe that emotions give them more (raw)power in the force, but due to lack of control of their emotions (and by extension their power) they can't use their full power.

The Jedi on the other hand avoid emotion and focus completely on discipline. To them combat is not something enjoy or want to do but just do. Jedi when fighting are basically machines running a program that is designed to complete a purpose. This makes their strikes less wild and more precise then that of a Sith, but Dooku is ultimately right that this makes them weaker then the Sith.

From the original six movies we have several Sith/Jedi encounters.

Phantom Menace: Qui-Gon and Obi-Wan, a Jedi master and Padawan against a single Sith and they were losing. Qui-Gon who clearly has more years of experience (Due to the ages of the characters and assuming they were both trained from a young age onward) get's defeated in single combat against Maul. BUT shortly after, a Padawan manages to defeat Maul after getting fueled by rage after seeing his master fall giving him the edge to defeat Maul. (You can also see that after Qui-Gon dies Obi-Wans's combat style becomes more wild and unhinged.

Attack Of The Clones: Anakin and Obi-Wan both defeated by Dooku, the entire Padawan and Master VS Sith Lord all over again with the same result, the Sith Lord winning. It's only when Yoda comes the Jedi manage to win (a testament to Yoda's power and experience).

Revenge of the Sith: A rematch of the previous fight with Obi-Wan being disposed of rather early on in the fight. Yet the less experienced Anakin manages to defeat Dooku, and during his fight you can see that Anakin get's more and more enraged (due to Dooku taunting him and probably the manipulations of Sidious).

But here we also see it's weakness in the battle between Anakin and Obi-Wan, Although it gave him the power to face a more experienced fighter like Obi-wan it made him reckless focusing more on getting the kill then following a more logical and tactical approach like what a Jedi would have done.

A New Hope: Well here there isn't a big fight other then Obi-Wan vs Vader, but again the sith ends up on top.

Empire Strikes Back: Vader VS Luke shows that Vader is much more experienced then Luke but he taunts him and tells him to let his anger go, knowing that this would show Luke's real strength.

Return of the Jedi: Probably the best example, Vader is far more powerful then Luke and winning the battle forcing Luke to hide. But once Vader threatened Leia you can see Luke's anger and see him suddenly become much mower powerful (And wild) in his fight against Vader and is able to defeat him. Shortly after this we see the same when Vader is able to defeat a much more powerful Palpatine (although he dies himself in the progress) thanks to his emotions, the only difference being that it's the love for his son that makes him strong instead of the hatred for his enemy.

So yea a Jedi can fight without emotions, but they are less powerful in doing so. This is partially because they seem more predictable due to them just following a logical approach like a machine would, in contrast to the wild and unpredictable style of a Sith. But if the Jedi would embrace his emotions (even if it's for a short time) they will become much more powerful and be able to defeat a otherwise superior opponent.

Not the answer you're looking for? Browse other questions tagged star-wars jedi revenge-of-the-sith or ask your own question.

21
What was Dooku's plan for the Battle of Coruscant?
29
Anakin, Obi-wan, and Count Dooku's fighting styles
71
How could Count Dooku lose against Anakin Skywalker in a lightsaber battle?
9
SW prequel Yoda: "Attachment leads to jealousy, the shadow of greed, that is". What does this line mean?
19
How many Jedi Masters have become Sith?
16
Do Sith experience fear?
5
Why was Obi-Wan was so confident about Count Dooku? Was he arrogant?
6
If the Jedi Council feared and distrusted Anakin, why did they task him with spying on Palpatine? Why didn't they send Obi-Wan to help him?
19
What happens to Jedi expelled from the order?