What are the color schemes for Dark Angels Space Marines?

All I'm finding is:

What other colors could I go with them? I could easily just make them my own scheme, but I'd like to somewhat stick to their backstory.

Prior to the Horus Heresy, during the Great Crusade, the Power Armour of the Dark Angels Legion was coloured jet-black. Not long after the Legion's Primarch was reunited with the warriors of the I Legion, a wedge began to be driven between the Calibanite Dark Angels and their Terran-born brethren. 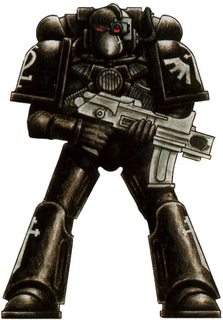 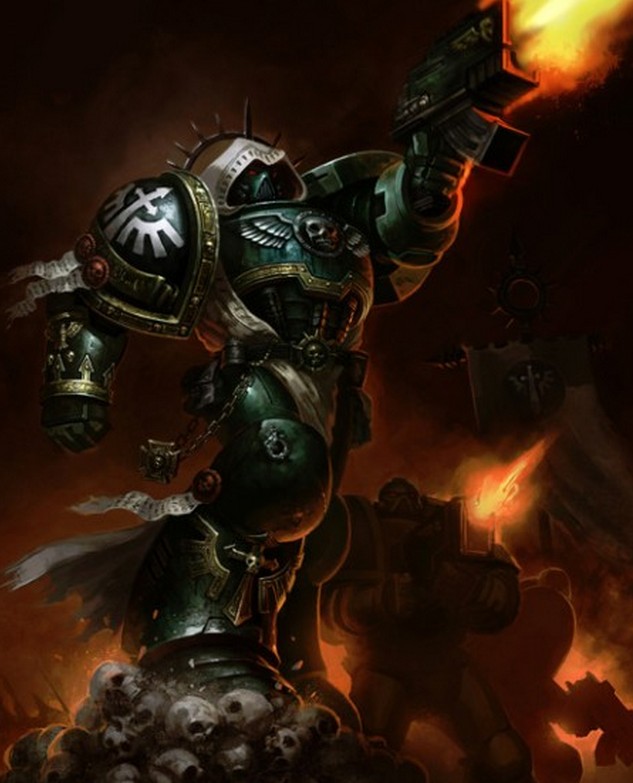 After the Heresy, the bulk of the Chapter began to appear in dark green armour, while the 1st and 2nd Companies' panoply remained jet-black in honour of the original Legion colours. The Deathwing Company later re-coloured their armour to bone-white in honour of a battle fought long ago but after the Heresy. Chapter legend states that a band of Deathwing brethren returned to the world of their birth, only to find their people enslaved to a large Genestealers cult. Abiding by the traditions of their people, the brethren repainted their armour white, symbolising that they were dead men walking - ghosts - setting out on their death-quest to rid their world of the Genestealers' taint. Since that day, the Deathwing have continued to wear their Terminator Armour in bone-white colours, in solemn remembrance of the sacrifice of their predecessors.

Apothecaries of the Dark Angels keep their entire armour painted black except for the backpack, groin and torso armour, which are all bone-white. They have a red vertical stripe painted down the centre of the helmet.

The badge of the Chapter is a winged sword on a green roundel, which was the ancient icon of The Order. Variants of this symbol exist for the Deathwing and Ravenwing Companies, the former depicting the winged sword as broken, the latter a sword held by a single wing and raven's claw. The 10th Company, the Chapter's company of Scout Marines, uses the Dark Angel Sword but without the wing device, to symbolise the fact that the Scout Company comprises Chapter Neophytes, who have yet to "earn their wings" as full Dark Angels. 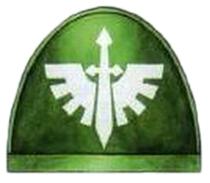 32
Why are there no female Space Marines?
13
Do Orks affect non-orks with their latent psyker abilities?
8
Is Space Wolf reproduction more efficient than regular Space Marine reproduction?
3
Are there other characters enhanced in the same way as Hector Rex in Warhammer 40K?
8
Are Space Marines capable of fighting underwater?
4
(40k Dark Angels) Are any loyalist Fallen still alive?
11
Are space marines sterile?
9
Why don't the Dark Eldar use "home grown" humans?
6
Is there anything in the lore that supports this game mechanism for the Dark Angel in the 3rd edition?
6
Where is it specifically stated that the T'au could be easily defeated by every other race in 40k?