Is there a translation for the alien language used on Battleworld?

In Marvel Super Heroes Secret Wars #4 (Aug, 1984) characters from an undetermined alien planet are introduced, and recur through the remaining issues. A portion of their world had been used to construct the Battleworld (where most of the story takes place) and so the 'heroes' come across them during the course of events. One of the aliens plays a significant role at several points of the remaining story.

Nearly all of their dialogue however is scripted in an alien language: 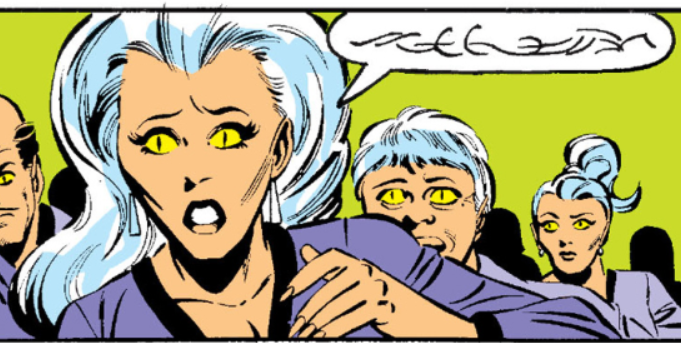 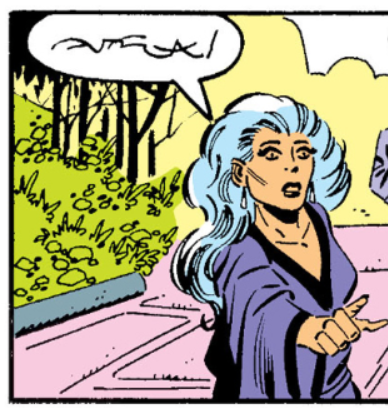 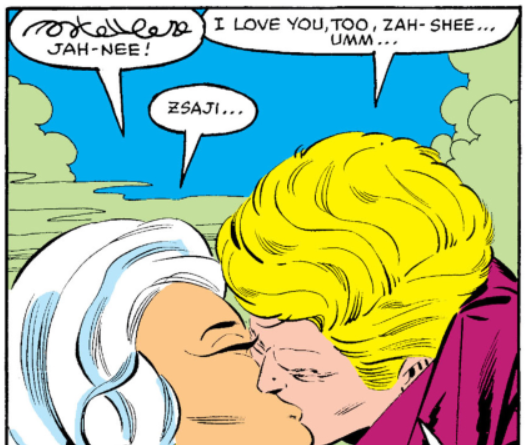 Other than one of the alien names being transliterated (i.e., just pronounced as closely as possible using English sounds), I don't think any of it was ever directly translated into English. The Earth characters mostly voice their impressions of what the aliens are saying, some of which was assisted by telepathy.

Was this culture, language or script ever identified in the Marvel Universe? Has it been or is it possible to translate it?

Pretty sure the answer to this question is "no".

Very little seems to have been revealed about that species, their culture, or their language. Going by Zsaji's bio in Secret Wars: Official Guide to the Marvel Multiverse, neither her species nor her homeworld even have established names as yet. 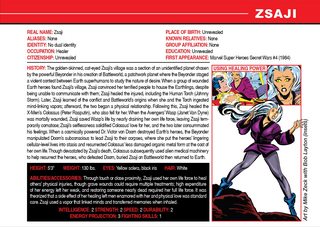 Also, the Marvel Database lists Zsaji as having a total of just 16 appearances, and having looked through them, I've found no serious translation of (or even a name for) that particular language. I say "no serious translation", because there were humorous captions in Deadpool's Secret Secret Wars #3 and Howard the Duck Vol 5 #4 implying that a couple of words in the alien language translated into English as profanities. 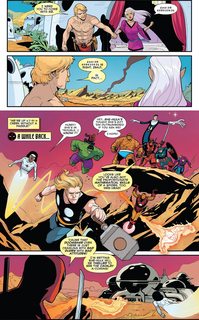 Not the answer you're looking for? Browse other questions tagged marvel comics secret-wars-1985 or ask your own question.

16
How did Secret Wars fit into regular comics continuity?
3
Why was Zsaji not given the knowledge of English?

14
Is there an explanation for why Silver Age Batman used guns?
12
Are there any Australian superheroes in the Marvel-616 universe?
4
Is there a known predecessor for Jenny Sparks?
17
When was the concept of multiverse used in comics for the first time?
56
Was Mjolnir ever used for building something?
9
Can Green Lantern power rings be used for mind-reading and/or memory alteration?
29
Has Venom ever used the phrase “I am Venom” in the comics?
2
Spider-Woman (616) sticks to walls with an adhesive fluid excreted from her pores. Is there a comic-source for this?
17
What superheroes have worked for the Daily Bugle in the comics?
4
Does Storm have any family, i.e. are Spyke and Mij'nari canon in the main Marvel universe?