I vaguely remember watching a movie back in the 90s (I think) where the devil impregnates a woman. She then kills herself with glass on a balcony. If I remember correctly he was the typical red beast you would usually see him portrayed as.

That's not a lot of detail to go on, but my first thought is that it is the 1994 mini-series adaptation of Stephen King's The Stand.

The "devil" is Randall Flagg, a mysterious man in black who leads one side of the moral war taking place after a great plague destroyed most of the world's population.

Most of the time Flagg appears normal, but does take on a demonic form at times: 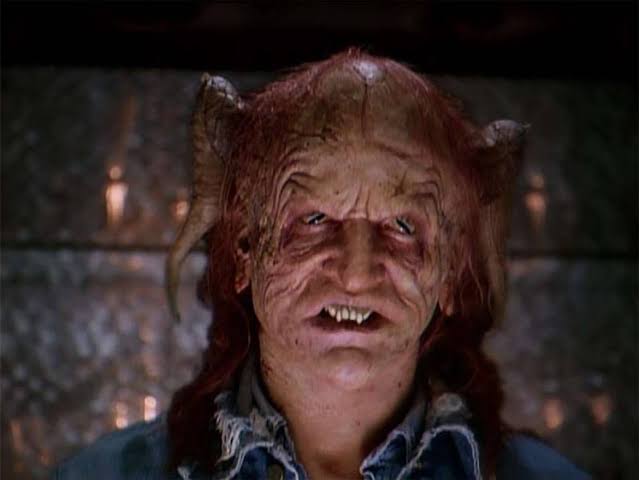 The woman (Nadine Cross) who he impregnated, kills herself by jumping off of a balcony. 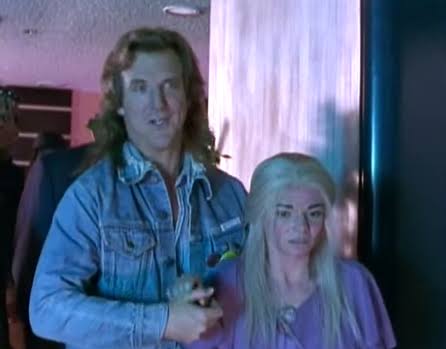 Another woman, Dayna Jurgens, killed herself to prevent Flagg torturing her into revealing the identity of spies sent into Last Vegas. She first tried to throw herself through a window in his penthouse before cutting her own throat with a broken piece of glass. 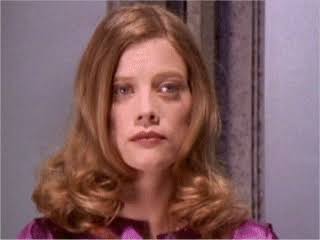 8
Movie about a woman who becomes obsessed with a necklace and its former owner and it kills her
8
Identification: An old alien movie with a black & white footage of two captured alien beings
5
1960’s sci-fi film black and white: lab in the woods with alien/monstrous woman being experimented on
8
Pre-90s movie about brother and sister with telekinesis abilities; sister makes a bird explode with her mind
6
Horror film involving a house with glass windows and mirrors that reveal extra rooms
10
Sky City dystopian film, similar to Alita: young female robot befriends scavengers and discovers she used to be a warrior from the sky city
15
Christmas short horror story about a woman who becomes trapped in another body?
5
Movie with “White box dimensions” where woman is shot at the end