There's a book I read in the late '90s that I'm trying to remember.

The scene I remember very vividly is one of the aliens telling the point of view character (a kid, I think) that it would be ruder to call it "he" or "she" than to call it "it".

I think the aliens are very small and shrink the POV character to their size to be able to be on their tiny spaceship, but honestly I'm not certain that's the same book. I think the shrinking may be accidental? And maybe the aliens can't un-shrink him?

At the same time I read that book I also read a book that involved someone being taught to use a rocket belt. I don't know if that was the same book though. 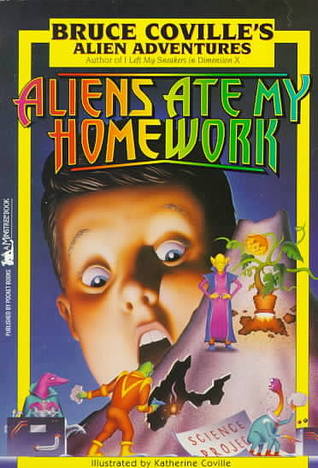 This review contains a good summary of the plot, confirming the interaction between a schoolboy and tiny aliens in a miniature spaceship:

Sixth-grader Rod Albright, better known as Rod the Clod among his classmates, is a target for the two bullies at school and the go-to babysitter for his toddler twin brother and sister at home. One day, while working on a science project for school, a miniature alien spaceship crashes into his window, and Rod is commandeered into helping the alien crew in their search for BKR, an intergalactic criminal infamous for his cruelty – and who just happens to be hiding out in Rod’s neighborhood. Can Rod, who is incapable of lying, keep his alien visitors a secret and help them succeed in their mission while getting his science project done on time?

And having checked a preview of the book, I can confirm that the alien does state that it would prefer to be referred to as "it" rather than "he" or "she":

I turned to Madame Pong, but she just spread out her hands. "I don't think you want to get into a discussion of biology as it is practiced on Tar Gibbons's planet."

"It will do just fine," said Tar Gibbons.

"What will do just fine?"

Searching the preview also brings up results for a "shrinking ray" and a "rocket belt".

The book was subsequently adapted into a movie. Here's a trailer, introduced by William Shatner:

Not the answer you're looking for? Browse other questions tagged story-identification books aliens young-adult childrens-novel or ask your own question.

12
Sci-fi book, blue critters than only some people can see, kids fight the critters as they feed off energy and are a threat
7
Book with a title reminiscent of “The Last Mimsy”
8
Fantasy book featuring shifting doppelgangers as spies and assassins
9
A book (mid 2000s) about a kid getting an old laptop that connects him to aliens, the alien government (I think) coming after him?
9
Finding book about an alien pyramid and a (sort of) scavenger hunt
3
Kids' book where kids foil alien invasions (early 2000s)