I remember as a child watching an anime movie on tape between 89-91 when I was 7-9 years old. I think it was set in outer space and there was some kind of war (I remember that there were a couple of war scenes with spaceships).

I just remember being so shocked by the ending. I thought that the red haired man was the hero and I couldn't believe that he got killed. Since I didn't really understand the language I might have gotten the story wrong. He might have been the villain. The thing is that I'm from Iraq but raised in Sweden. We went back to Iraq between 89-91 where I saw the movie. I only spoke Swedish at the time so I don't know if the movie was in English or dubbed to Arabic. The funny thing is that it was my older brother's tape, but he has no recollection of seeing that movie.

This sounds vaguely like the Harlock series. It was translated many different languages and some films have scenes that are similar to the ones you describe, although they aren't the major plot of any of the films. 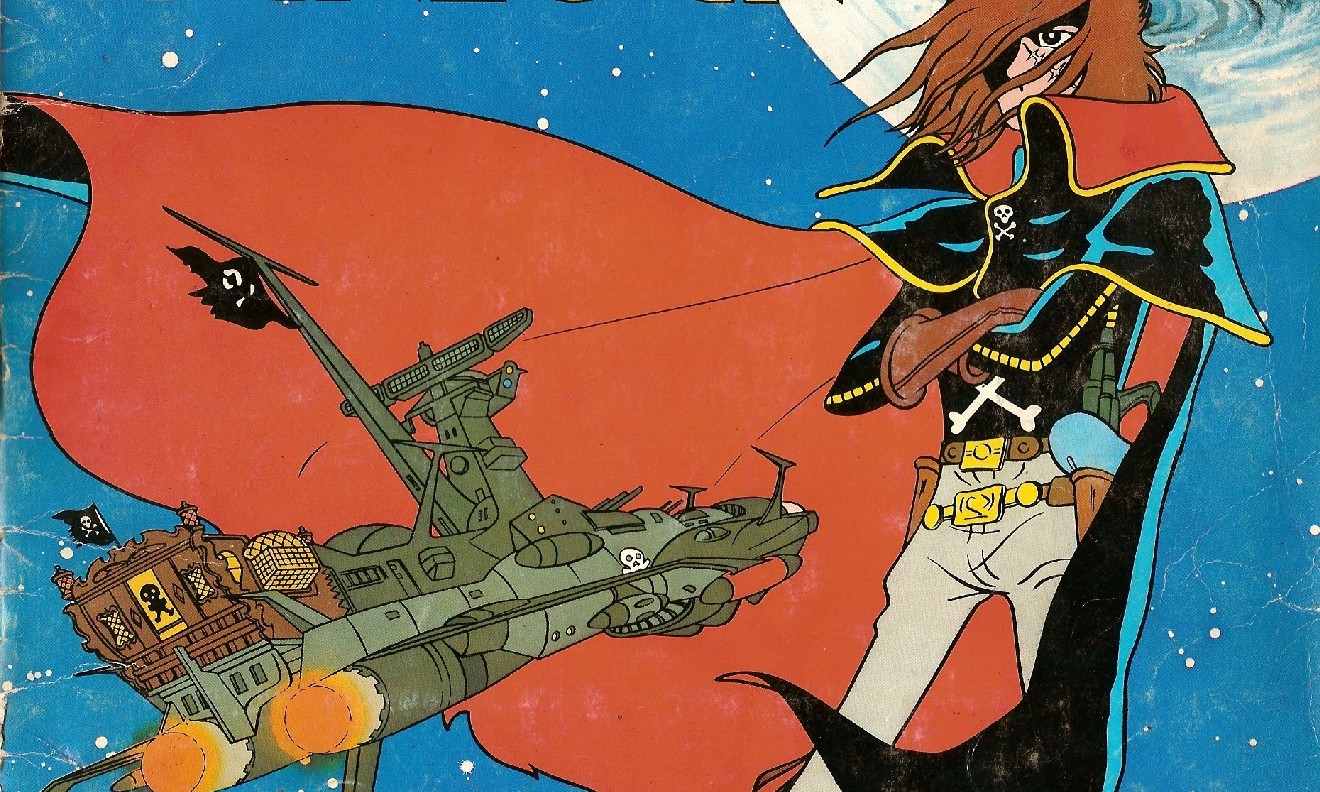 10
Old book about sisters who can use magic
10
Scifi movie where two factions fight in space. On the planet below, a similar struggle is going on with cavemen protagonists
6
Story identification: a book with red haired people
8
Old sci fi cartoon - Yellow round spaceship and an alien crew on a planet and maybe a maze
6
Black and white movie where man lands on Earth, is chased, and gets shot in the leg
10
90s(?) movie with an army of kids in space and "God" in a foggy white room
1
Cartoon show with a blonde boy in a white shirt who found a necklace in a vase with which he can summon a creature