What is the ultimate fate of the Unsullied and Dothraki?

At the end of the series, is it discussed how the current Unsullied are the last generation and perhaps have no current purpose?

And the Dothraki are basically not much better than the White Walkers if you ask me -- what will become of them? Are they to be left to continue their ways?

The other answers are correct in where the Unsullied go but miss the explicit quote on the matter. When Jon is walking through the docks, we close on Grey Worm staring at him as he stands by the ships. The Unsullied captain and him have the following conversation where Grey Worm states they are leaving for Naath.

Unsullied Captain: (in Valyrian) All the men have boarded.

Grey Worm: (in Valyrian) Good. We sail for the isle of Naath.

This is of course calling back to his promise to Missandei to take her back there when the war was over and protect her people. After her execution and having no one to follow in Westeros he wants to honour her by fulfilling this promise.

Missandei: Naath. I'd like to see the beaches again.

Grey Worm: Then I will take you there.

Missandei: My people are peaceful. We cannot protect ourselves.

Grey Worm: My people are not peaceful. We will protect you.

Game of Thrones, Season 8 Episode 2, "A Knight of the Seven Kingdoms"

We don't really know what happens to the Dothraki, the only time we see them again (to my knowledge) is when Jon is walking amongst the docks and he has his stare down with Grey Worm. Just before that we see a group of them sidle passed Jon. 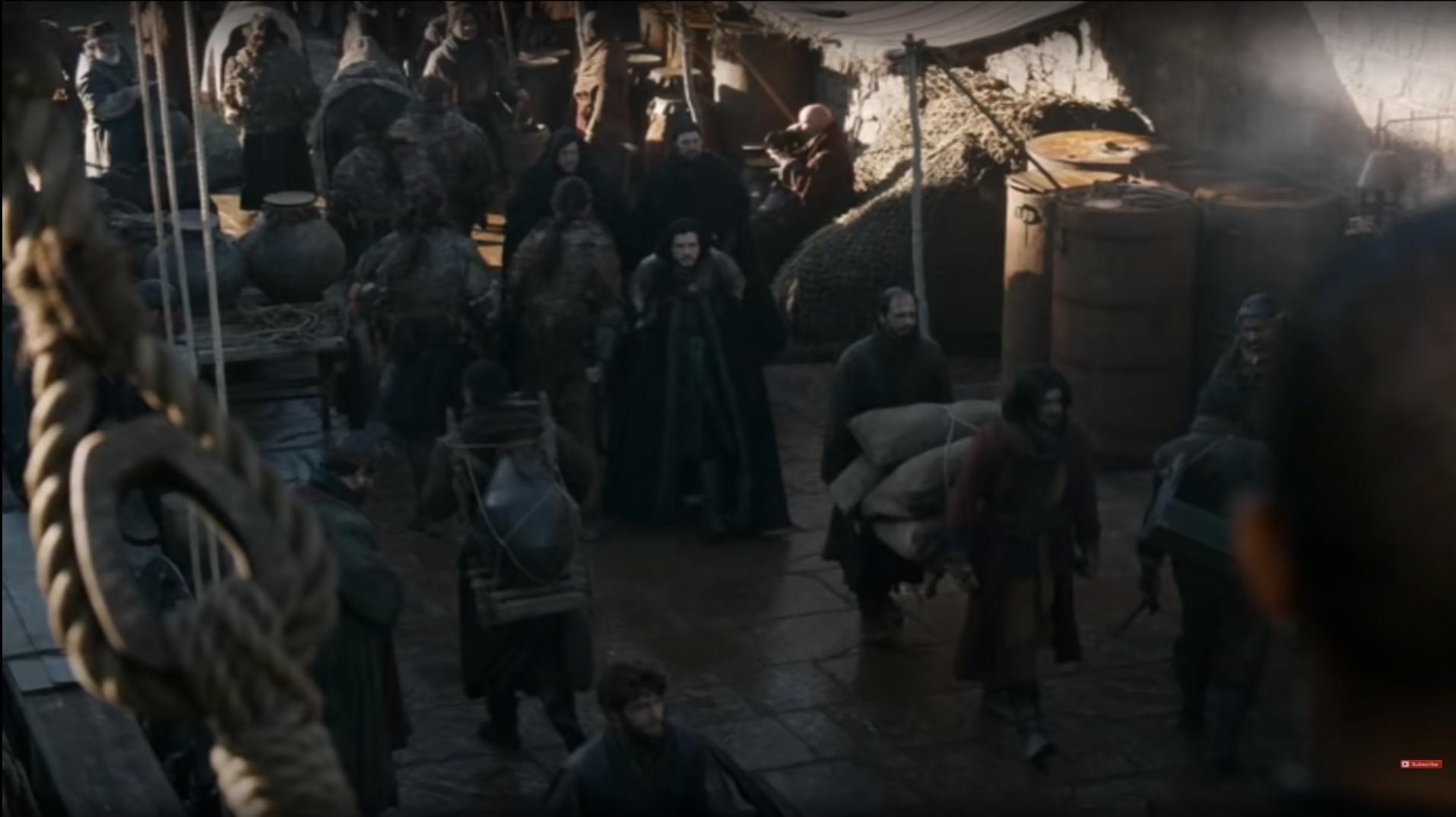 Beyond that we don't know where they go. There are two main possibilities though, or a combination of both:

As per the Unsullied, it's implied at the end of the final episode that the Unsullied set sail to the Isle of Naath. It's an island in the Summer Sea. This was possibly because it was Missandei's home.

A conversation between Grey Worm (leader of the Unsullied) and Missandei (his lover) solidifies this. They were talking about how Missandei was never able to return to her homeland after being a slave.

It wasn't clear exactly what the Dothraki did, but the plausible scenario is that they went back to Essos. Like the Unsullied, the Dothraki did not have any connection to Westeros, they only sailed because of Daenerys.

With Dany dead and Bran, an unknown person to them, ruling King's Landing,

they have no reason to stay there.

The Unsullied set sail for Naath.

Back when Missandei and Grey Worm were both at Winterfell, they had a discussion about being foreigners in Westeros. When Grey Worm asks her if there's anywhere else she'd like to go, she says she'd like to return to Naath and see the beaches once again.

"Then I'll take you there," Grey Worm says.

Insider, Here's what happened to Daenerys Targaryen's armies on the finale of 'Game of Thrones'

He also promised that he will protect her people and probably wants to keep his promise.

The Dothraki are probably sailing back to Essos.

Not all the Dothraki were killed or turned into wights. Although it's not confirmed in the show but the Dothraki can be seen walking among the ships in the finale. They probably decided to cross the ocean once again and head back home.

17
Just how many White Walkers are there?
17
What happened to Daenerys' khalasar?
21
What is the composition and strength of Queen Daenerys's army invading Westeros?
38
Why do White Walkers wear clothes? Or why were they once (nearly) naked?
8
How do Craster's daughters know their sons become White Walkers?
26
How much is one Unsullied worth among the 8,000? How much is one dragon worth?
14
Was Craster conceived or born around the time Bloodraven was at the wall?
9
How much contact with Dragonglass is needed to destroy a White Walker?