Isekai manga where the main character is a poor noble and rules over a land called Beibloyon? And heals commoners and gets a religion called Demiurge

So a person is reincarnated and born into a family with a trash territory full of criminals, but he can only use healing magic, unlike other nobles.

When his family dies, the criminals attack him, and he accidentally heals one of them. They start warming up to him; although he has his own intentions, his fans think of him as a savior.

He meets an arch-bishop who makes a religion, and meets a bunch of beastmen in the forest, and they eventually become part of his territory. That's all I can remember.

It was Japanese-style and was fairly new with 8-11 chapters.

story-identification manga isekai
Share
Improve this question
edited May 7 '21 at 7:01

Pretty sure this is Teihen Ryoushu no Kanchigai Eiyuutan (The Story of Lord, Devastated Manor Who Grows by Misunderstanding).

Baibalon, a territory considered the worst in the country. A place where those who have no home left flee to, filled with criminals, heretics, sick people and demi-humans.

Taking over the family as the next Lord, the young Rize Baibalon will try his best to stay alive in this god-forsaken place, not worrying if what he does to achieve that goal is going against the very founding doctrine of the country.

With little common sense and recovery magic, can he accomplish his peace? Or will the misunderstandings continue to pile up and will he be branded as a rebel?

The MC is dismayed to learn that he's been appointed as the new lord of Beibalon Territory, which is rife with drugs, prostitution, and robbery. Apparently his elders could use both offensive and recovery magic, which allowed them to keep the unruly locals at bay, but the MC can only use healing magic, and consequently fears for his safety.

Right on cue, the door to his home is kicked down by an angry mob, who seem to know that the new lord lacks offensive magic. One man is especially angry, stating that the nobles had cut off one of his arms for fun, and displaying the stump. He pulls back his other arm, preparing to punch the MC, who instinctively responds by zapping his would-be assailant with healing magic, which causes the man's arm to fully regenerate from the stump. To the MC's surprise, this and other subsequent uses of his healing magic begin to ingratiate him with the locals.

It is however unheard of for a noble to use healing magic on commoners in this way, and as such, the MC's actions draw the attention of a female bishop, who asks him to convert from the state religion of "Sophiaism" to her religion of "Demiurgism." The MC is somewhat of a cowardly character, and doesn't want any trouble from the Demiurgians, especially when he learns that there are a hundred of them in the territory, so he reluctantly goes along with her request, despite the fact that he's clearly not a believer in the religion itself. Hoping to keep the Demiugians out of the way, he also offers them the use of a run-down meeting house on the edge of town. They somehow manage to turn it into an impressive looking church, and convert quite a few locals to their faith.

Subsequent to that, one of the locals informs the MC that a group of beastfolk tribesmen from the beastfolk country are illegally occupying a thicket within the territory. The beastfolk are initially hostile toward the MC, since their country was destroyed by his a few years earlier, and nobles in general are regarded as cruel by commoners, including the beastfolk. The MC manages to win them over though, as he did the locals, by using his healing magic on them.

The manga currently has just eight chapters. Do note that the MC was not reincarnated. I'm guessing you misremembered that part, since everything else you mentioned is present in this manga. 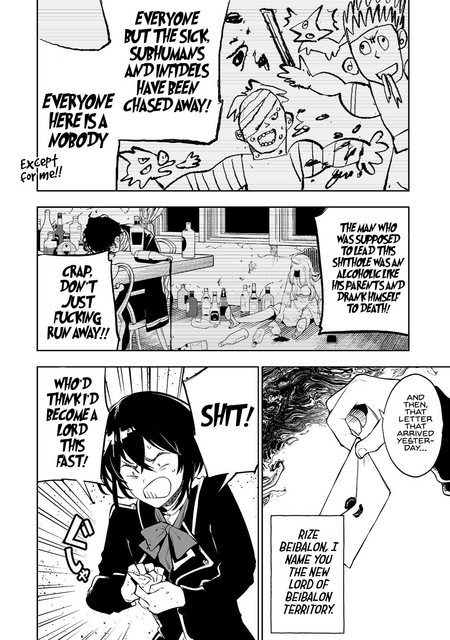 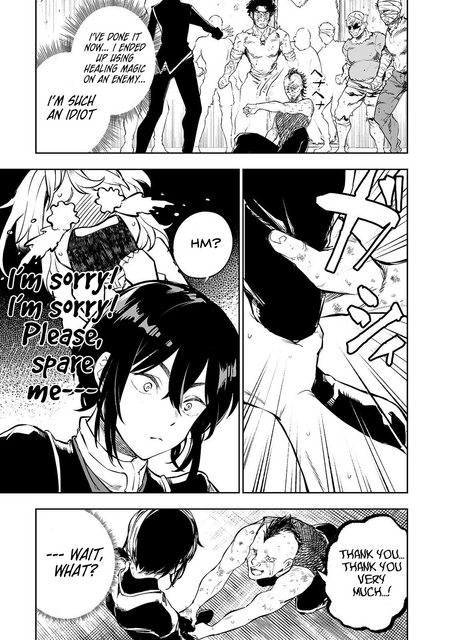