Why is there no night shift in Monsters, Inc.?

The main arc in Monsters, Inc. is that there is a scream shortage/energy crisis. However, there doesn't appear to be any night shift. All the scenes that happen later on at night seem to be "after everyone has gone home", the hallways are dark and there's no one around, really.

At the start of the Scare Floor scene we see Jerry say "Okay, people, Eastern Seaboard coming online." and a map of the world indicating what part they are working in. This means they're aware of the world as a whole and the time zones to know when kids go to sleep across them. 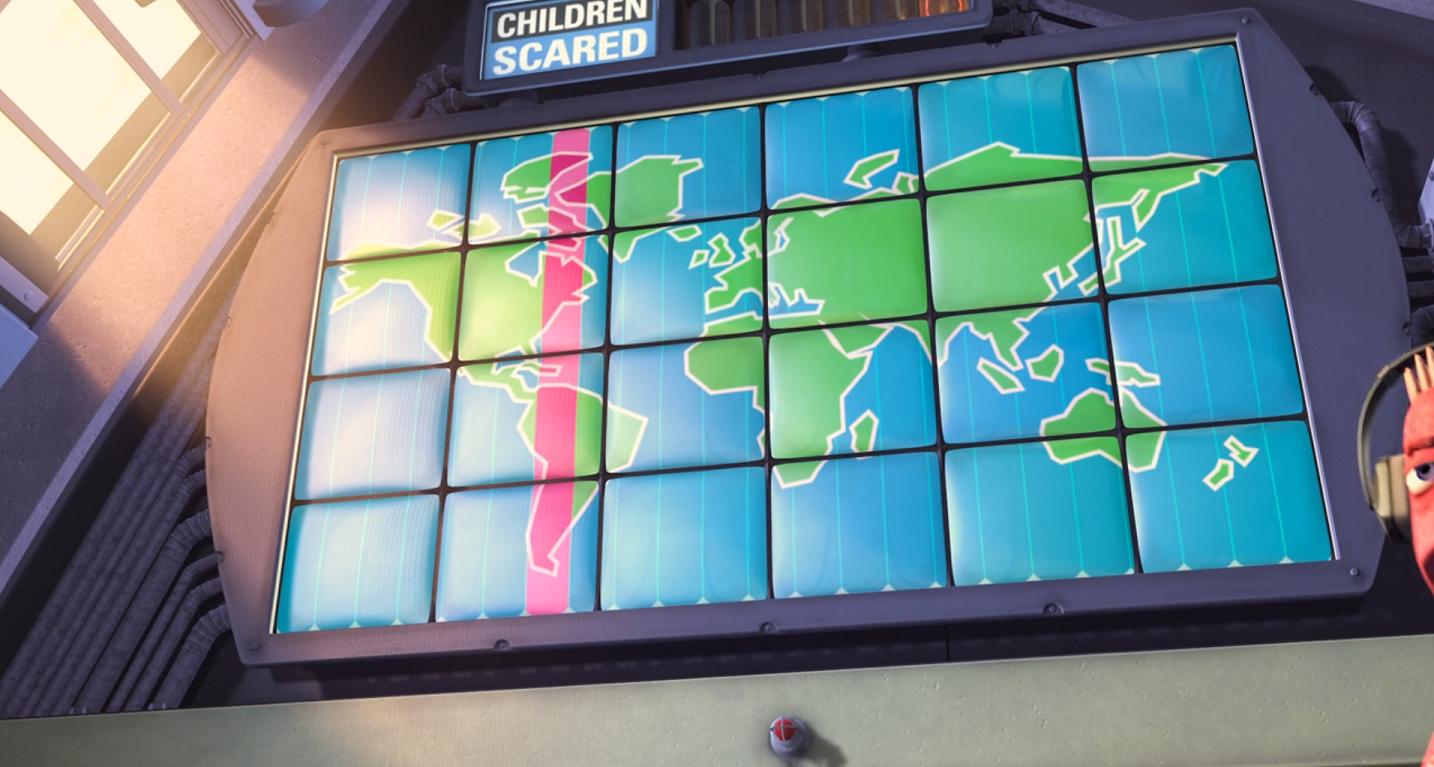 On top of that there are multiple Scare Floors as indicated by Mr Waternoose after the 23-19!

Mr Waternoose: An entire scare floor out of commission. What else could go wrong?

With all of this together (multiple Scare Floors, energy crisis, knowing the world) why is there no night shift? Surely the extra hours worked collecting scream would help solve the energy crisis?

For what it's worth, I don't think there's a shortage of scarers or monsters that want to be scarers. The problem appears to be a shortage of good scarers so even there more monsters working the night shift would probably help with the energy crisis a lot.

A potentially important factor to consider is that kids are best scared during a narrow window of time (when they are falling asleep). The world's population is not at all evenly distributed: 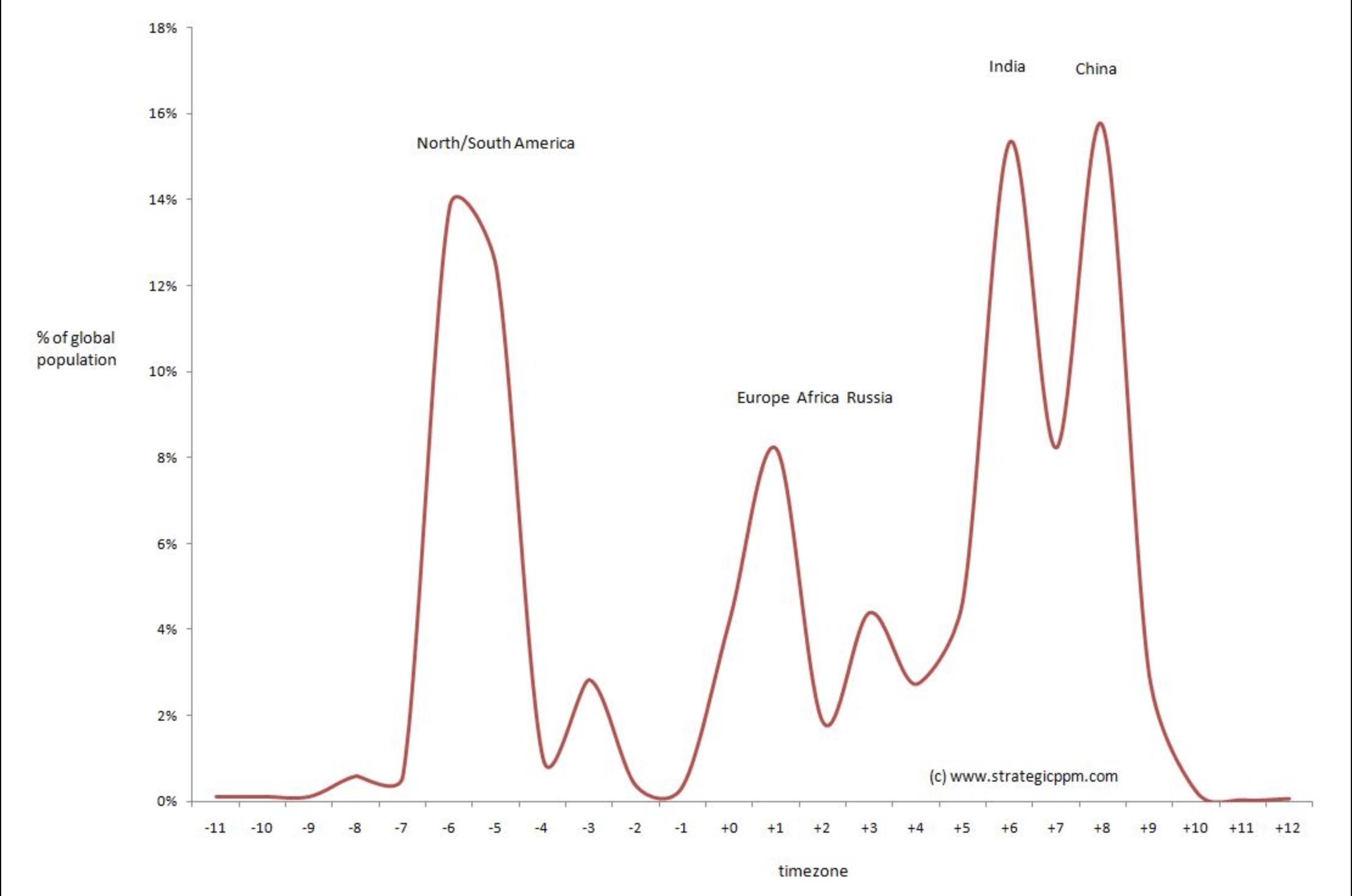 The 7 hour period from +10 to -7 GMT is comparatively uninhabited, so organizational efficiency kicks in. Pacific islanders don't get any monsters, scarers can take a break, and even get a nap or lunch break during the Atlantic.

The 'scare' shortage is caused by two main elements; a lack of skilled Scarers (note also that most of the monsters going through Monsters University with Mike and Sully aren't particularly scary) and a door shortage caused by an increasingly large number of unscareable children.

Waternoose looked around the room in frustration. Human children were getting harder and harder to scare. Monstropolis was in the middle of an energy crisis. Right now, Monsters, Inc. supplied most of the scream energy for the city. But if he didn’t get some good Scarers soon, his company might go out of business!

Just fifteen years earlier, Monsters, Inc. were able to run scare floors night and day, as evidenced by the full car park during this night-time break in.

As to why they don't run floors with semi-skilled Scarers, that should be fairly obvious when you see what can happen to even an experienced Scarer who's a bit lax.

Note also that there are multiple scare floors set on a variety of levels of the building...

...so it's entirely possible that scaring is happening elsewhere in the building (complete with its own infrastructure) while Mike and Sully's floor is shut down for the night.

In addition to the other answers, we don't know that there isn't a night shift. There's probably a night shift. What we do know is that the scare floors shown are inactive at night. Here's some reasons for that:

As further proof, take a look at the Monsters Inc. lobby. There are doorways off the main lobby linked to A: The locations on earth on the map above, and B: the current time in that location (see the clocks over the doorways). This indicates that there are multiple scarefloors which correspond to time zones on Earth.

Short version: There is a night shift, and some days it'd be really busy, just not on the days we see in Monsters Inc.

Not the answer you're looking for? Browse other questions tagged monsters-inc or ask your own question.

11
Are the Monsters able to make doors that go to other worlds?
76
Why were the "Monsters, Inc." monsters told that touching kids would kill them?
7
What are the courses and majors available at Monsters University?
8
Monsters, Inc.: Child Detection?
17
Why don't children find Mike scary?