Trying to find the comic this page featuring Wonder Woman, the Atom, and Batman was taken from

The artwork looks distinct. Thanks in advance. 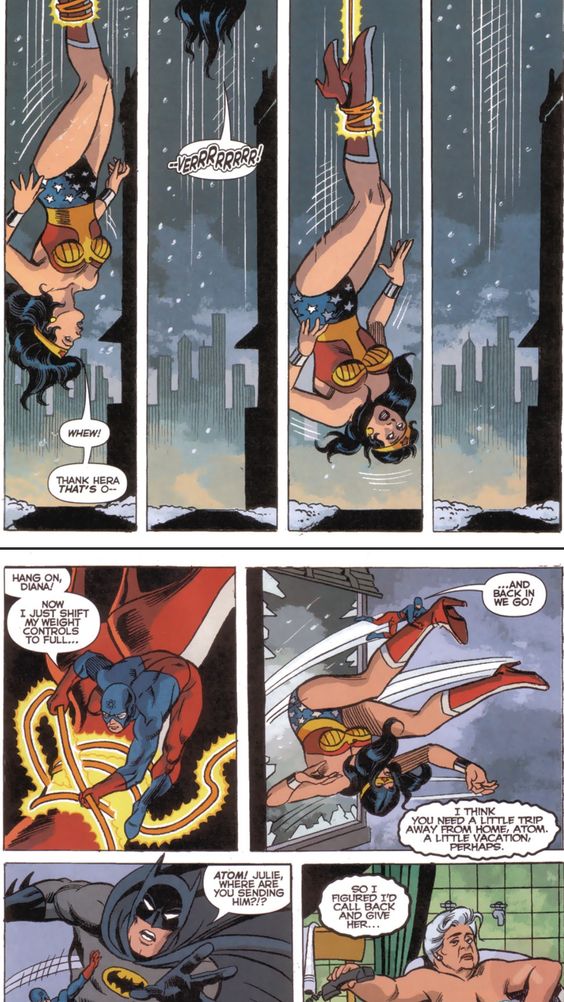 story-identification dc comics
Share
Improve this question
edited May 7 at 5:58

This is from DC Comics Presents: Justice League of America Vol. 2 Issue 1. 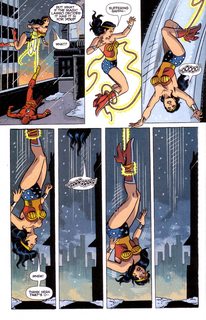 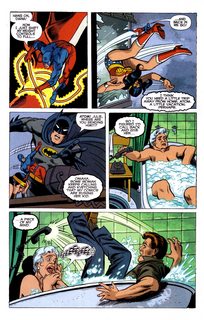 This is DC Comics Presents Vol. 2 (2004) Justice League of America Vol 2 1, specifically the story 'Secret Behind the Stolen Super-Weapons'.

The Flash becomes bold and informs the now giant editor that he works for them. Julie responds by sending him flying out the window. The Flash bounces like a pinball around the city before Wonder Woman goes to help him. Julie manipulates her magic lasso and instead of helping the Flash he turns the Amazon into a human yo-yo. The Atom tries to save his teammate, but Julie uses the Atom's powers against him and sends the tiny hero to Omaha via the telephone. 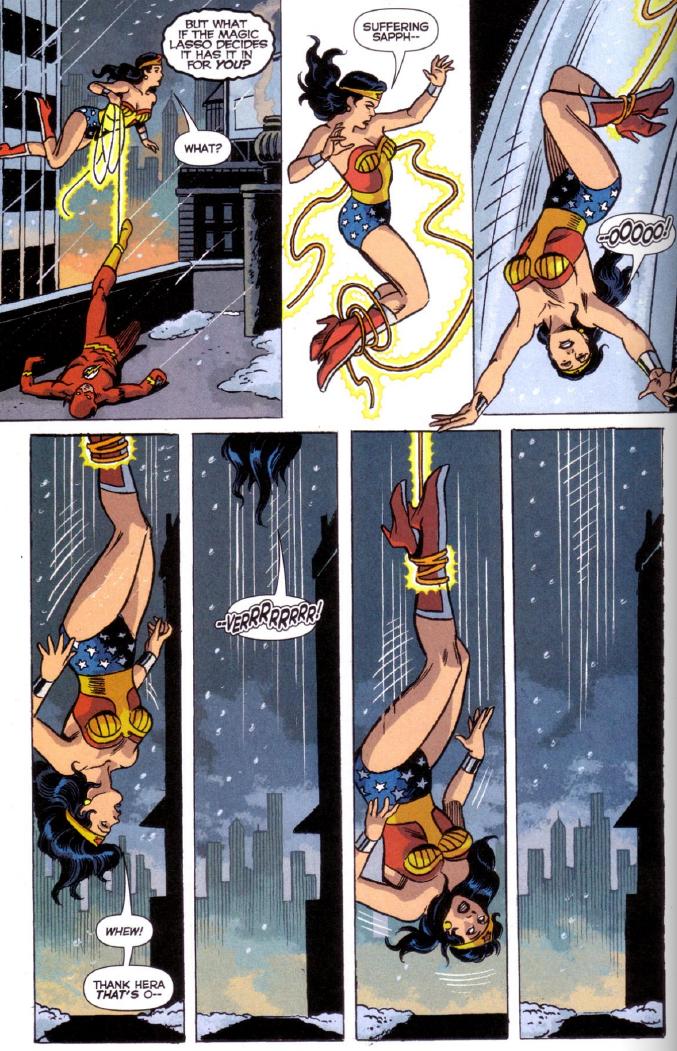 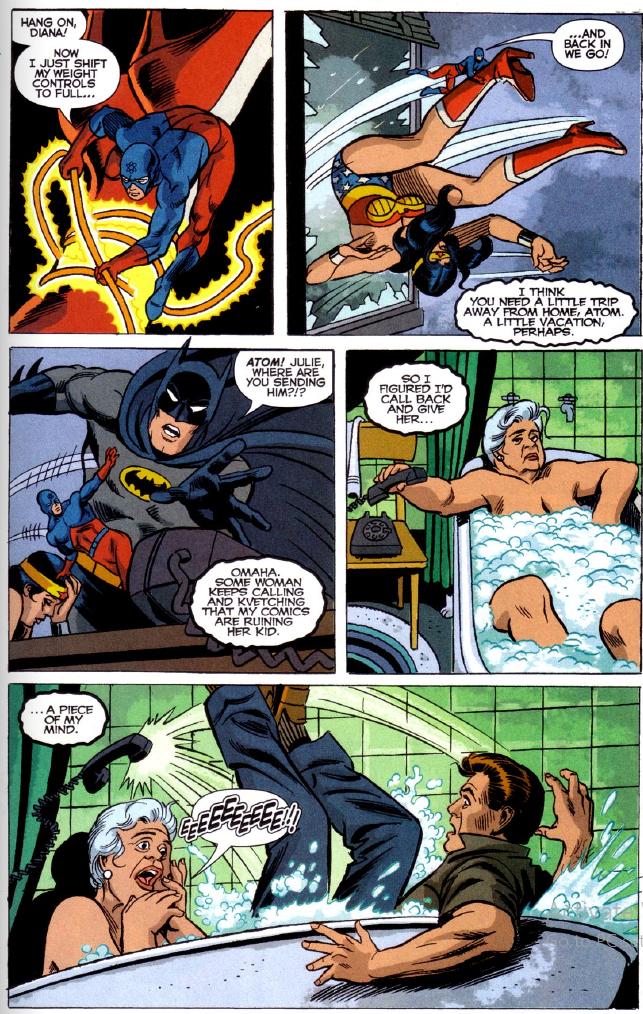 4
Which Batman comic had the Joker trick a man into thinking he was ugly?
8
Which comic had Batman getting punched by Wonder Woman after he kissed her?
3
Which was the Wonder Woman and Spider-Man crossover comic book?
7
Which was the comic in which Wonder Woman got married to a green alien/creature?
15
Which comic book has this image of Wonder Woman carrying Superman and Batman?
9
Was there a comic where Batman and Robin were attached to a giant piano?
4
Which DC comics does this page (featuring the Batcave) come from?
8
Which source DC comics does this page (featuring the Batcave Frank Springer 1968 white/red-shaded version Repost for Batcave Batman #203) come from?
14
Trying to find the source of this image of Wonder Woman, ensnared amid flames, with a face hovering over her