Manga where the MC is transported to another world, becomes super powerful, and is subsequently visited in his home by the demon king

This is what I remember from the manga. It starts off with the main character getting transported to another world, however if I remember correctly, he wasn't the one that was supposed to be summoned, or so thought the people who summoned him.

The story progresses and the MC becomes super powerful, and the demon king starts to come to his house and tries to makes friends with him because he knows how powerful the MC is. The MC also runs into a a white demon which he defeats, and it turns into the form of a human woman and starts to follow him around, and they are pretty much a couple.

I also remember that there was a super powerful demon locked up in the basement of the castle, if I remember correctly, and it gets released and no one can stop it. However, it harms his girlfriend/wife, and he pretty much goes berserk and attacks the super powerful demon and wins. After that, the demon starts to follow him around and I believe calls him master.

story-identification manga isekai
Share
Improve this question
edited May 9, 2021 at 10:46

Pretty sure this is Lv2 kara Cheat datta Motoyuusha Kouho no Mattari Isekai Life (Chillin Different World Life of the Ex-Brave Candidate was Cheat from Lv2).

Banaza, who got summoned to the magic kingdom of Cryroad as a hero candidate, due to having only the abilities of only a regular citizen, got treated as a disqualified hero. He, who originally was supposed to be returned to his original world, due to the magic kingdom's mistake, was inevitably forced to live in this new world. That kind of person, the moment he became level 2 after defeating a single slime, acquired all sorts of skills, and transcended into a super cheat with all status abilities broken through the limit! Even so, he does things at his own pace with an easygoing smile.

The MC is isekaied to the kingdom of Cryroad, but they determine that his stats are those of an average man, and reject him in favour of a more impressive hero candidate. After defeating a slime though, the MC levels up to level 2, at which point all his stats rise to infinity.

He later battles a large white demon beast -- one of the Demon King's most powerful subordinates -- which turns into a girl and becomes his "wife" after he defeats it (doesn't seem like they ever get married, but they refer to one another as husband and wife).

The Demon King then sends his strongest dragons after the MC, but they too are defeated. As a result of this, the Demon King concludes that the MC is too powerful to fight, and decides to visit his house peacefully several times, in hopes of forming an alliance with him.

Subsequent to that, a female demon who was sealed in the basement of Cryroad Castle is released, and injures the MC's wife. The MC responds by brutally beating the demon girl down, after which she agrees to become his follower. 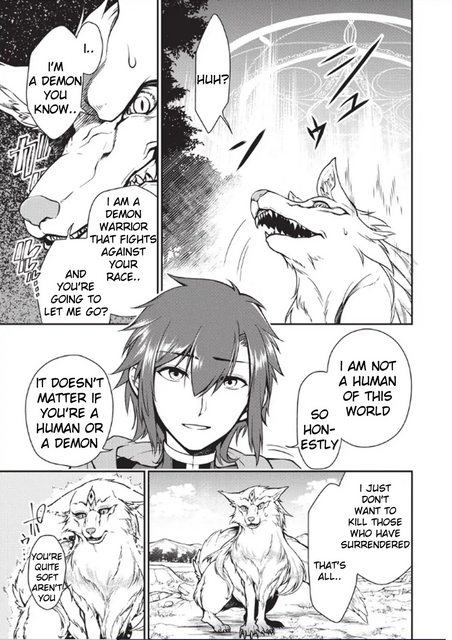 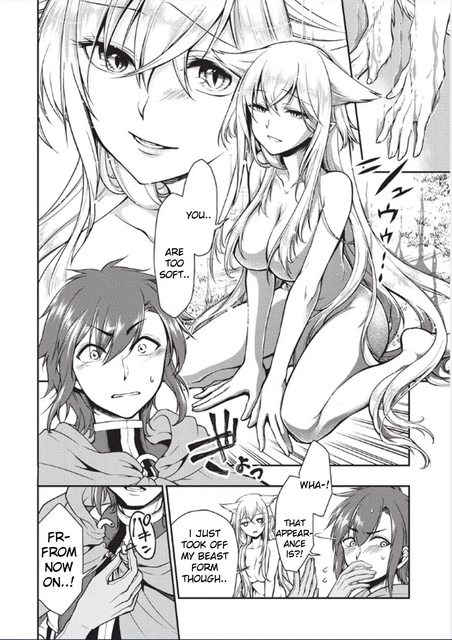 2
Manga where the main character is summoned by a king of a kingdom, then kicked out to live in a forest infested by an army of the demon