I am pretty sure I heard about this alternate-universe video game during the '90s or early 2000s. I am not looking for the game itself but a paperback novel - or a series of novels - based on the game. All I can remember of the premise: in the 1920s or '30s the USA breaks up into several warring states which use futuristic 1930s-type aircraft against each other.

This must be Crimson Skies, a "dieselpunk" game from 2000. It was also a tabletop wargame. There were several books set in the universe as well, that's what you're probably looking for. The box art shows the kind of "advanced 30s-style" technology, and a zeppelins aircraft carrier. 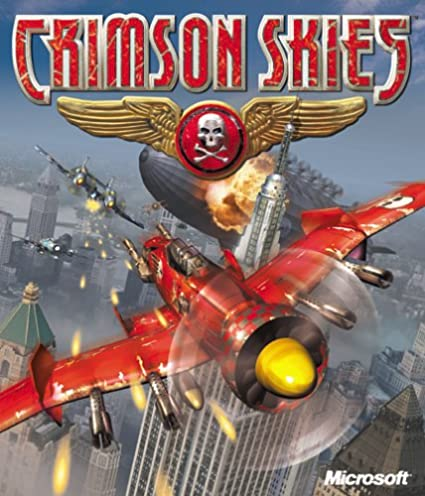 13
Late 1980s-1990s book about a kid trapped in a video game found on his front porch
2
1990s D&D Style book - Hero is a female who seeks training
10
Comic about humans on a starship trying to escape solar system before Sun explodes/goes nova
8
Does anyone remember this old “trapped in a video game” anime?
6
SF Choose-your-own-adventure ID: Space junks, Darth Vader lookalike, and tentacle monsters
8
SF novel — the only human on a space station full of aliens
6
80s(?) Fantasy Novel. Character is recording every moment of his life. Including stepping over a dying man
6
Series of novellas about a video game and weird silly putty
4
Book about a boy testing a new VR game