What was the gaudily coloured equipment on the Enterprise's corridor walls in ST:TOS?

Was any in-universe explanation given for those gaudily coloured things on the Enterprise's corridor walls?

Out-of-universe, they look very much like discarded match plate patterns from a metal foundry. The rectangular metal piece would be the "match plate", and the wooden carving would be the "pattern" that is permanently attached to it.
Is that what they actually were? 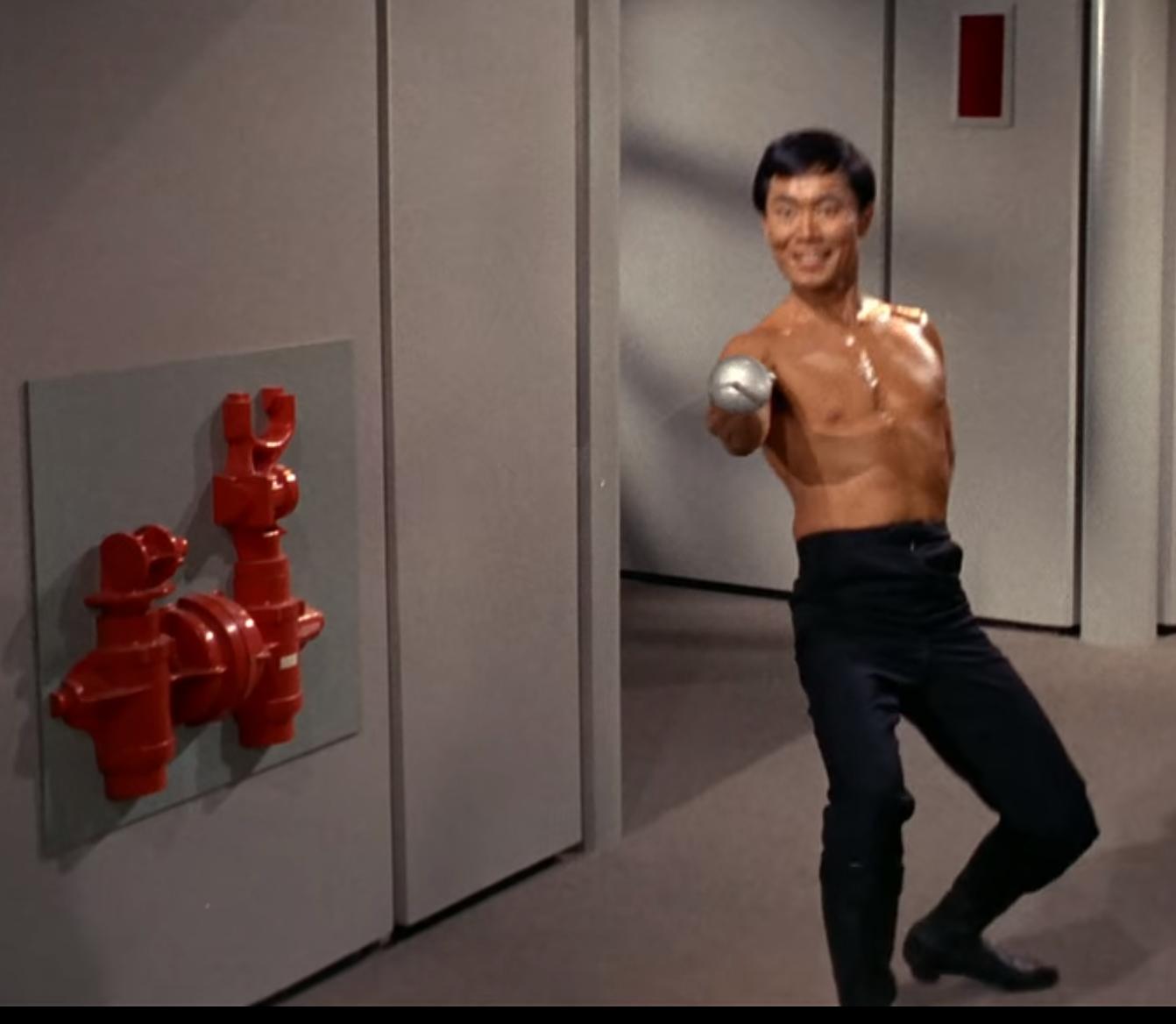 star-trek star-trek-tos props
Share
Improve this question
edited May 17 at 23:23
Ray Butterworth
asked May 16 at 23:40

They seem to be called "wall plant-ons". Christies had at least one for sale a few years back, which you can look at here.

According to the auction blurb, they're bits of wood that have been painted and lettered. I'd imagine in the props department.

As an homage to the TOS prop work, they actually made the internal works for the "wall plant-ons" in the form of "busy boxes" for Star Trek: Enterprise.

No one is quite sure what these gizmos were supposed to be on the original Starship Enterprise. Series art director Walter M. Jefferies simply wanted some technical-looking hardware to add visual interest to his corridor sets. The show's perpetually-constrained budget did not allow him the luxury of creating such things from scratch, so he looked around the studio for something that he could use. Stored in a soundstage basement, Jefferies found a collection of intricately-made hardwood shapes. They were old tooling patterns to make the inner mechanisms of obsolete camera cranes and dollies. Since the patterns hadn't been used for decades, Jefferies thought they might do well on his starship. Decades later, the Paramount special effects shop spent thousands of dollars re-creating Jefferies' inexpensive find for "In A Mirror, Darkly" in Star Trek: Enterprise. These unusual wall decorations remain a signature of Matt Jefferies' ingenious vision of the 23rd century, even if no one knows what they did.

Not the answer you're looking for? Browse other questions tagged star-trek star-trek-tos props or ask your own question.

22
What are the symbols in the Enterprise's chapel?
3
How was the Borg Drone able to transport through the Enterprise's shields?
16
What genuine references are there in Voltaire’s “U.S.S. Make Shit Up” song?
8
What governs the actions of the Enterprise's doors?
5
In ST:TOS “Assignment: Earth”, was the NASA stock footage fixed in the remastering?
3
What were the reasons for all the differences between production order and original broadcast order for ST:TOS episodes?
10
Was the corridor between the Enterprise-D's bridge and the conference room ever shown?
9
What is the actual color of the TOS Enterprise's engine front?
1
What was the “deal” that Sisko and Bashir made in the episode “Past Tense, Part I”?