The main character creates a VR game where you can create different worlds, she creates her own world based on a novel she created, then she gets stuck inside unable to leave the game

Is it I Choose the Emperor Ending?

Obsessed with medieval fantasies, Marina develops a revolutionary VR device that can bring fictional worlds to life. Her dreams come true when she transports herself to Lasnorok, the setting of her own novel. The problem is, she can't get back out! Disguised as a runaway slave boy named Rino, she comes face-to-face with the main character she created, the ambitious Edward Allen Dihas. Can Marina help him overthrow the emperor and survive to make it out alive?

The description seems to be fairly clear cut.

Could this be As You Wish, Prince (warning, TV Tropes site)? 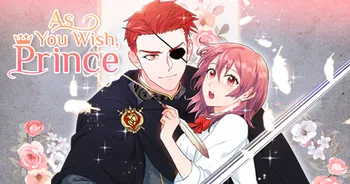 As You Wish Prince is a Korean fantasy romance webcomic published in English By Tappytoons. Yoonsoo is the successful author of a popular fantasy series. Just as she’s about to start work on a new series, Imperial Prince Einzen Kyte, the worst villain she created has kidnapped her into the world of her own story?!

It has a redheaded author transported to a world based on her works. According to subpages, she exits and re-enters the world, and finds that the changes she makes outside of the world affect it (although she can freely manipulate herself within the world, which she initially does to increase her breast size). She takes up a role as a guard at the palace, not certain if she crossdresses to do so.

Under things that don't match, after starting reading, the "third prince" shows up in our world to initially kidnap her rather than her showing up via a virtual reality machine.

14
Book about a kid who gets sucked into his computer game
10
Book where a boy and girl are transported into a fantasy video game
3
Isekai Manga about Protagonist with no Magic?
5
Manga about a middle aged lady who got dragged into another world as some kind of magician/priestess that specializes in barrier magic
6
Isekai about a girl who is reincarnated and knows she will be the villainess in the future
4
Searching for a manga about a mc that gets transported into a video game world
5
Manhua/manga/manhwa where the female lead's kingdom gets destroyed, and she's kidnapped and "held hostage"