What is the name of this Superman enemy?

I read the comic in 1980s but not in English so it could be before the 80s in English.

This enemy is an evil spirit that kills people and eventually kills the host (yes, it requires a host) and when the host dies, this spirit moves to another host. This evil was recorded since prehistoric times, when the punishment for this spirit was by throwing stones at it. If my memory is not wrong, it was also the one who influenced Cain to kill Abel.

I forgot why it wanted to take over and try to kill Superman. One way that was tried to get rid of it was by means of blood transfusions, with many volunteers giving blood to Superman, but the attempt failed. In the end, Superman tricked it by going to outer space where there is no life, and this spirit cannot move to another host.

I tried to search this in list of Superman enemies from this Wikipedia page, but I cannot find the right enemy.

The villain in question is a Zohtt.

Its sole appearance was in Action Comics Vol 1 403 - "Attack of the Micro-Murderer" where it uses its powers to infect Superman's bloodstream.

Superman gets a super-transfusion with the blood from hundreds of Metropolites, including Lois Lane. 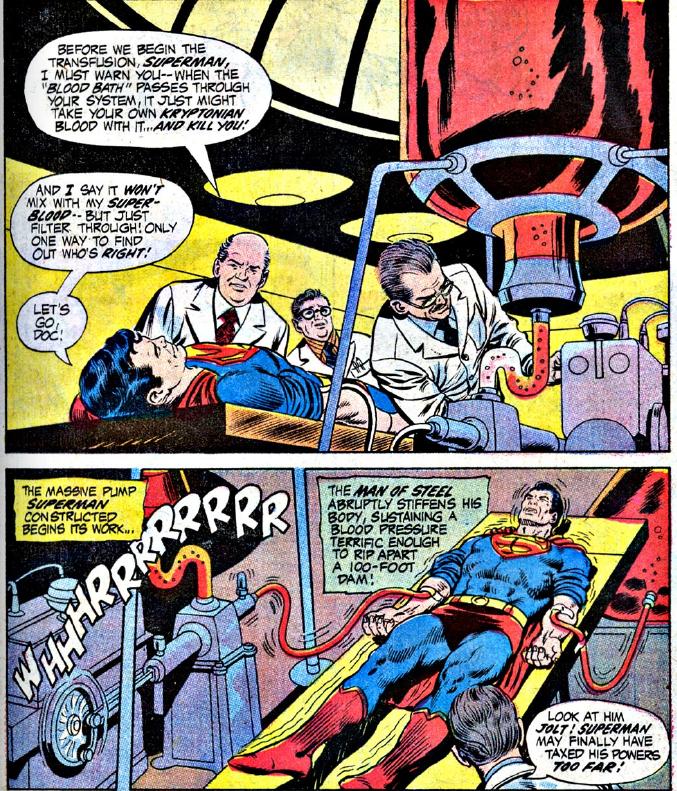 Not the answer you're looking for? Browse other questions tagged dc comics superman character-identification or ask your own question.

17
What happened to the rocket that brought Superman to Earth?
0
Identify the source of this Superman video
1
What's the name of this comic book villain?
10
What is this comic in which Superman fights Death?
2
What are the differences between the pre-crisis Superman and the post-crisis Superman?
2
When did Superman say this line?
7
Comic character from the 90s who resembled Spawn
7
How did Superman get his electrical powers in Superman Blue?
8
Who first said this iconic Superman line?
6
Trying to find the title to a comic book about an evil Justice League analog taking over the earth