Who are all the characters from the UK book covers of The Witcher series?

I recently acquired these paperback books from The Witcher series, and they are decorated with characters on the facing cover page, and I really enjoy them and wish to know who all these characters are, I recognize some of them but I would like to know for sure who they are. 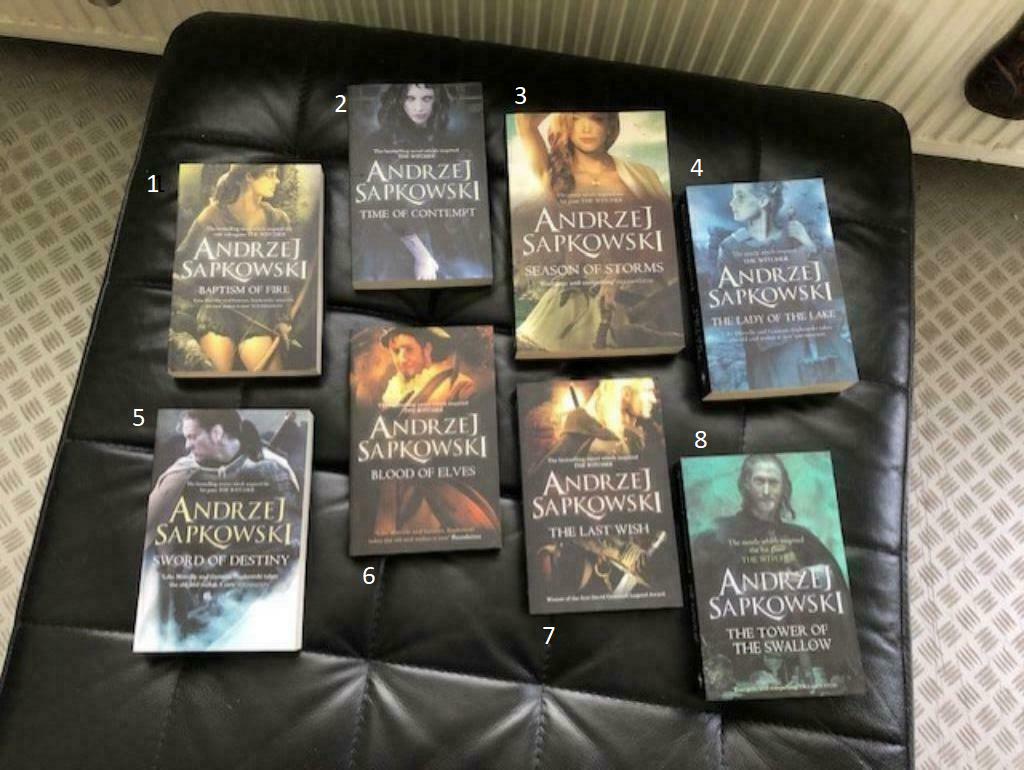 From what I can collect so far I think it's these characters but I would like some confirmation:

If anyone could clear this up that would be ace!

character-identification the-witcher cover-art
Share
Improve this question
edited May 26 '21 at 22:14

It's all the protagonists (Geralt, Ciri, Yennefer, Dandelion) and other prominent characters from Geralt's party in the series. Plus Lytta Neyd on the cover of the stand-alone book Season of Storms.

Without having any trustworthy source for it and just going by their looks and book motifs, then:

Defining attributes: the only archer among the prominent characters, forest motif.

Defining attributes: the only character with violet eyes. Dark hair.

Defining attributes: ashen hair, teenager, she is the one referred to as "The Lady of the Lake".

Not the answer you're looking for? Browse other questions tagged character-identification the-witcher cover-art or ask your own question.