I learned from Star Wars Episode IV - A New Hope, that the position of 'at attention' (Canon?) was the first imperial gesture or salute used to display respect, but later on I discovered that there were -at least- two more ways of military salute: One was in the Nazi army fashion (Legends) by standing at attention and holding out the right arm with the lower arm raised in a 45 degrees angle. The hand held open, showing the palm. This gesture was typically accompanied by the phrases "Long live the Empire!" or "Hail the Empire!". The third salute was delivered by Biggs Darklighter (Legends) similar to the standard American salute as follows: Raise the right hand sharply, fingers and thumb extended and joined, palm facing down, and place the tip of the right forefinger on the temple.

Given the aforementioned, I ask if there is a Canon reference about what is the correct Imperial military salute. 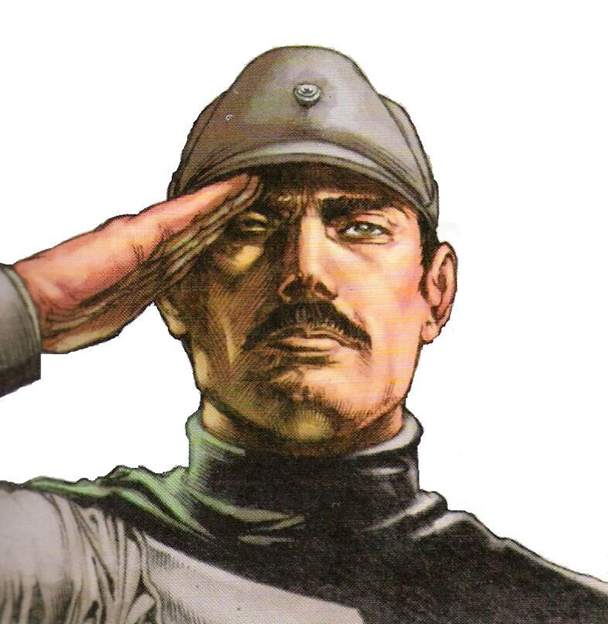 The salute used during the Clone Wars, and afterward by the Rebel Alliance, was what we'd consider a standard military salute these days, as seen in the following images: 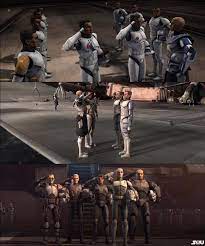 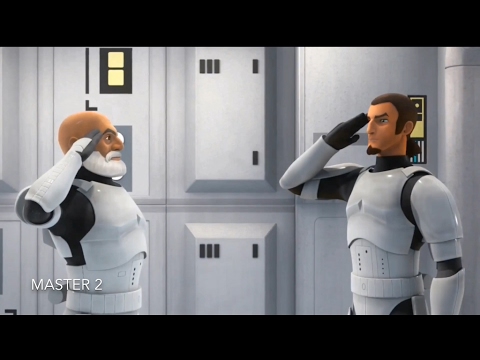 While there has been no canon depiction I'm aware of showing a specific imperial salute, given that the Empire kept a great deal of the military aspect of the Old Republic (uniforms barely changed, for example), it's unclear why the salute would have changed.