Why does Superman put one or both arms up when he flies?

When Superman flies his typical position is either one arm, or both out in front of him (either flat palm or fist closed). 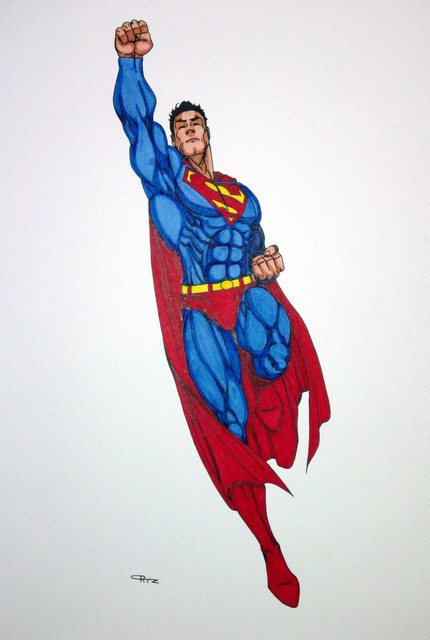 There are occasions where he does fly with his arms at his sides (usually when he's going for maximum velocity). 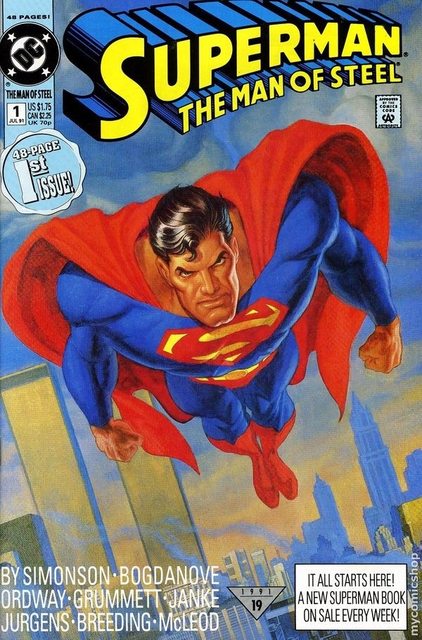 Obviously he doesn't have to worry about aerodynamics, is there ever an in universe or "Word of God" reason given for this pose?

I suspect this has more to do with the original historic images of Superman from the early covers of Action Comics and the Fleischer Superman animated films. YouTube keeps a nice collection of the Fleischer films on hand with decent video quality.

Today, I would consider it a matter of artistic style, not necessity as to why he might keep his hands out or at his side while flying since the character is so far removed from his origins, artists are likely to assume such poses for appearance sake, not even remembering how or why they came to be.

In universe: Just looking at his shape in the two illustrations you posted, I'd guess it is to reduce air resistance. This is similar to why swimmers dive into a pool with their hands extended, so they can slice into the water with less resistance.

Out of universe: It looks much more heroic to be drawn that way.

I always suspected it was to steer and maintain his balance. It would be undignified to be sideways.

I read a theory that he was using the hand out front to keep a sightline with the horizon. This is the same as glancing at the corner of the car hood to make sure you're not weaving. Maybe he just wants to keep his flight level. Getting pulled over for weaving is bad enough. Having the Air Force think you're flying drunk would be worse.

To protect his face

Ever got your arms out of the window of a moving car? I feel the windy senstion is really pleasant. Maybe Kal-El just likes the way the air moves around his arms as he flies.

When athletes jump in the water, and in at least one swimming style athletes will keep their arms in front of them like that. Not only that, the whole body position is similar. The difference is that Kal El looks head instead of downwards and sometimes he makes fists rather than having his palms open.

Maybe he saw people swimming before and he originally thought flying was like swimming in the air. That stuck with him and he never had any reasons to change how he flies. Compare with Marvel's doctor strange, which flies purely by magic, and also Marvel's Thor and the little prince, which fly by holding on to magic tools.

Aerodynamics of course. It's like a stealth fighter jet... It has a long needle on the nose to help break the sound barrier. Same concept with superman. But that's just my take on it.