Whose idea was it originally to capture Solo and use him as a bait to trap Luke?

We know from Star Wars: Episode V – The Empire Strikes Back (1980) that Darth Vader, after arriving on Hoth just before the Millennium Falcon escaped from Echo Base, decided to capture Han Solo and use him as a bait to trap Luke Skywalker. I don't remember but I did read somewhere that Vader took the idea from Boba Fett by remembering a conversation he had with the bounty hunter on Ord Mantell. I have been looking -without success- for a canon source of that aforementioned conversation in order to determine who really came up with the idea of using Solo as a bait to catch Luke.

I only found in Boba Fett Legends that...

Fett discussed using Solo to capture Skywalker on several occasions and, after one such meeting on Ord Mantell, Fett received word that bounty hunters in his own employ had managed to capture Solo over Hoth and were holding him at a remote location. By the time Fett arrived, however, Solo had escaped.

The only mention of Ord Mantell in the movie is made by Solo:

Han stops in the corridor and turns to face Leia.

HAN: Yes, Your Highnessness?
LEIA: I thought you decided to stay.
HAN: Well, the bounty hunter we ran into on Ord Mantell changed my mind.
LEIA: Han, we need you!

I found the meeting on Ord Mantell between Vader and Fett where the Bounty Hunter developed in the Dark Lord of the Sith's mind the idea of using Solo to lure Luke. The source is the Graphic novel Classic Star Wars, Vol. 3: Escape To Hoth (1996) by Archie Goodwin with art by Al Williamson.

Even though the aforementioned belongs to Legends, it could help to find a potential canonical response. 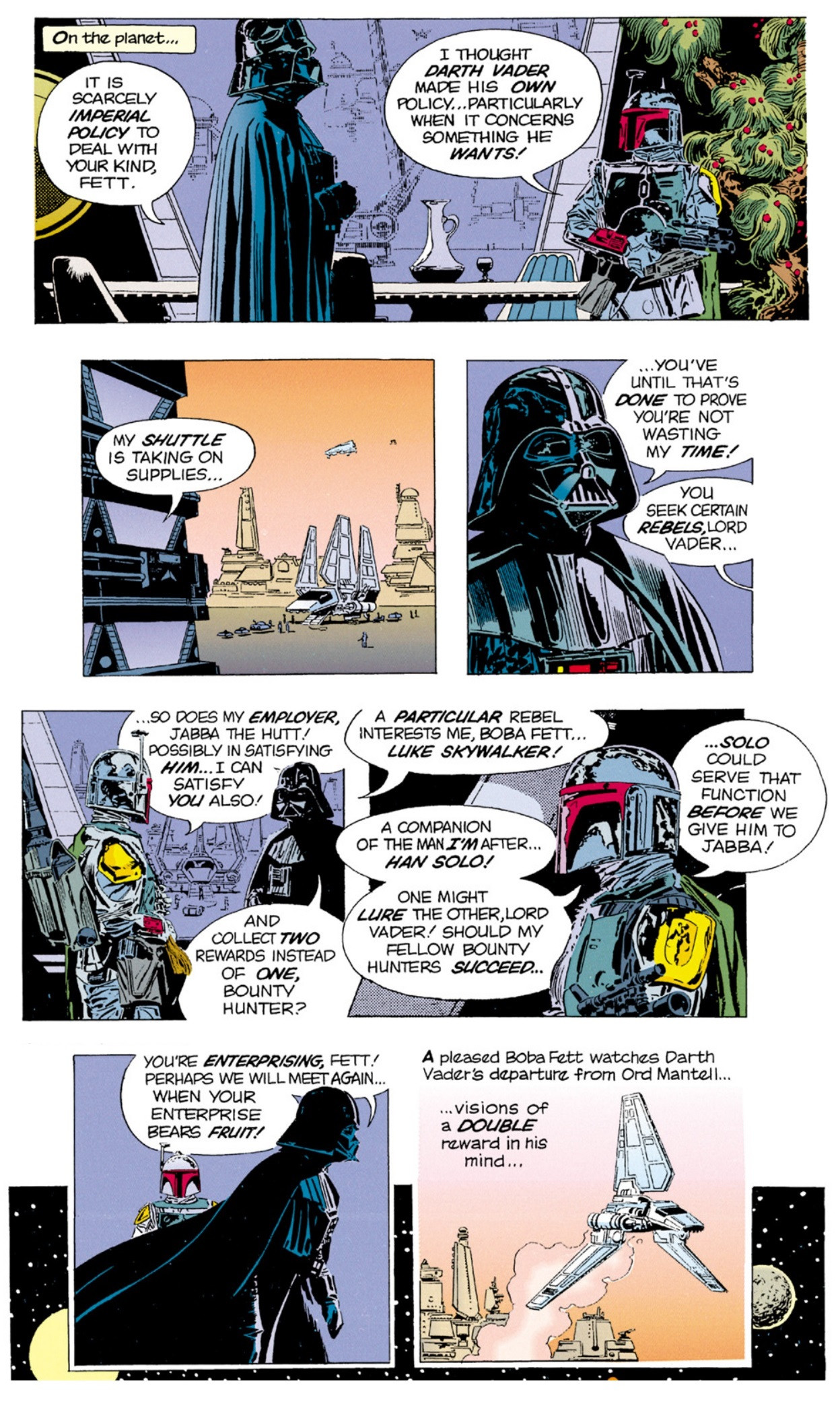 Looking into timeline, we see, that Vader himself devised the plan: https://starwars.fandom.com/wiki/Duel_on_Cloud_City

[Vader] arrived in the hangar where the Falcon had been docked just in time to see the ship leave and, recognizing it, he concocted a plan to capture it and its crew. Vader hoped that if he could capture and torture Skywalker's friends, the young Jedi would feel their pain through the Force and attempt to rescue them.

Vader saw, that Luke and Han went different way, and so he may now try to capture Han and use him as a bait. In case of Ord Mantell I think that was just a trap to capture Solo for the bounty.

54
How did Boba Fett know to hide in the Star Destroyer "Avenger"'s garbage?
25
Why was Boba Fett still hanging around with Jabba?
52
Why specifically did Darth Vader choose Han Solo to test the carbonite freezing?
20
Why was Boba Fett considered the greatest bounty-hunter in the galaxy?
7
Where was Leia when Han was being tortured?
9
Why did Lando Calrissian know Darth Vader was after Luke Skywalker?
16
Is the Leigh Brackett first draft of the script for Star Wars episode 5 available?
11
Did the terms of the bounty on Han Solo change between “Star Wars” (1977) and “The Empire Strikes Back” (1980)?
15
Why does Boba Fett not take Chewie in for his bounty when taking Han Solo?
11
What is the timeline of the rescue of Han Solo?