Was the footage Tony Stark saw of the Hulk original or was it from a previous movie?

When Agent Coulson visits Stark and Potts in Stark Tower, he gives Stark all of their information on the various Avengers. When Stark pulls it up he sees footage of the Hulk rampaging through some military tanks or something.

Was that footage original to The Avengers movie? Or was it footage from a previous installment of the Hulk (Either The Incredible Hulk (2008) or Hulk (2003)) ?

I disagree that it's new footage. The argument about different actors is null here, as the Hulk is facing away from the camera in the looped footage, probably for that reason.

I took snapshots from both The Incredible Hulk (2008) and The Avengers to compare them side-by-side, and it's the same shot. The only difference is the one shown in The Avengers is smaller and flipped (because we're seeing it from behind) and cropped because it's part of a news broadcast. The pose is the same, the tank and tree are the same, and the soldiers are cropped out of frame. 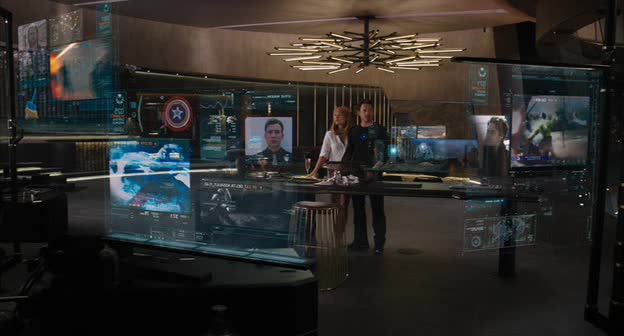 It's NOT a footage from the previous installment (maybe, due to certain rights issues). The footage shows the image of current Hulk in Avengers with a video in which he is shaking a tank and soldiers are shooting. If you watch that 3 second footage carefully, you will notice that the footage is in loop. Hulk lifts the tank, soldiers shoot and then again Hulk lifts the tank and soldiers shoot. If they would have used a previous movie footage, why would they loop it?

Source: Just watched the movie for the answer...

Not the answer you're looking for? Browse other questions tagged marvel-cinematic-universe avengers the-incredible-hulk the-avengers-2012 marvel or ask your own question.