Why did Sidious never seek to turn Rey toward the dark side of the Force?

We learned from the film Star Wars: Episode IX - The Rise of Skywalker (2019) that Darth Sidious or Palpatine offered to Kylo Ren a new Sith Empire along with the title of Emperor but only if he killed Rey. Later on, Sidious rejected the notion that he wanted her dead, rather brought to him to succeed him as Empress Palpatine and finally he asked Rey to kill him in order to transfer his spirit from the decaying clone body into the youthful Rey's, but, in the same way as Sidious did with Anakin Skywalker and Kylo Ren and planned with Luke Skywalker, I have found no attempt from Sidious to lure/tempt/seduce his granddaughter to train her in the dark side of the Force and replace Kylo Ren as his next apprentice. Why? 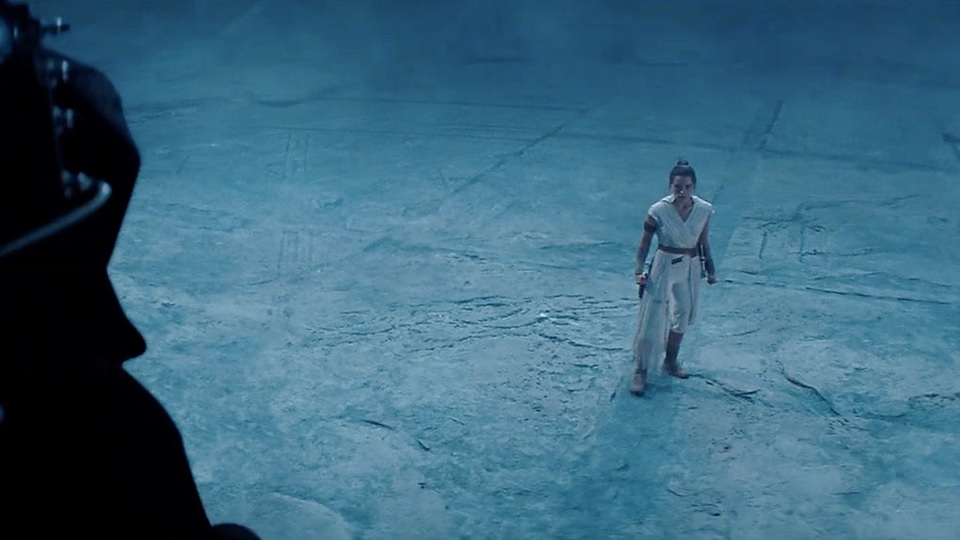 He just needed a young and trustful vessel for his spirit: Rey.

By that time, Kylo Ren had been a pretty decent and strong apprentice. Dark Rey would reign as a Master and Ren as his second in command.

9
Are the Sith always trained in lightsaber combat?
8
Was Darth Vader technically the last Sith Master?
26
Did Darth Sidious ever intend for Darth Vader to kill him and take his place?
16
Which predictions of The Rise of Skywalker: Darths & Droids Bingo were correct?
15
Did Rey, rather than Anakin, fulfill the prophecy?
16
Have we seen a dyad in the Force before?
6
Who did Kylo Ren think Rey was in "The Force Awakens"?
7
Why didn't Rey encounter Dark Side Rey inside the cave on the planet Ahch-To?
5
The nature of dark side Rey
28
How would killing the Emperor turn Luke/Rey to the Dark Side?