Which comic issue does Superman fight someone powered by prayer?

I read a comic once, long since given away, where Superman fought someone who was powered by prayer, without using force.

I'm hazy on the details, and there wasn't much to the story besides the 'powered by prayer' conceit.

I read it some ~7-8 years ago, and it was current at the time because it was part of a Sci-Fi Stack Exchange comic books giveaway (sadly discontinued).

I would like to be able to reference that issue when discussing how Superman's superlative abilities reduce his problems down to moral problems, but I've long since forgotten the series and issue number.

When did he fight a human who was powered by prayer?

This is Action Comics Vol. 1 Issue 848 and likely the following issue which continues the storyline "Redemption - In Good Faith". In it the villain would be Redemption. 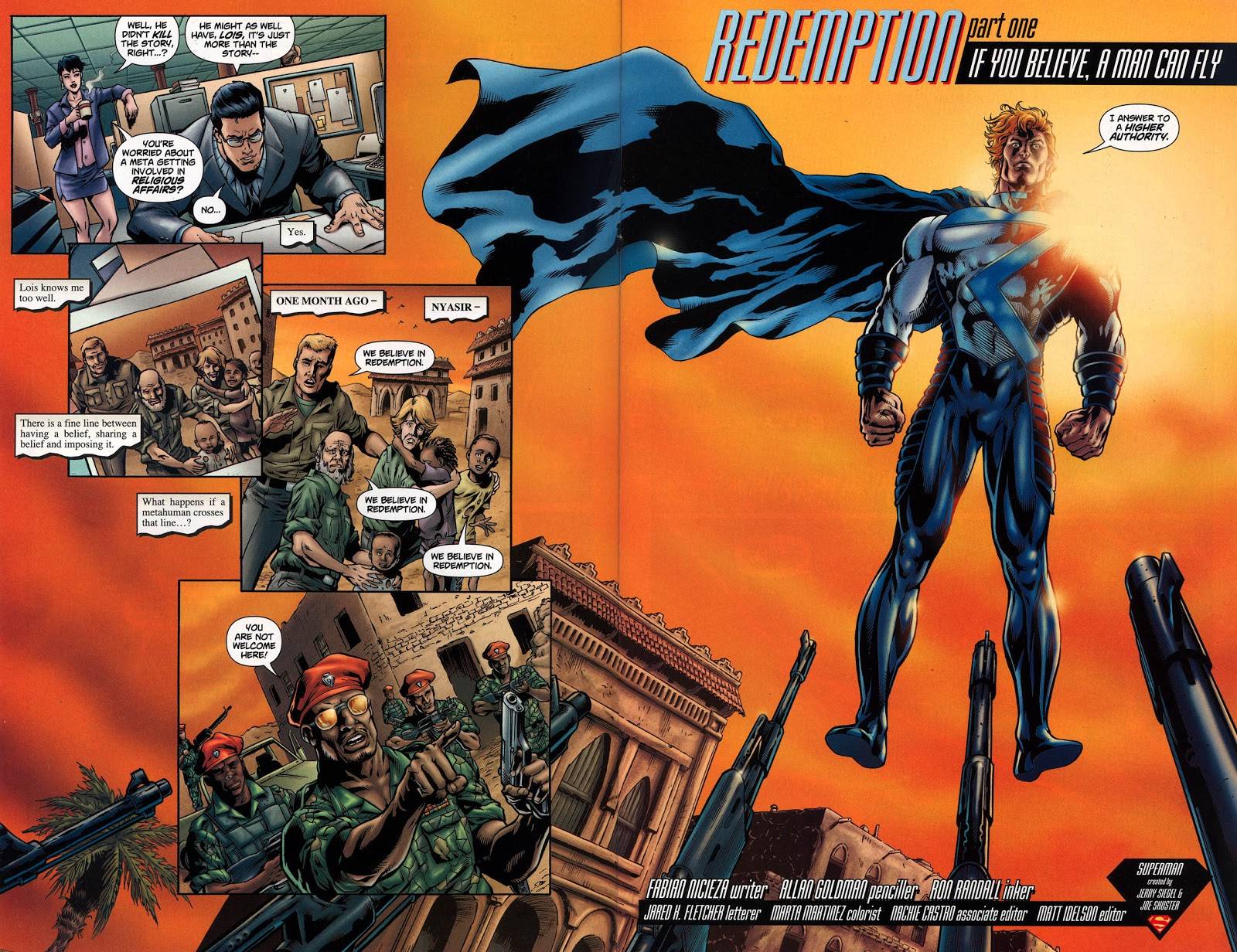 Not the answer you're looking for? Browse other questions tagged story-identification dc superman or ask your own question.

8
Did Superman ever attend Sunday School in Smallville?

14
The New 52: What Titles Don't Mix Continuity For New Reader?
3
How does superman fight magic?
6
In which Batman comic issue was there a plague of illiteracy?
8
In which comic issue was Superman ruler of hell?
7
Superman vs. a wrestler comic book name?
5
Which comic first shows how Superman built his "Fortress of Solitude"?
10
What is this comic in which Superman fights Death?
8
70s-80s DC comic in which a demon devours a man in a Superman costume
22
1970s team-up comic in which Superman nonchalantly kills a sentient brain?