This is the information I remember from the manga.

First, in this world things like demons exist; the main character's father works for the demons. Our main character is a human, however he is chosen by a card, I believe it is called the lovers card or something along those lines. Since he got this card that means he has the right to fight to become the next demon king.

He goes to a school of prestigious demons where all of the card holders go. They fight and whoever is the winner end up becoming the demon king. Also the principal of the school is the current demon king. During his journey, he picks up a couple of friends who are demons, and they decide to join him in his fight in the succession battle.

I believe this is Maou Gakuen no Hangyakusha: Jinrui Hatsu no Maou Kouho, Kenzoku Shoujo to Ouza wo Mezashite Nariagaru (Devil King Academy’s Rebel: Mankind’s First Devil King Candidate is Aiming to Rise to the Throne Together With His Female Retainers).

Morioka Yuuto was an ordinary highschooler who was chosen as a candidate for the next Demon Lord. Thus, he was transferred to a Demon’s school, Ginsei Academy where he faced contempt from the other students. “—I’ll make you into the Demon Lord. So…… take me.” Through an encounter with the Demon beauty, Himekami Rizel, Yuuto’s life changed, along with the world. In addition to being able to learn any magic at one glance, he can also infinitely absorb the mana of his harem by maintaining skin contact. This was the special ability which can only be held the human Yuuto. The human Demon Lord candidate aims to become a just Demon Lord and stand against the strongest Demons!

The main character, Morioka Yuuto, wakes up to find a mysterious tarot card lying on his bed. He shows it to his parents to ask if one of them left it there, and they're overjoyed to see it. His father reveals that they're secretly "demonkin" -- people who work for demons -- and that this card, "The Lovers Arcana," signifies that Yuuto has been chosen as a candidate to become the next generation's Demon King.

Yuuto is immediately transferred to a special school for Demon King candidates, and discovers that all the other students are demons from upper class families, and that he's the first human to attend the school. This automatically makes most of the other students disdainful of him, and one of them even tries to kill him on his first day there, although another student, Himekami Lizel, steps in to help him out and teach him how to use the magic powers he's gained as the owner of the The Lovers Arcana.

Yuuto is later summoned to the principal's office, where he learns that the principal of the school is the current Demon King. The principal informs Yuuto that there are 22 owners of Demon King Arcana in total, and that they must fight one another in order to determine who the next Demon King will be. 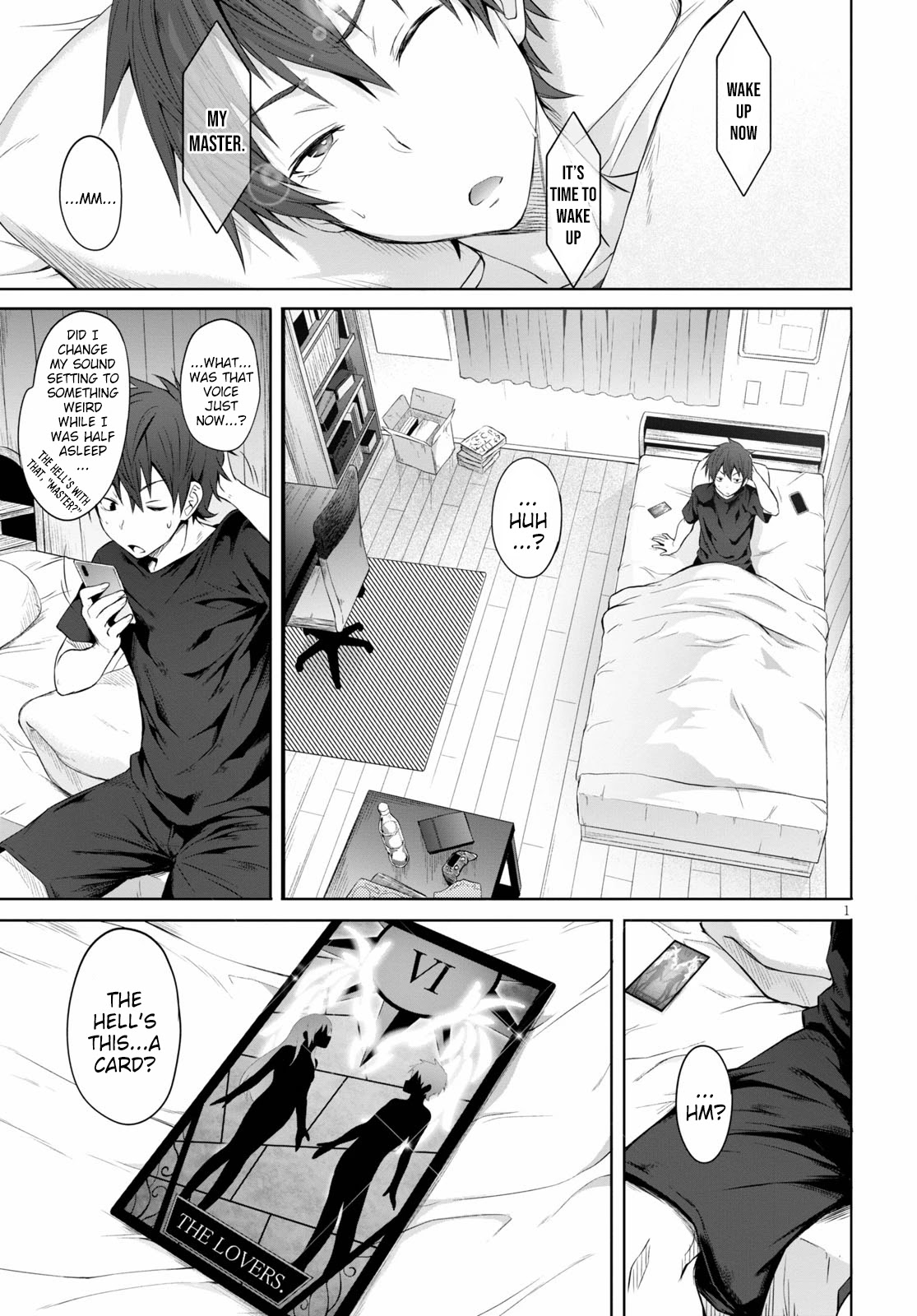