I read this in the late 1970s, but have long since lost the comic.

The villain in the story is a Walt Disney expy (short for "exported character"), and the story takes place at a serial-numbers-filed-off version of Disney World, with Micky/Minnie Mouse expy minions.

"Walt Disney" is using "Disney World" to harvest people's life energy to unnaturally preserve his life; their drained corpses are disposed of in various disaster "rides" and they are replaced with robots. I recall one of the rides has a bunch of people getting incinerated in a lava flow. (Maybe a Mt. Vesuvius ride.)

"Walt Disney" tries to trap Wonder Woman to use her life energy as a better battery than normal people, but the good guys defeat him.

As I recall the minions had "guns" that looked something like gumball machines.

I suspect you're referring to Wade Dazzle, a Walt Disney analogue that appears in Wonder Woman Vol.1 #222 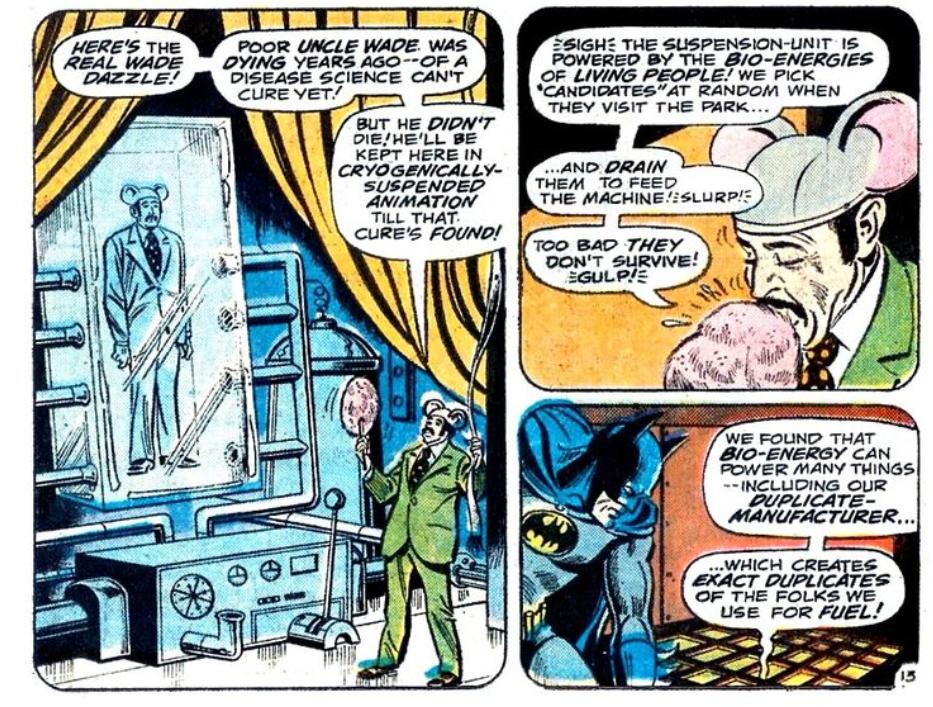 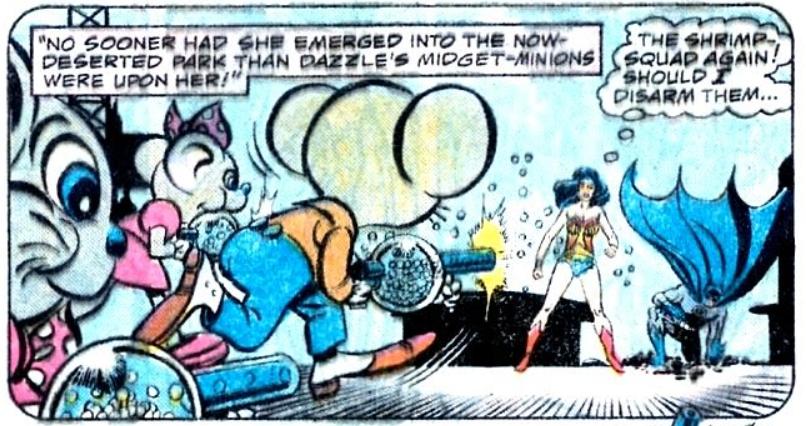 Not the answer you're looking for? Browse other questions tagged story-identification dc comics batman wonder-woman or ask your own question.

27
Is Batman's 'relationship' with Wonder Woman comic-book canon?
8
Which comic had Batman getting punched by Wonder Woman after he kissed her?
2
Did Batman have a thing for Wonder Woman in the New 52?
6
Identify a comic where US army captures and arrests Wonder Woman
15
Which comic book has this image of Wonder Woman carrying Superman and Batman?
6
Does Wonder woman celebrate...or even HAVE...a Birthday?
9
Trying to find the comic this page featuring Wonder Woman, the Atom, and Batman was taken from
10
Comic book where Batman said he would save Wonder Woman if he could only rescue one person