I believe I read this book in the mid-1980s, but I can't really be much more specific. I recall it being a book, definitely more than just a few pages in a magazine, but it might have been a novelette-sized chunk of Destinies or something like that.

The book described a slower-than-light interstellar colonization program using fusion-powered torchships that would keep constant acceleration throughout the voyage to simulate gravity. Each ship comprised a drive hull (or two) and a number (from 3 to 10) of habitation hulls. The following diagrams are (as best I recall) approximately how the ships were depicted. (The book definitely included diagrams.)

Side view (front is left):

I may be confusing this with another explanation, but I believe the ships accelerated small iron particles ahead to deflect any small objects that might be encountered in interstellar space. As the ship accelerated through space it would catch up with particles sent out earlier, which would be magnetically collected and re-used. At turn-over the last particles would be lost, but the ship would have the plume of the torch clearing space ahead of it instead.

The book explained how life aboard the ship would be ordered, including schools for children, etc. On arrival at the destination, the entire habitation modules would be dropped to prepared landing spots on the planetary surface, forming a set of towers as the core of the new city. (I think there was a drawing of this as well.)

The diagrams include configurations of the modular starships, which match the questioner's diagram. 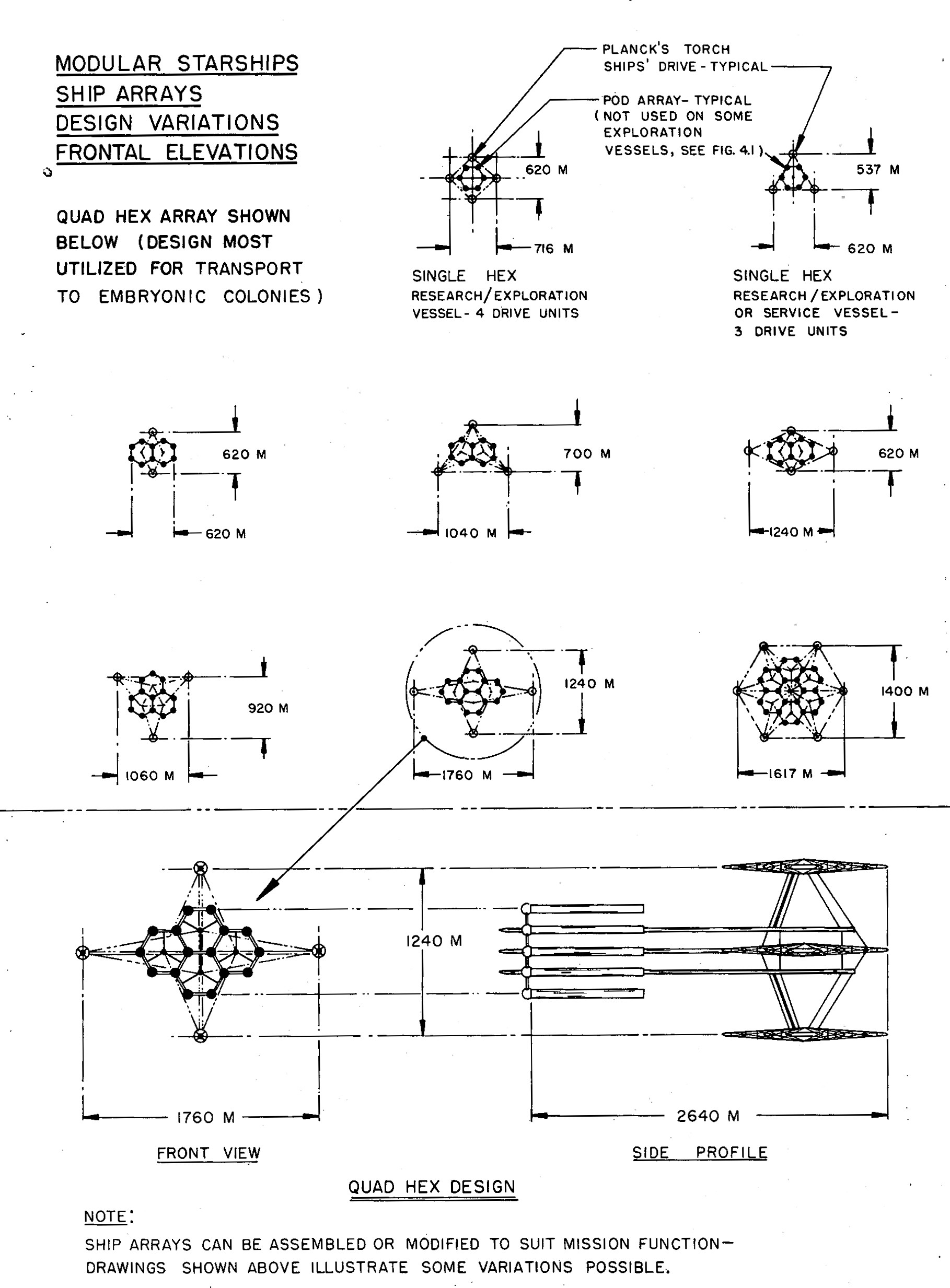 The starships accelerated small iron particles ahead to deflect any small objects that might be encountered in interstellar space, as an artificial van allen belt 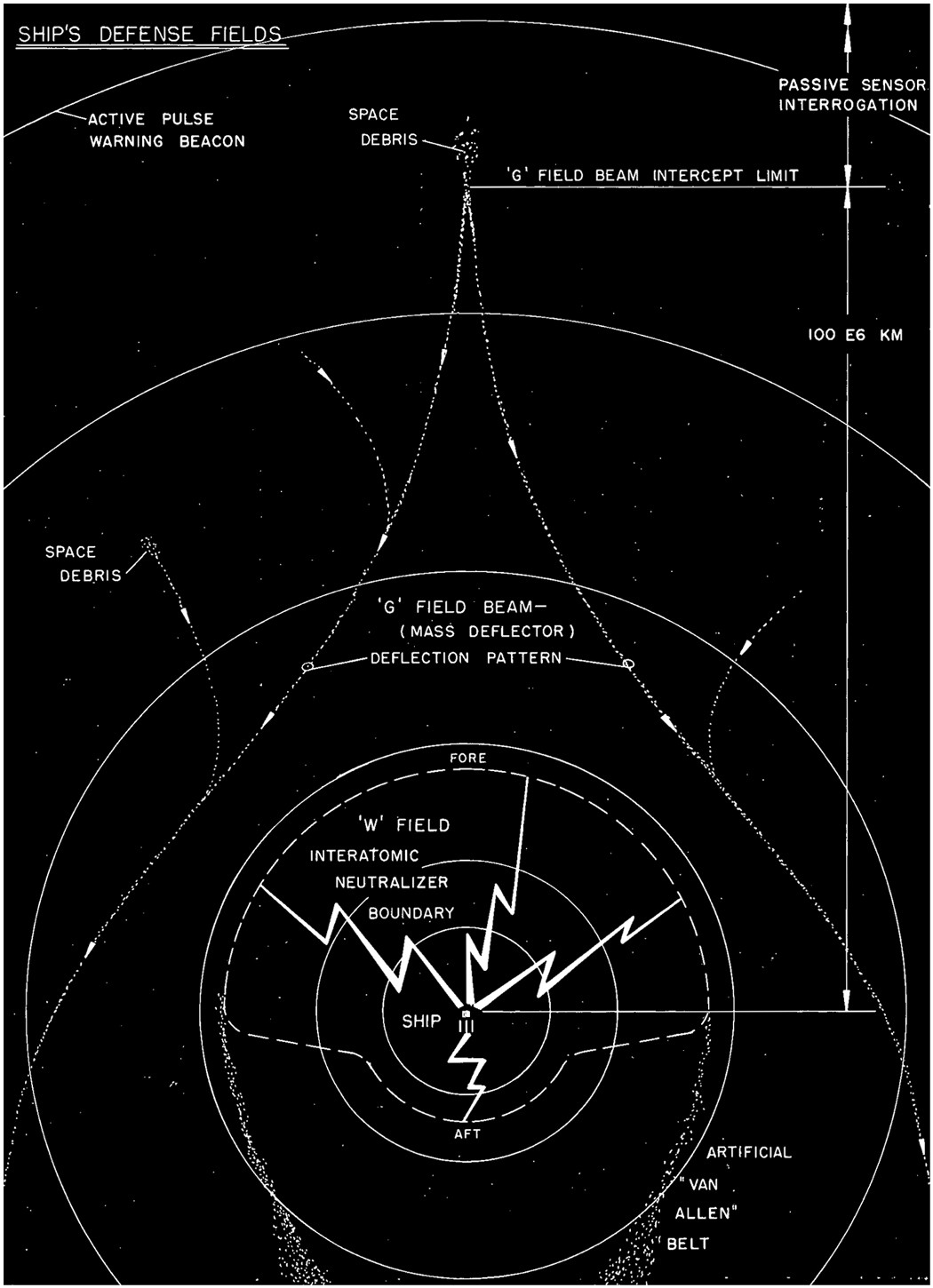