In the execrable Batman: Digital Justice, we learn that Batman, after retiring from public life, spent years developing the Batcomputer into a sentient artificial intelligence capable of controlling objects inside "the net" as well as hacking real-world objects outside of it.

His grandson takes over the family business and the 'Batcomp' provides him with a high-tech suit with which it can interface directly (Jarvis-like), in order to provide digital support. 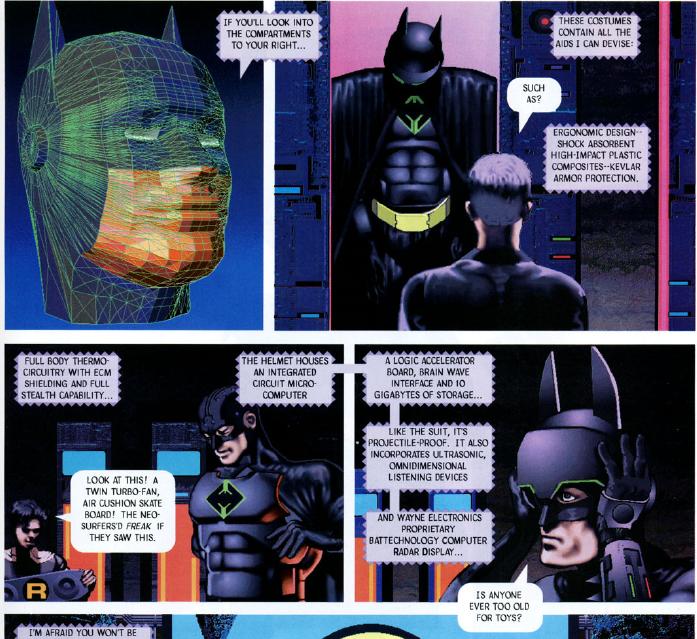 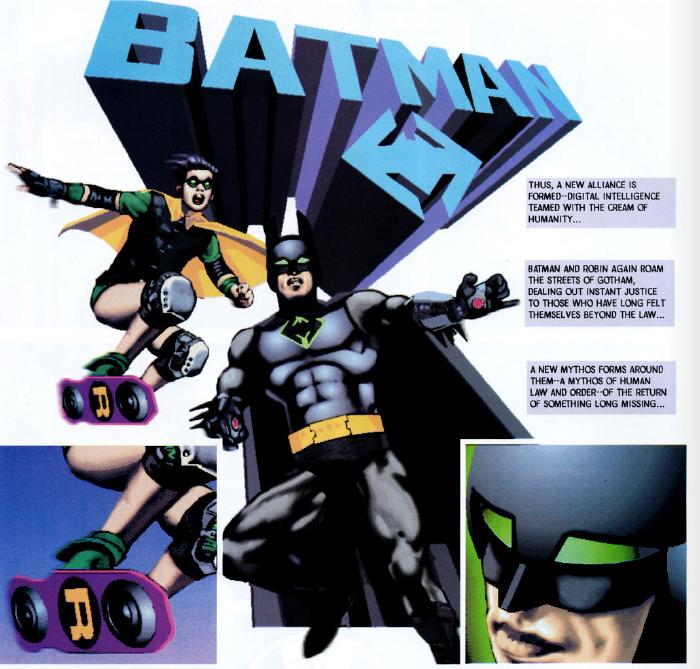 Batman created a sentient satellite named Brother Eye after he found out his memory had been altered without his knowledge or consent. He basically used Brother Eye to create a database of every detail of every hero or villain on Earth so that if anybody changed his memory again, he would have all the facts there to correct it.

Predictably, a villain found out about it and hacked it to respond to him instead. He hooked it into another ill-advised program called OMAC that could turn regular people into mechanized attack drones. This effectively gave the villain control over everybody on Earth and undoing all of that was most of what Batman was up to during the Infinite Crisis event.

Hilariously, when he explains the situation to Jaime Reyes without the background, Jaime asks what twisted supervillain thought creating a sentient satellite to spy on everybody in the world was a good idea. Batman responds, "Do me a favor, Jaime. Don't tell Green Arrow you said that."

34
How does Batman have time for the amount of research he does?
7
Has Batman ever successfully scared anyone straight?
10
Should I start reading batman from the start or from the new 52?
9
Was there a comic where Batman and Robin were attached to a giant piano?
20
Did Batman ever tell Superman “the last time when you really inspired anyone was when you were dead”?
6
Has Batman ever unintentionally/accidentally killed someone?
4
Does Batman's utility belt have any other “standard” equipment besides grapple guns, ropes, communicators, gas pellets, bombs and batarangs?
7
In the comics, how long has Batman gone without sleeping?