I'm searching for a movie where humans fight some aliens. Those aliens have a very scary shape (like monsters, bugs, ants, or something similar).

At some point during the movie it is revealed that this scary shape is actually an illusion made by the government to manipulate the humans into fighting with fewer moral inhibitions.

The release year of the movie is roughly between 1995 and 2010. I watched it in German, but I think it was originally English.

I remember the movie to be quite violent with lots of mass fighting scenes soldiers against aliens.

Could it be the episode 'Men Against Fire' of the anthology series 'Black Mirror'?

The episode was originally broadcast in 2016 so later than you estimate but seems to fit your description.

There is an episode of the 1995 The Outer Limits series, "Hearts and Minds" (season 4, episode 3) where the soldiers have drug implants that make their (human) enemies look like aliens, and the other side is doing the same.

From the plot summary on Wikipedia:

All soldiers of the team have drug injectors to protect them against an "alien virus". After a drug injector malfunction, the soldiers slowly realize that the drug is actually designed to cause hallucinations of disgusting looking aliens. The "aliens" are actually humans as well, but from another federation. The team tries to make contact with the "alien team" to explain the situation and ask for peace. But their drug injectors work properly and they kill everyone from the team, believing that they are the aliens. The final scene shows the soldiers dead on the floor.

"While out on a kill mission, Ringer removes her military implant, causing her to register as an Other-possessed human on the squad's scopes. The squad deduces the plan to have them kill real unpossessed humans, making them the 5th Wave. " 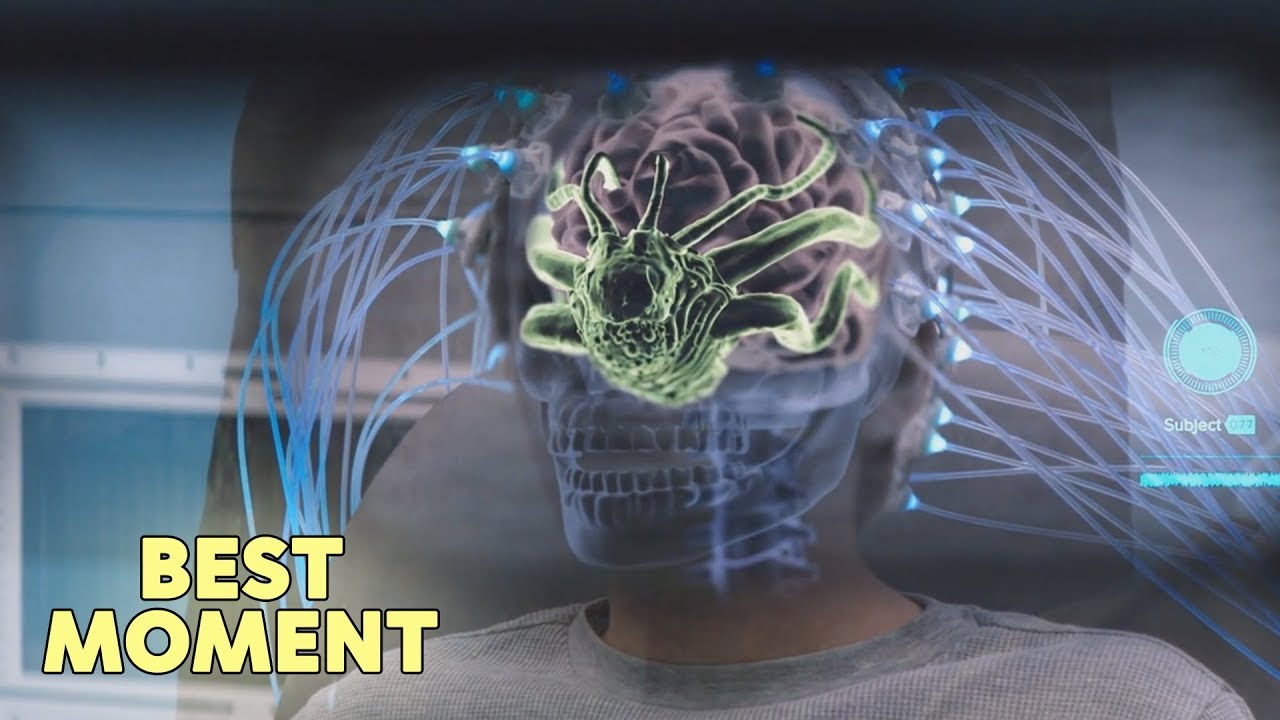 8
Movie about a mysterious girl who turns out to be an alien
9
Movie where aliens/monsters electrocute people
7
Looking for 80s sci-fi movie, Aliens who fuse, Robotic Band Members
22
Old scifi movie where aliens disguise as humans
11
Looking for a late 1950s to early 1960s movie or TV show with some similarities to "The Zanti Misfits"
11
Black-and-White Sci-Fi Movie with Cone-shaped Aliens
6
Animated (or motion captured??) horror movie, Asian, where green fog (from the sea?) turns people into monsters
12
Sci-fi movie with aliens, where blood was coming out of overhead pipes