Manga about a modern day girl who is transported in time to marry a king, but is rejected due to her boyish looks

There was this manga I forgot the title of and am trying to find. It's about a modern day girl who is transported in time; apparently she is considered holy and is to marry the womanising king. But due to her boyish looks she is rejected and is sent off by the king to marry one of his veteran knights, who is an old man.

This is The Best Is Saved for Last, aka Nokori Mono niha Fuku ga Aru.

Nako's been summoned as a sacred figure, but she doesn't have the special powers her summoners expected to make this "other world" a better place.

She's sent away to live in a detached palace with Lynn, her lady-in-waiting, until one day, she's ordered to marry an earl who's said to be the country's hero. The thing is, he's over the age of 60.

The description matches most of the question; modern age girl is summoned and ends up being married off to an older man. The king that ordered her summoning rejects her offhand for being too boyish. She was summoned as a "sacred virgin". 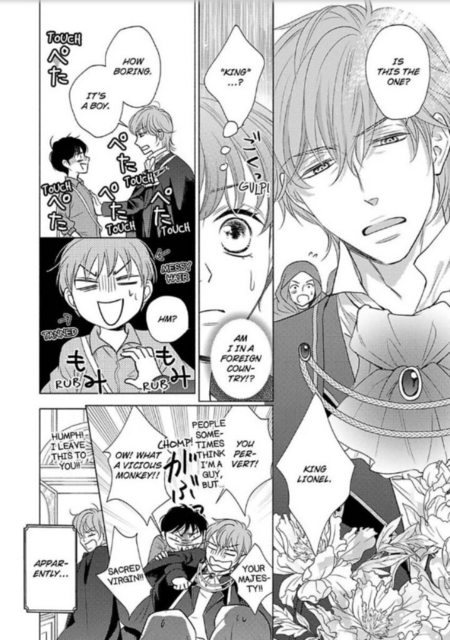 5
Manga with a god that sells dreams and a variety of god/animal characters
32
Manga about a female worker who got dragged into another world together with this high school girl and she was just told she's not needed anymore
0
An Isekai about being resummoned after he died
3
Manga about a girl who lives her life as if she was in a manga
5
Woman transported to a medieval world, recruited by a prince to help his friends
2
Manga where a martial artist steals a bracelet, causing his powers to be sealed and sending him to another world
7
Isekai manga where a guy and a girl are transported into an otome game (not "The World of Otome Games is Tough for Mobs")