Remembering that machine was actually a big, almost half room stand just in front of tv and at other end i think that man sitting to handle with it.

Remembering that at end of movie main good guy, some policeman/detective saw like laser dot (i think) on the woman/girl on some set, jump in push her aside and shot with the gun into camera... bullet travel through camera, from tv, to that machine and at the of machine kills the evil guy who operate with it.

Seems like Kamikaze (1986)... but some scenes i found on YT not match with my memory ! And it haunt me that main good guy is Michele Placido from La Piovra - but cant find on imdb movie description that match with him 🤔 And i'm 90% sure its him as main good guy.

Anyone have any ideas ?

I know you've said you don't think it's Kamikaze (1986), but there's a scene in that film very similar to the one you described.

The police don't yet know who the killer is, but with the help of several scientists they've essentially figured out how the murders are being committed, built a psychological profile of the killer, and figured out how to locate him if he uses his weapon again. They put out a broadcast specifically addressing the killer, in order to manipulate him into using his weapon so they can locate him and zap him with similar technology to the stuff he's using.

They have a device at the TV studio which lets them know when the killer is about to fire his weapon, and when the inspector leading the case sees it going off, he runs over to the woman speaking to the killer on camera and pushes her out of the way. Then, after angrily berating the killer and goading him to shoot, he fires his version of the weapon at the camera, sending a signal to the killer's home which causes his machine to short circuit and blow up, knocking the killer unconscious.

This scene occurs about an hour into the movie, not at the end, but you might've thought that was the end (and that the killer was dead) if you stopped watching there for whatever reason. 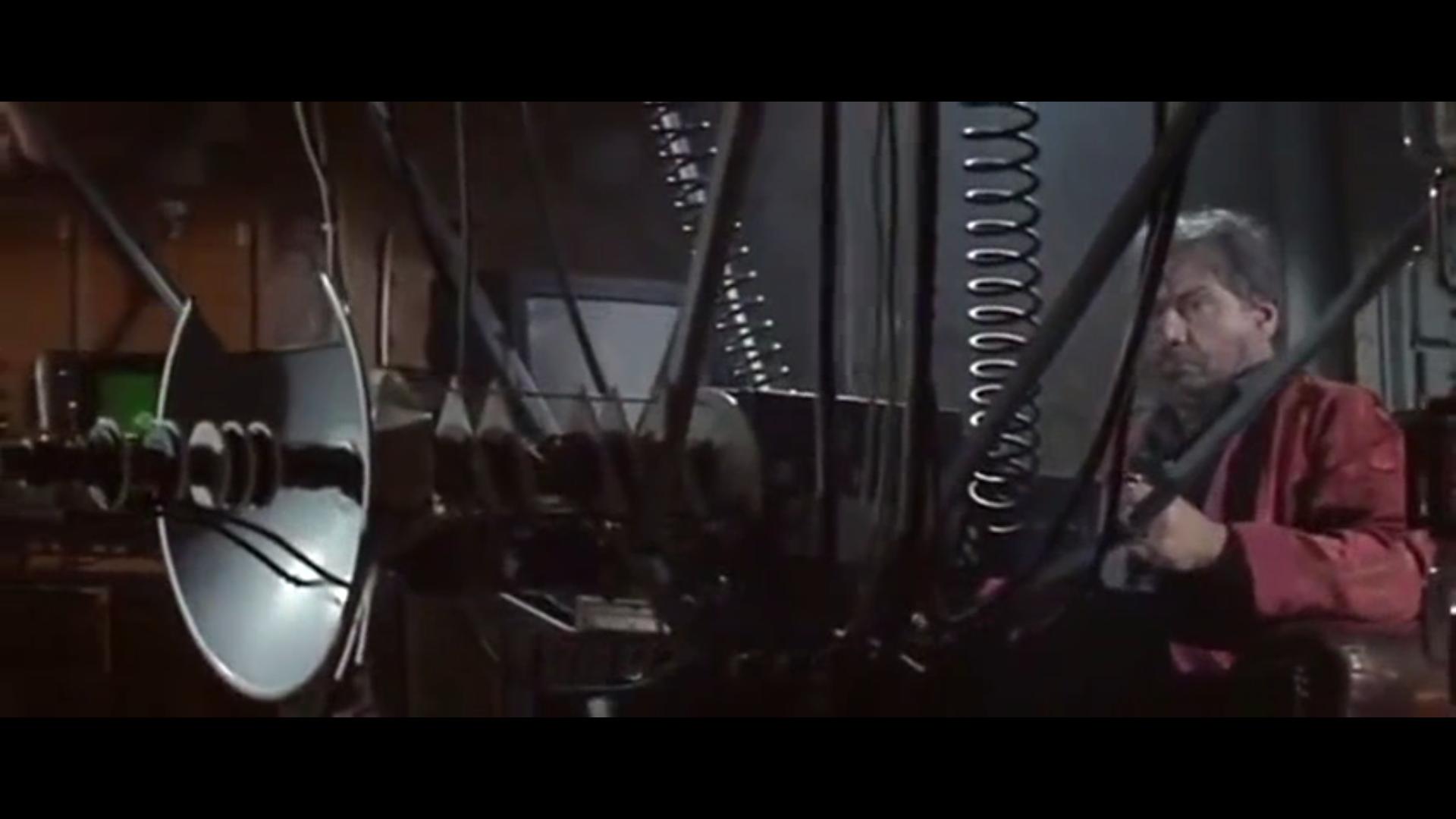 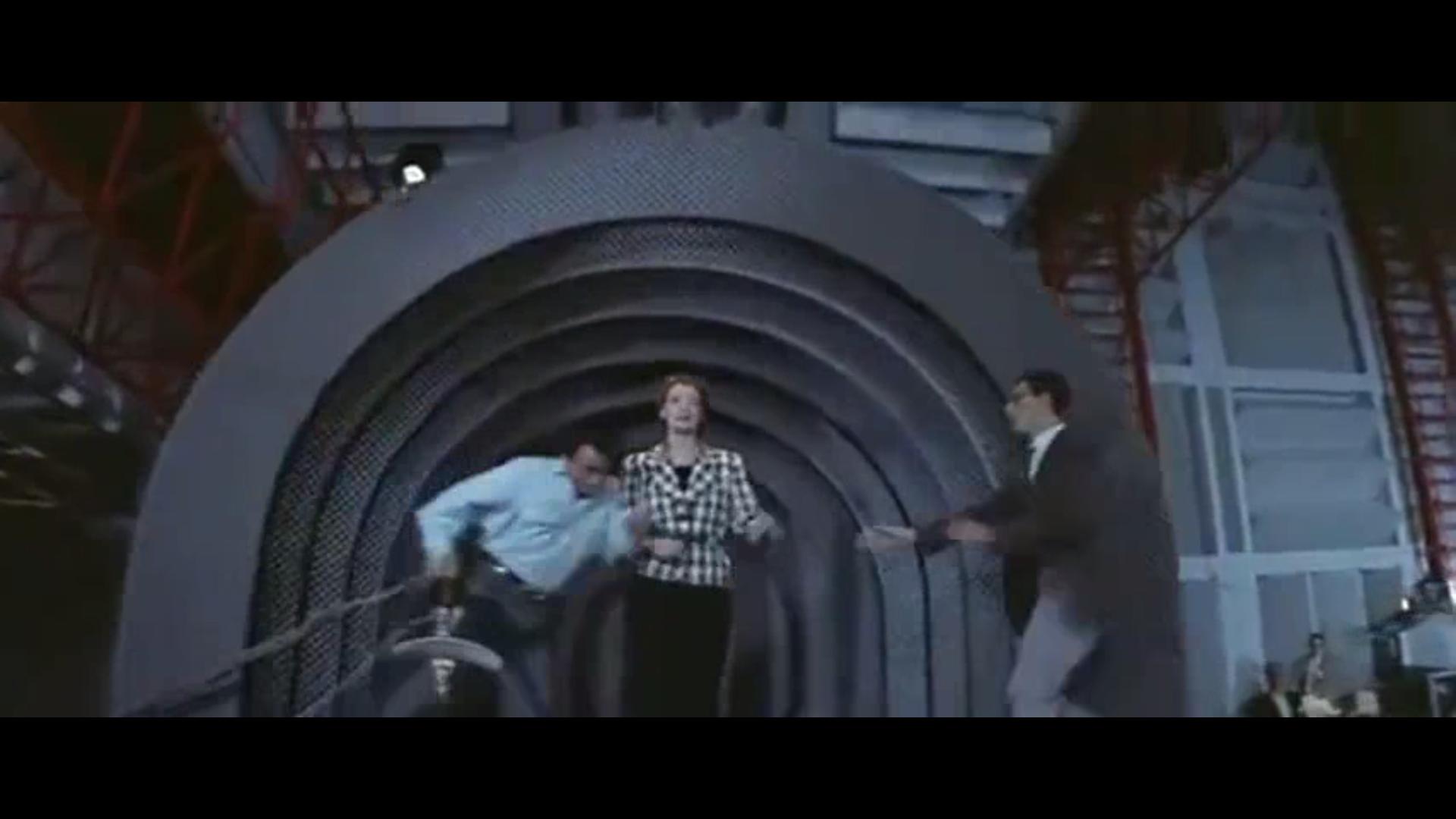 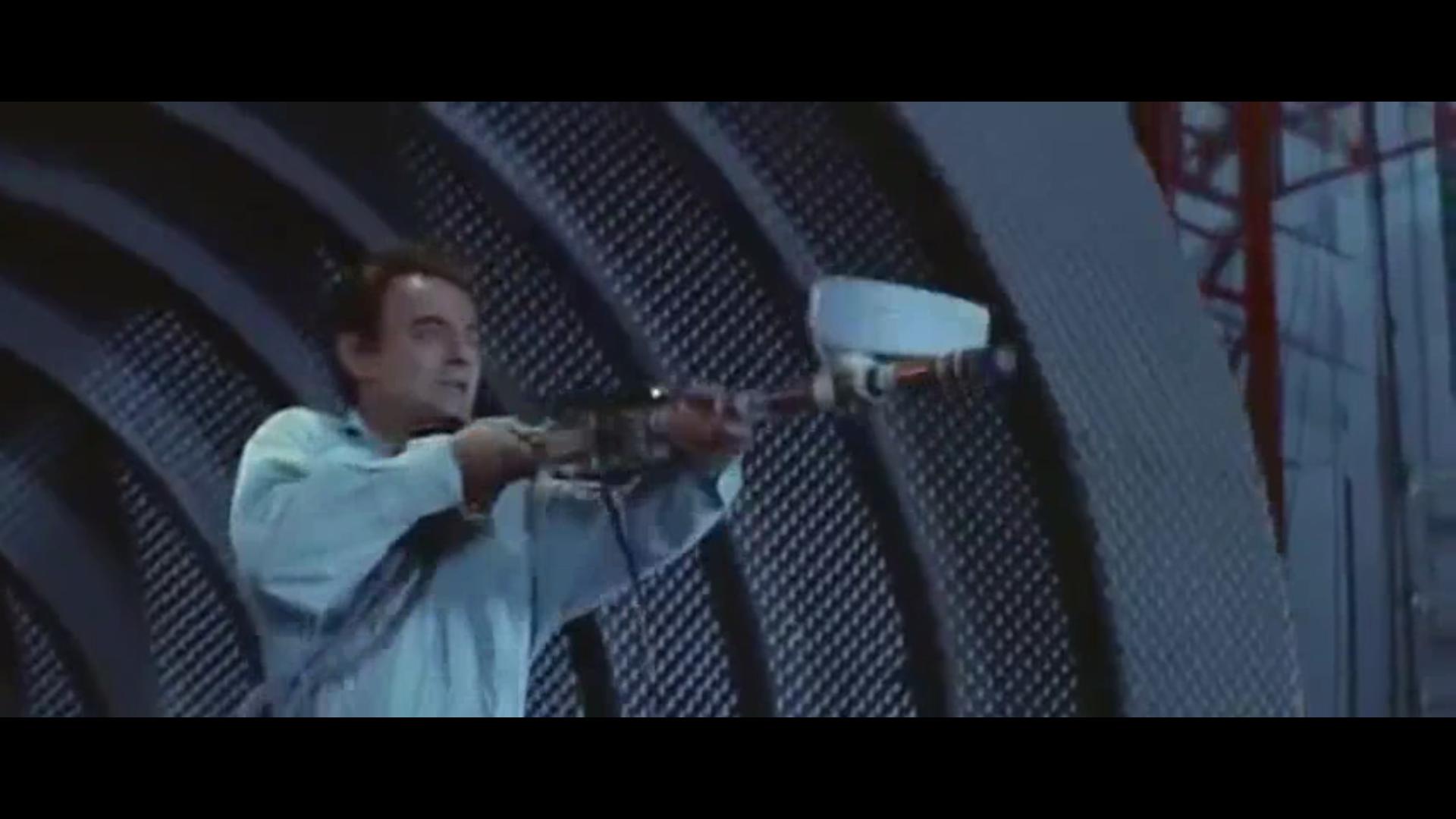 9
Weird movie with winnebago-submarine thing surviving a global flood
25
Black and white Italian movie where an audience member gets shot
10
Movie about a man who can see personalities
8
Movie with a demon that forcibly impregnates women
13
Movie with cyberpunk-like villain set in jungle
4
Movie with young man with amnesia, and machine to restore memory
15
Fantasy movie from '80s or '70s with rapid ageing death scene
8
Horror movie about a killer who plays chess with his victims
17
German (?) film from 1970s with reporter with artificial eye camera following a dying person