So I'm trying to found a manga that I read a while ago, but I don't know the title or the characters name of the same.

What I can remember from the manga is that the protagonist confesses to a girl but gets rejected, after that he walks away depressed and gets hit by a car.

After that he wakes up in a boy's body in another world. Knowing that he is in another world, he thinks that he has a cheat ability like in the manga and books he knew in his world, but when he tries to use it, nothing happens. He accepts this and continues with his life.

After that, he knows about a woman that is blackmailing his family with an item (idk what the item is), but he intimidates her and says that she is a liar (before that, he talked to a friend/soldier to attack her after she tries to attack him or something like that).

What I also remember is that there's a girl (presumably the same age as the MC) who is also a reincarnater, and she died in the same accident as the MC. She reveals that she knows the world that she is in and that it is an otome game she played a lot.

This is what I remember. So, if you guys know the title, please send me the name. xD

I suspect what you're looking for is Ikemen ni Tenseishita kedo, Cheat ha Dekimasenseshita. 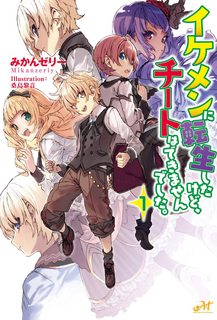 Here are some parts of the manga which somewhat match what you've stated:

the protagonist confesses to a girl but gets rejected 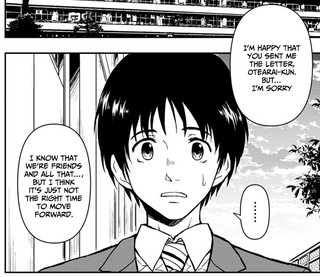 he walks away depressed and gets hit by a car 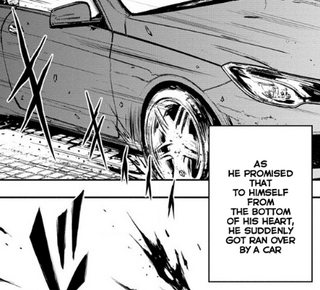 a woman that is blackmailing his family with an item 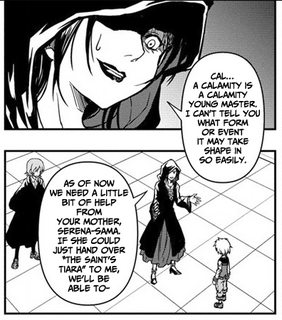 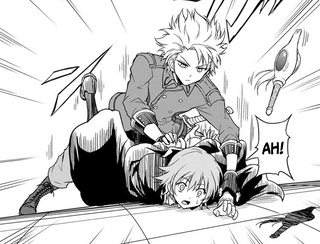 So it appears that it hasn't been revealed in the manga (that's been translated so far) that the protagonist is in an otome game. However, it has been confirmed in the light novel, and the other events seem to align with everything else you outlined.

Hope that is what you're looking for.

Idk about the first part about getting hit by a car, but the later parts of your description pretty much match a manga called Otome Game Sekai wa Mob ni Kibishii Sekai Desu (Trapped in a Dating Sim: The World of Otome Games is Tough for Mobs).

Leon, a former Japanese worker, was reincarnated into an "otome game" world, and despaired at how it was a world where females hold dominance over males. It was as if men were just livestock that served as stepping stones for females in this world. The only exceptions were the game's romantic targets, a group of handsome men led by the crown prince. In these bizarre circumstances, Leon held one weapon: his knowledge from his previous world, where his brazen sister had forced him to complete this game. Leon, who really just wants to to live as a shut-in in the countryside, uses that knowledge to raise a ferocious revolt against the women and handsome men.