Manga about a person who goes into the past

I read this in the past and lost it, the main things I remember are

I think it's the It All Starts With Playing Game Seriously where the main character gets sent back in time and there is Ki in it. 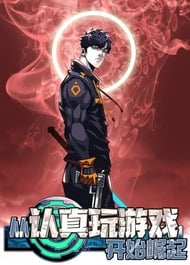 One born as an ant out to have will and ambition. Fate has not yet been determined; each of us are a black horse. When the game [Yuan World] descended into reality, players gained the ability of their in-game characters. As such, the world became chaos. Liu Yi — forbearing, ambitious, yet afraid of fighting— time travels to an era before the game had become reality. Armed with the knowledge of the future, starting from the bottom to overcome his fear of fighting, Liu Yi rises up to the top, ultimately becoming the Savior and resolving the crisis of the apocalypse.

13
I remember a children's book with math and a world inside a book
2
Light novel where people have abilities and magic and can level up to defeat monsters invading the world
4
Book about a boy testing a new VR game
11
Young Adult Sci-fi trilogy about a world where people can upload their minds but if they die in the simulation they'll die in the real world
10
(Probably) Russian movie or TV series about a boy who makes sentient laser device which talks to him
17
Short story about a scientist who goes into the past to change evolution
7
Book series with a game designer getting shot by a crazed fan and being forced to be an NPC in a game session. Real world artifacts show up in game